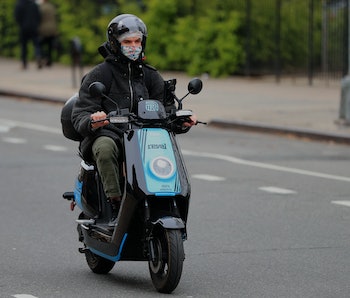 All week long, our podcast Input/Output digs into the big ideas, fascinating personalities, and important stories from the pages of Input. You'll hear from the editors and writers behind the headlines, unpacking unseen context, sharing valuable insight, and giving voice to points of view that illuminate and enhance your understanding of a future that’s just up ahead. We hope you enjoy listening as much as we enjoy making it.

In late July, after two of its riders died in the span of nine days, Revel suspended operations for its electric scooter service in New York City. Before that happened, Input news writer Ian Servantes was injured in a Revel accident of his own. He joins us to talk about his recent piece, Ian investigated how safe Revel’s mopeds are for the average person and questioned the company’s policies. And later: BMW recently announced that by 2023 it’s planning on introducing more than 20 electric cars, including versions of its 5 and 7 Series sedans and its X1 crossover. Should Tesla be worried? Input news editor Craig Wilson joins us to discuss.