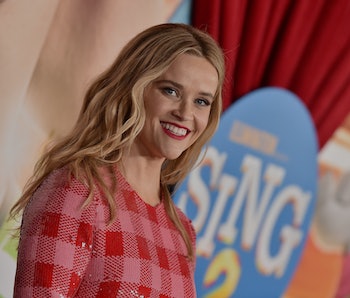 The only other demographic as infatuated with the rise of crypto as generic tech bros happens to be celebrities. You haven’t forgotten the Matt Damon Crypto.com ad already, have you? We’re not here to talk about Damon, though. A less pervasive but equally fascinating celebrity crypto-head is quickly rising the ranks. That person happens to be... Reese Witherspoon.

This week, the Big Little Lies star put out an all-star tweet:

We live in a society — Now, you can almost imagine her character from Election asking her classmates the same question she ends with here. However, there’s a bit more to unpack from this beyond the obvious. This doesn’t appear to be a sponsored post, which suggests Witherspoon was waxing poetic simply for the love of the game. It also goes beyond a simple declaration about NFTs or a specific cryptocurrency — instead, the tweet envisions a future that is intertwined with the metaverse. Adapt or get left behind. Sounds... familiar.

Allow your mind to wander for a second. You have just woken up inside a poorly lit room and standing before you, decked out in leather, is Reese Witherspoon. She extends both hands in your direction and opens her palms revealing... two pills, one red and one blue. Embrace the metaverse and begin amassing a collection of virtual Air Jordan 1s, she says, gesturing to the red pill. Or resume living in your analog reality, she continues, gesturing to the blue pill. Which one do you choose?

Ideally, this growing interest of the Legally Blonde star remains exactly that — an interest to geek out on, rather than helming the next pump-and-dump scheme that leaves fans worse for the wear.