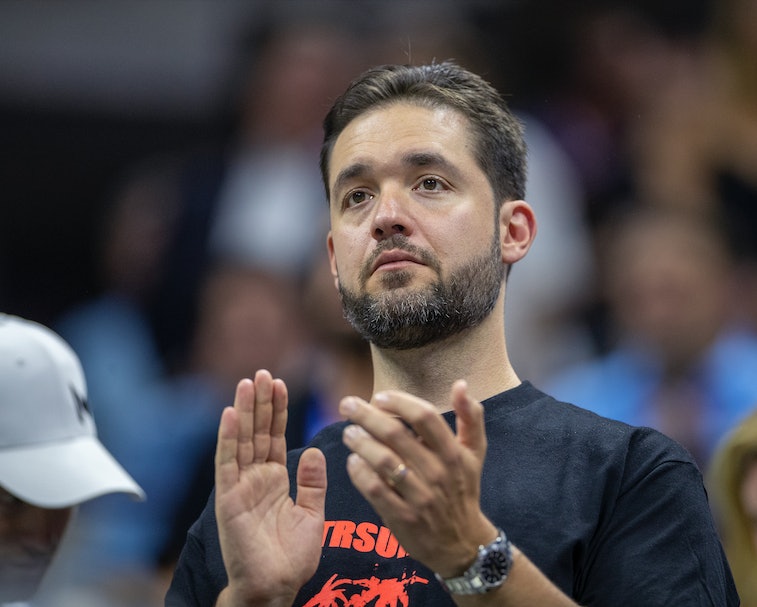 Reddit co-founder and Mr Serena Williams, Alexis Ohanian, has announced his resignation from Reddit's board of directors. The service has long been contentious for its handling of racist and other hate-filled content, and like Facebook, has tended to take a hands-off approach to content posted by its users.

However, unlike at Facebook, where founder, CEO, and defender of racism Mark Zuckerberg can't be pushed out and shows no sign of willingly resigning despite how clear it is to everyone that would be a good idea, Ohanian is leaving his role at Reddit voluntarily, and says he believes "resignation can actually be an act of leadership from people in power right now."

Ohanian says he's urged the board to fill his now-vacant seat with a Black candidate, and that he will use future gains from the company stock he holds to "serve the black community, chiefly to curb racial hate." He's also making a pledge of $1 million to football player Colin Kaepernick's initiative, the Know Your Rights Camp.

"Long overdue" — Ohanian announced the move via his personal website and Twitter on Friday, posting a brief statement along with a video of him delivering it. In the statement, Ohanian says his resignation from the board is "long overdue" and the "right thing" to do. Ohanian joins the growing number of people and companies who've used their platforms to speak out against the police brutality that's prompted the protests and unrest that's rocked the U.S. this week.

"I'm doing this for me, for my family, and for my country," he explains, adding that he's "writing this as a father who needs to be able to answer his black daughter when she asks: 'What did you do?'"

Ohanian concluded his statement by saying, "To everyone fighting to fix our broken nation: do not stop." Though he hasn't been involved with Reddit's day-to-day operations for years, severing his last remaining ties to the company he helped start is a strong statement and a display of leadership others in power — from those who head other tech companies to the head of state — could learn from.

UPDATE: In a statement on Reddit on Friday, CEO Steve Huffman said the platform "will honor" Ohanian's request that his seat is filled with a Black candidate. Huffman also said the company would work with moderators to change the content policy "to explicitly address hate."

I co-founded Reddit 15 years ago to help people find community and a sense of belonging.

It is long overdue to do the right thing. I’m doing this for me, for my family, and for my country.

I’m writing this as a father who needs to be able to answer his black daughter when she asks: “What did you do?”

I have resigned as a member of the reddit board, I have urged them to fill my seat with a black candidate, and I will use future gains on my Reddit stock to serve the black community, chiefly to curb racial hate, and I’m starting with a pledge of $1M to Colin Kaepernick’s Know Your Rights Camp.

I believe resignation can actually be an act of leadership from people in power right now. To everyone fighting to fix our broken nation: do not stop.