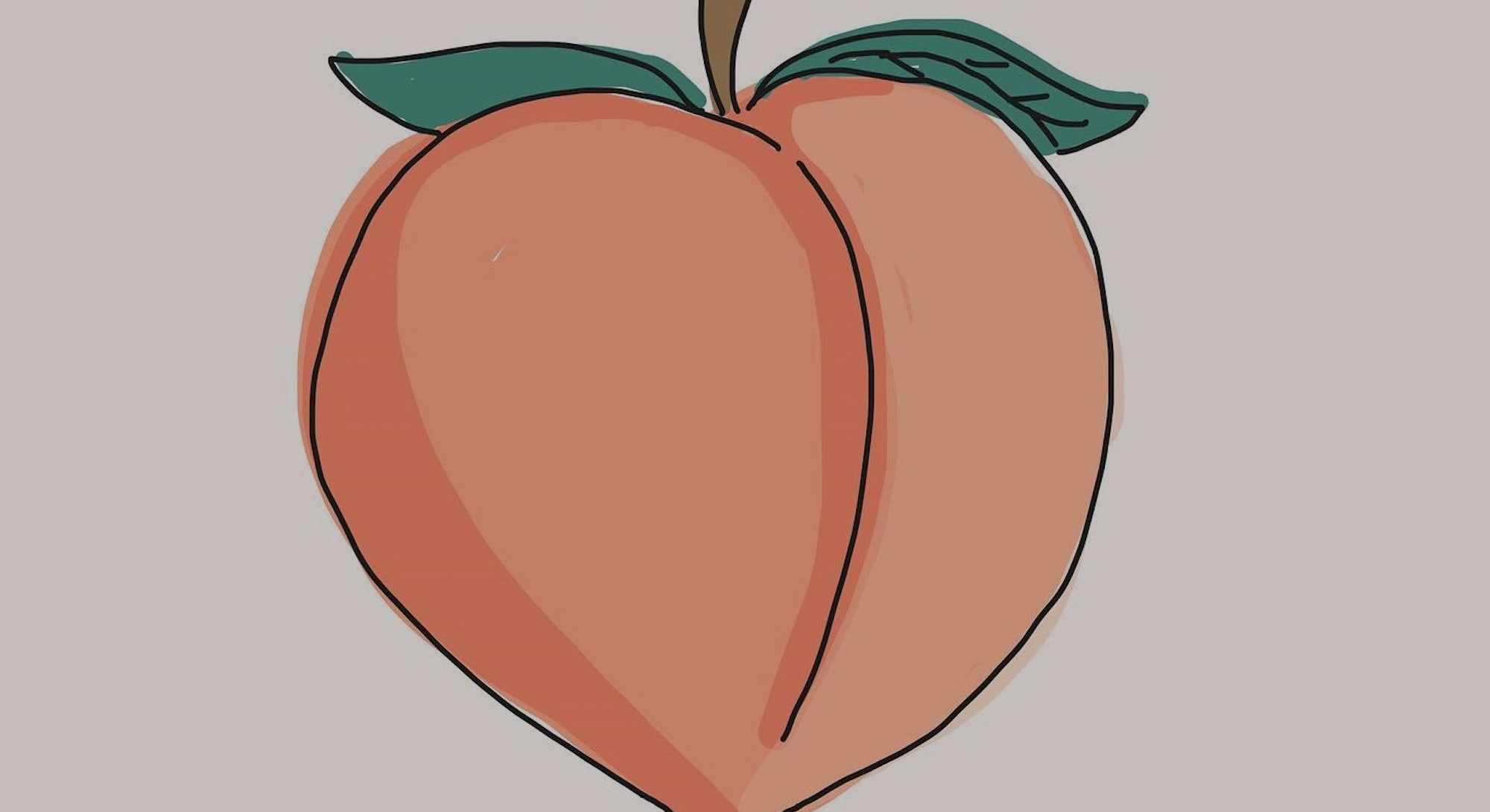 In the illustrated, multi-panel post, Starr, a millennial mother of two, says that she’s been doing a lot of “soul-searching” since she became the focus of Twitter’s ire last month. The vitriol stemmed from a comic she made about her husband taking a peach she felt would be best given to their children.

She writes that she would have to make “adjustments” to her content: “Moving forward I am going to be more thoughtful about the biographical comics I create about our relationship dynamics.”

Twenty minutes after making the post, she spoke with Input from her home in Cape Cod, Mass., addressing the “Peachgate” controversy and how she intends to move forward. “You’re the first guy I’ve talked to about all of this,” she says.

A design studio owner, yoga instructor, and blogger, Starr says she began posting cartoons on her personal account in 2020 as “a fun little creative outlet for me,” before switching her comics to a standalone Instagram profile the next year. “I like connecting with other moms about these challenges we’re all facing,” she says. “It grew fairly quickly.”

The @momlife_comics account was first thrust into the limelight in January 2022, when one of Starr’s posts — about double-standards in relationships, depicting a man who brings home takeout as a “fun dad,” and a woman who does the same as a “lazy mom” — went viral and was picked up by mainstream media.

That, Starr says, was the beginning of her problems. “Things kind of exploded,” she says. “What had once been a very small conversation with like 5,000 to 10,000 people became more of a worldwide conversation.” (Between mid-January and mid-February, she gained nearly 120,000 Instagram followers.) Before then, she explains, “There were a lot of things I didn’t have to say” — namely that she loves her husband, Ben, a lawyer.

Then, on July 29, fellow comics creator Rachel Jane Andelman posted this on Twitter:

“I for one promise to never make comics about how much I hate my spouse, should I ever possess one,” Andelman subsequently tweeted.

The comic about the peach turned into a meme, with some rewriting the panel’s text to more accurately display what they felt was the underlying sentiment. Others took the conceit of the peach, writing 21st century versions of William Carlos Williams’ famous plum poem.

Starr, who does not use Twitter, didn’t become aware of what was happening until the next day. “I woke up on Saturday morning, and had thousands of comments and DMs that were really mean,” she says.

Since her “fun dad/lazy mom” comic went viral, Starr had occasionally received negative messages from men who dislike the way she portrays her husband. “I’m totally fine with nice disagreement,” she says. “I’m happy to have a conversation. But this was the first time I’d had a flood of anger and hate — really mean, scary stuff.” This time around, she was called a “narcissist” and, even worse, the C-word.

“First it was shock and confusion,” she says. “There were a couple of days I thought it would pass, but it kept picking up more and more fuel. People kept coming to attack me.” What made it more perplexing was that the peach comic felt innocuous compared to others she’d done, including ones addressing reproductive health. She was also baffled because it had existed on Instagram since 2020 without issue; she had reposted it in July 2022 on a whim.

“When you throw it up on Twitter and know nothing about these two people, or what my goal is with my work,” she continues, “all you see is what I guess looks like an angry woman and a man who pays for the peaches and can’t even eat the peaches in his own house because his wife is so controlling and crazy.”

The virulence of the response to the peach comic also shocked Starr’s husband, whom she shows the comics to before posting. “At first he thought, This is ridiculous, these people are crazy,” she relates.

Things changed when people found his work website and email address and began messaging him. “Then it started to feel really scary, and there was this feeling of ‘Is this worth it for us? You have this message you’re trying to put out and you care about this and you’ve made this community, but if people are going to be attacking our family, is it worth it?’”

Starr says she considered shuttering her Instagram account. “We both ultimately landed on — after lots of conversations about it — being a little less autobiographical in my comics,” she says. “I’m still going to tackle the same subjects, but less ‘Me and my husband’ and more big picture.”

It’s not a totally welcome transition, she admits. “When you’re really small and have a very small audience and no one cares about you and what you’re saying, it’s not as scary to be really personal,” she says. “But when you know 200,000 people are seeing it — or that someone can take it off this platform and millions of people can see it — you can’t help but start to think a bit more about how you’re perceived by people outside your circle.”

Meanwhile, Starr says that she and her husband continue to address their marital issues. “The topics I tackle in my comics are things that offline — out of the public eye — we are working on,” she says. “We’re working on fixing these dynamics and making the relationship more equal. But so much of this is socialized and cultural and patriarchal.”

That extends to the aftershocks of the initial controversy. “In terms of the internet pile-on, I think that hasn’t affected him as much,” she says. “It did initially, but now it’s over for him. I’m the one still getting the hate stuff.”

But should the internet also have been a little angry at him — and at men in general — for creating the circumstances that led her to draw the comic? “People took this at face value,” Starr responds. “It’s very nuanced. If you’re in a relationship, you understand it’s not about the thing, right? It’s not about the peach. It’s about the fact that I feel, over time, he is able to put himself first, and over time, I have had to put the kids first. Usually that’s a cultural, societal issue.”

She points out that younger Twitter users mocked the peach comic by asking “Are heterosexual people okay?” “Well, no, from an equality standpoint, we’re not — and that’s what this comic is saying,” she explains. “This comic is saying that mothers are expected to be self-sacrificial and fathers are not, and we’ve now got this huge imbalance.”

“It’s put a fire under me to keep talking about this because I see there’s so much misunderstanding around motherhood right now.”

When Input asks whether it’s perpetuating the imbalance by asking her to explain the situation, rather than her husband, Starr says she appreciates the thoughtfulness behind the question. “In our particular case, I’m the one who has decided to speak out about this, and it’s probably because I’m the one who’s suffering — and I say ‘suffering’ lightly as a very privileged white woman,” she says.

“Right now, I’m trying to pull him out of the public eye because I don’t want him to be trolled over and over again, but I hope in the future, when all this calms down, there is a way for him to speak to my audience and speak to what we’ve learned and how we are trying to change,” she says.

That change includes being “extra thoughtful about what I’m putting online and how it could be received,” she says. But being thoughtful doesn’t mean being silenced. “It’s put a fire under me to keep talking about this because I see there’s so much misunderstanding around motherhood right now,” she says, “and so many judgments and stereotypes.”

She worries that if mothers say anything negative about their role in bringing up children, they’re labelled as bad moms. “It hasn’t scared me away from that topic,” she says. “It’s important to keep talking about it.”