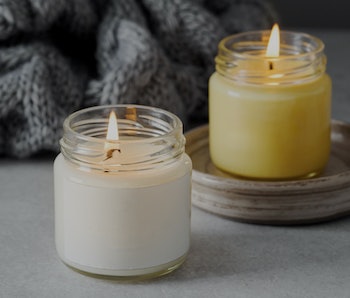 As Omicron surges, scented candles are experiencing a spike in reviews that mention their lack of scent.

In December 2020, the Washington Post reported that complaints about candle scents were an informal proxy for COVID cases based on data from researcher Kate Petrova. In her free time, she scraped roughly 20,000 reviews of the most popular scented and unscented candles on Amazon and found that candle reviews took a massive hit once COVID ravaged the world. While top scented candles averaged around 4 or 4.5 stars, they fell roughly one full star after January of 2020. Unscented candle reviews, however, did not show the same pattern.

De-scent-sitization — “I’ve bought this candle before, and the fragrance would fill the room. This one barely has a scent. Boo.” reads a Yankee Candle Amazon review from December 20, 2021. Similar sentiment can be spotted in other reviews, though some reviewers seem more frustrated: “no scent whatsoever unless you face plant in to the glass vessel. burned it for 8 hours and, ta da, NO fragrance,” reads a December 19 review.

More than just anecdotes — Nick Beauchamp, a political science professor at Northeastern University, used a web scraper Chrome extension to aggregate nearly 10,000 Amazon reviews from top Yankee Candles scents on Amazon (Christmas Cookie, Pink Sands, Kitchen Spice, and Lemon Lavender, in case you were wondering) starting on September 1, 2018. He then identified reviews in the dataset with the phrases “no scent” or “no smell” and plotted them on a graph against time. The data showed that complaints about lack of smell are surging — just like Omicron.

Beauchamp is quick to point out that the reviews are not a perfect epidemiological tool, especially because ‘no scent’ and ‘no smell’ candle reviews peak every winter for which data is available.

For one, there are simply more candle reviews in the winter months. Plotting the percentage of ‘no scent’ complaints shows a less dramatic (but still present) pattern. One potential explanation for the remaining pattern is seasonal colds. Another is the tendency for scents to be weaker in cold air. Odors come from volatile organic compounds, and dry winter air doesn’t carry scents as well. In addition, heat increases compounds’ diffusion through the air, so when it’s cold, there might be less odor wafting toward your nostrils.

But hey — There are potential confounding variables, and there’s also the possibility that trolls added fake reviews to be funny. But hey, if Waffle House Index informs government disaster response, perhaps the Yankee Candle Index is worth something.

Nick Beauchamp told me that he was interested in the data for a few reasons. For one, his dad is a biologist of scent and taste who is interested in the olfactory disruption caused by the SARS-CoV-2 virus. Second, he’s a computational political scientist with extensive experience using social media data to track or predict real-world events. His current research explores the correlation between words or phrases on Twitter and rates of COVID, and while he hasn’t published his research yet, he hinted that stress-related language appears to have interesting correlations with COVID rates (which shocks nobody).