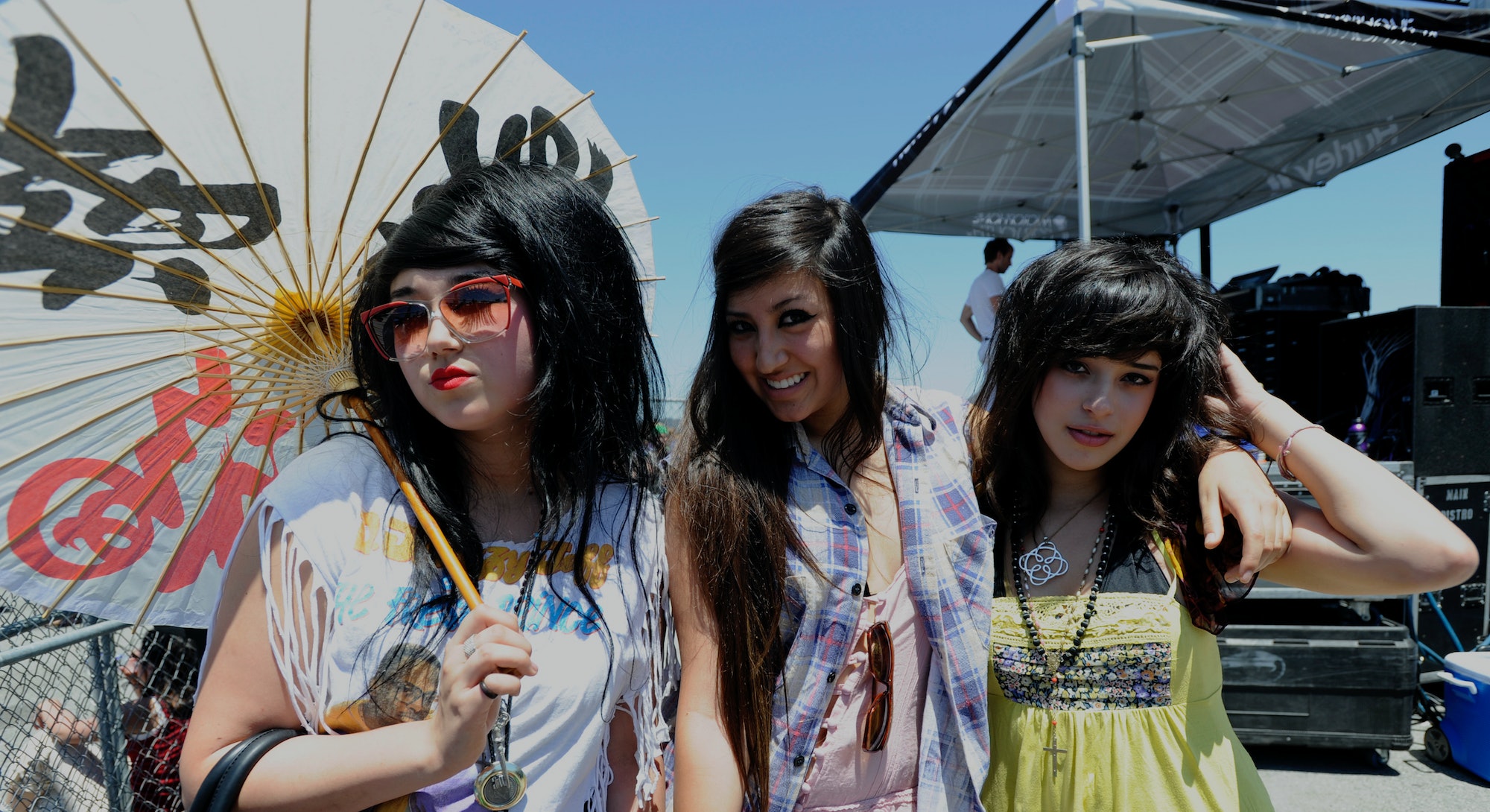 Your Myspace footprint no longer exists. Every Sony Cybershot selfie, esoteric bio, cutthroat Top 8 selection, and carefully altered HTML layout has been deleted from the internet altogether. In the Great Site Migration Massacre of 2015, every piece of content generated since the platform’s inception in 2003 was accidentally lost — and a major piece of our collective online history was erased forever.

I found this out the hard way, as I tried combing the depths of the internet in preparation for this very story. I thought I’d start with my own Myspace page, bracing myself for a brutal history lesson in my preteen aesthetic choices: violent hair teasing, eyeliner encircling the entire eye, and various lamé pieces courtesy of American Apparel. But after reading a few articles explaining why my page was unsearchable, I knew I’d never see the relics of some of my most formative fashion years again.

As someone who has been Very Online for roughly 15 years, I suspect that much like my childhood, my early internet behavior has informed my understanding of the world today in ways that are greater than I could ever imagine.Myspace was just the beginning. Depending on your age and online experience, you might know that there was an entire ecosystem of social spaces on the internet before MySpace was even a twinkle in Tom’s eye — starting with AOL Instant Messenger (1997), and followed by the first official social network Open Diary (1998), LiveJournal (1999), and Friendster (2002).

Myspace was the place many of us learned the basics of HTML coding, the tender but distant nature of online connection, and how to neatly package yourself and your style to create an easily-digestible internet persona. There was gratification in curating a space of your own, one that felt like both uninhibited and aspirational versions of yourself. We didn’t know it then, but we were readying ourselves for a future that would eventually require it of us. We were learning to build our personal brands.

In the span of just years, a generation of kids whose cultural consumption primarily came from TV and magazines were given a surplus of access to our peers, celebrities, and total strangers—including their likes and dislikes as they changed in real-time. And for many, fashion subcultures were Myspace’s most impactful export at the time.

“Simply speaking, a fashion trend is a ‘social norm’ where the majority of people are obligated to conform,” says Dr. Jaehee Jung, a professor at the Department of Fashion Apparel Studies at University of Delaware and specializes in fashion psychology and consumer behavior. “Like many other social norms, individuals can feel they are left out or deviant from societal standards if they don’t participate in following fashion trends. Ironically, while fashion encourages individuality, most people who dare to be different end up participating in what’s popular at a particular moment in time.”

While there are few fashion conversations more satisfying than the subtle nuances of the Myspace era’s scene vs. emo subcultures, now that the aforementioned styles are near-extinct — or at least existing as a type of fashion history cosplay on TikTok — it becomes clear that our online identity-building was always more about feeling seen than it was about trend-setting. Connection was the mission; style identity was the bridge.

“A fashion trend is a ‘social norm’ where the majority of people are obligated to conform.”

“My family moved a lot growing up and I found it very difficult to make new friends due to social anxiety,” Dani Artaud, previous member of the extremely Myspace band The Millionaires, tells Input “I wasn’t very tech-savvy at the time. I don’t remember how I even discovered Myspace, but once I did my life changed forever. I could finally make a bunch of new friends from all over the world, while also expressing myself through my profile and pictures. I had no plan whatsoever as far as branding or building a following for the future. It was all very organic and fun.”

Much like the platform itself, Artaud’s interest in both fashion and music were given equal weight when she and her bandmates, Melissa Marie and Allison Maria Green, started getting traction on the music they posted on the site. The Millionaires were a party-hungry, chaotically styled all-girl group whom Dr. Luke was rumored to have ripped off when manufacturing Ke$ha’s entire aesthetic. They were what was more affectionately known as Scene Queens, one of the most coveted Myspace personas to have, defined by their skunk-striped extensions, Hello Kitty accessories, and ill-conceived tattoos.

“There was definitely a [lot of partying] with the ‘scene kids’ in L.A. and the O.C. People would make fliers and share them all over Myspace and hundreds of kids would flock to some random-ass house to drink and dance and just be insane,” Artaud says. “Everyone would come dressed to impress in their newest and flashiest outfits. You could really get a lot of inspo just by going and soaking it all in.”

Hanna Beth Merjos was also what many people consider to be one of the Original Scene Queens, and therefore, one of the Original Influencers. With her signature dark, deeply parted tresses and the non-stop gossip surrounding her friendships (with other Myspace darling Audrey Kitching) and relationships (with band members from Metro Station and Boys Like Girls), she became the blueprint for today’s influencer crowd. Scene Queens, at the time, were celebrities in their own right.

Speaking on the popularity of scene style in the early 2000s, Merjos says, “It reminded me of the whole punk fashion movement in the late seventies. I loved that the fashion was also so tied in with the music from those scenes — it was a whole community. I loved being part of it because it felt like the weirdos had now become the cool kids. It was definitely a really fun part of my life. We were basically influencers, but that term hadn’t been created yet.”

Merjos did ultimately become an influencer, though. She made the move that many tried and failed to do: turned her MySpace popularity into a career. What began as the internet’s voyeuristic draw to a 15-year-old girl posting pictures in self-styled outfits, ended in a book deal, reality-show gig, and almost 300,000 followers on Instagram. She did what nearly everyone with a social media presence today is attempting to: attract, keep, and monetize from mass attention.

But, naturally, there are various parts of internet culture today that simply couldn’t have existed back then that very much rule the webscape today — like brand partnerships. According to a report from Business Insider, it’s predicted that the marketing industry’s spend on partnerships with influencers will be upwards of $15 billion by 2022. The question of authenticity when influencers proclaim an obsession over a product or piece of clothing has become convoluted to say the least.

Myspace was not without its toxic, even harmful, traits — but it did foster a sincerity amongst its users that can no longer exist in the same capacity.

If, by many accounts, influencers of today pedal the glossy glorification of a one-tone existence — one that narrowly exists outside of near-delusional positivity and financially-backed enthusiasm — did Myspace give us permission to be honest? Be angsty? Be lonely? Or just to be teenagers in our bedrooms, unknowingly writing our own histories? As we get older, it becomes harder to remember.