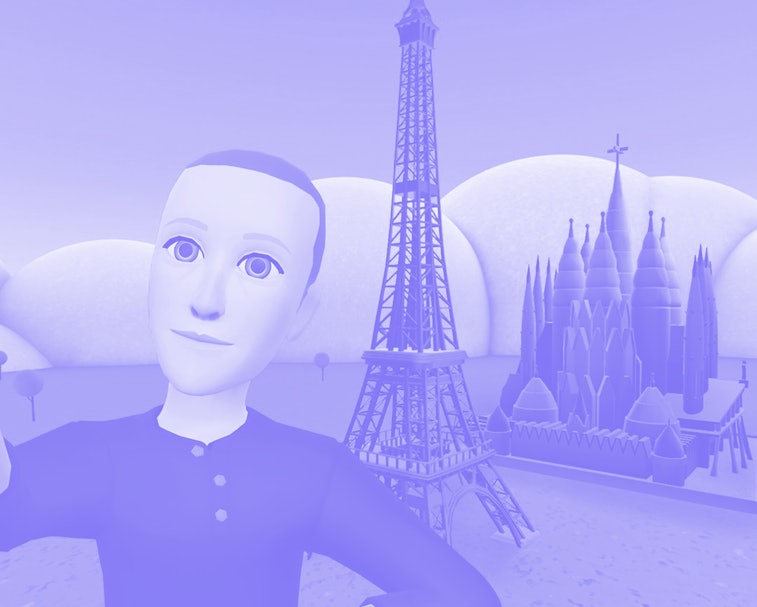 The internet loves to poke fun at Mark Zuckerberg, but there’s something about metaverse jabs that just hit different.

Take, for example, the recent European rollout of Horizon Worlds, Meta’s sandbox-like VR platform where Quest users are meant to congregate, consume, and live out their verdant Second Life fantasies.

What was meant to be a momentous occasion marking the expansion of our alleged VR future turned into a free-for-all roast of Zuckerberg’s announcement selfie, including one of my personal favorite reactions:

Is it surprising that people seized Meta’s announcement as an opportunity to dunk on Zuckerberg? Not in the slightest. But to Meta, and to Zuckerberg’s grand vision of funneling Facebook and Instagram users into the metaverse, poor feedback isn’t just run-of-the-mill trolling: It could be a poison pill.

The metaworst — More than anything, the metaverse is still just a pitch of what’s to come. Meta has even conceded from the beginning that the technologies needed to create a new VR infrastructure are far from a reality, which is exactly why the company is frantically pouring money into R&D for new VR hardware.

Given the fact that the metaverse is still just a promise, it’s crucial that Meta gives people something — anything, really — to look forward to, and not just, say, Nintendo 64-era Link.

Though Meta has the resources to create an ecosystem from the ground up, a platform can only exist if there’s an active and engaged user base willing to spend time in it. When Meta promises A Big New World with one hand and delivers a PG Second Life lookalike with the other, it risks narrowing that field of hopeful metaverse converts every day.

Maybe detractors will be eating their words when Meta’s enormous investments give way to the lynchpin technological breakthroughs needed to render us a believable, engrossing, VR paradise, but right now people seem to agree: that future is a difficult one to envision.

One thing is for sure: The metaverse train has already left the station, so Meta only has one option, and that’s to give people something worth diving into or die trying.

What’s next? — While it’s easy to be skeptical of something that doesn’t yet exist, it doesn’t mean Meta’s vision is beyond the realm of possibility. Look to the internet’s quaint beginnings as a government database for proof.

It’s entirely possible that Meta’s early showings of Horizon Worlds — which has been around for less than a year — are just an underwhelming precursor of an actually bright VR future. No one can say for sure.

The problem is that Meta has done little to instill faith that it’s capable of executing its dreams, especially in uncharted territory. Its core platforms are still riddled with misinformation and mismanagement and tend to veer more towards chasing competitors than setting a new, exciting standard for what social media (or the internet) can be.

Personally, I think a VR-centric future is something to be excited about, but like Twitter’s most incisive Meta critics, I’m still waiting for proof that future isn’t just a Roblox ripoff.