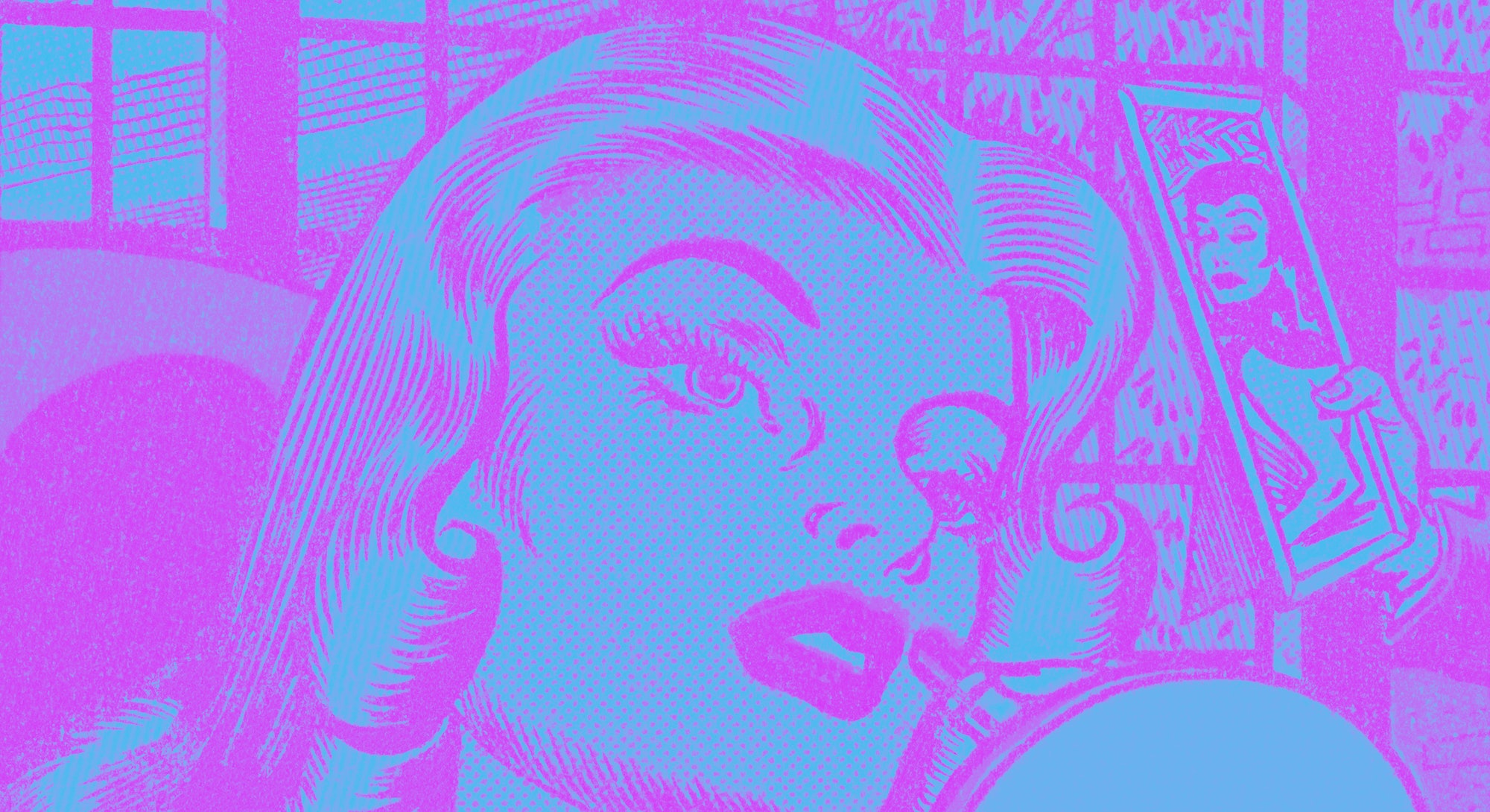 As one of the newest and shiniest kids on the social media block, TikTok has spent the two and a half years since its launch racking up a dedicated userbase of (mostly) teens around the world. It’s also become the surprising host to what is arguably one of the clearest examples of lesbian culture online today.

TikTok usage has boomed since lockdowns were globally enforced earlier this year. In the first 23 days of March 2020, the app saw a 27 percent increase in downloads compared to the month before, filling the social void with dance trends, educational tutorials, bizarre challenges, and funny memes. Like many a person in their twenties, I downloaded the app for a laugh. But I have to admit, I didn’t know quite how hooked I’d get when the algorithm led me to Lesbian TikTok.

What originally appeared a few sporadic videos that played around with lesbian stereotypes turned out to be a much wider phenomenon.

Scroll through the lesbian hashtag and you're met with video after video featuring the infamous eyebrow slit, the oversized shirt, and lip-biting very close to the camera. If you know what you’re looking for, classic Lesbian TikTok content is not hard to identify — and the creators are very much aware of this, making fun of that fact in videos like Alicia’s (@aliciacastro___) How to Make a Tik Tok Lesbian in 4 steps.

Once you’ve spent more time taking in the content, however, it reveals itself as so much more than a fleeting trend. The creators behind these videos agree. Antonette, @antonettechan, who has 76K followers, sees the overall group as a “collective community” that is “filled with women trying to educate, entertain, welcome, and involve other gay women.” Kate, @bluenbroke, who has 99K followers, echoed this, saying she saw it as a “community” and “support network.”

It’s a little unexpected that such a community has sprung up on this particular platform in the first place. TikTok isn’t as predisposed to group creation and messaging as the more veteran Facebook or Instagram, and unlike other more organized spaces, there was no initial plan or drive to get people together. It was organic and evolved as more people contributed their videos and conversation. As such, the answer to “why TikTok?” is not a single answer.

For one, the format has its benefits. Kate comments it’s “very quick and witty” and the content tends to be “audience engaging.” It lends itself to making quick statements of identity that are funny and instantly recognizable. As the app is most popular with those in their teens and early 20s, it’s become a way of creating a new lesbian culture based on 21st Century experiences. It’s self-perpetuating. Alicia, who makes content with her wife for her 375K followers, explains this. “As you scroll through more videos TikTok starts to notice what type of videos you are liking and will start composing your ‘FYP’ [For You page] …. Thus, after liking a bunch of videos made by lesbian creators you will find yourself deep in ‘Lesbian TikTok.’”

In general, it’s joyful and funny. Especially during a Pride month spent in lockdown, getting lost in content about queer people like you is affirming. Seeing other lesbians proudly talk about sexuality is refreshing and reminds you of the usual queer spaces you'd be moving around in if circumstances were normal. And what’s more, 27 percent of Tik Tok’s users are 13-17. Amongst these teenagers will be young people questioning their sexualities who can find advice and a sense of belonging in such an online space.

With her own content, Antonette says she wants to “help people along in their own journey figuring out their sexuality.” Alicia adds that she receives “messages every day asking for advice on how to come out or telling [her] that [her] videos have given them hope for the future.” There are some issues, though, that become apparent once you’ve scrolled perhaps not that far. TikTok channels dedicated to lesbian content can appear very homogenous — being white, slim, and similarly dressed. Antonette comments on this, saying she believes that “TikTok could be more inclusive of all races of lesbians” and that “the most popular lesbian TikTok creators are primarily white.” Kate echoes this: "I don’t see enough black lesbians on the app.”

“Alas, no one seems to have told the next generation that ‘stud’ is a Black word.”

While there’s a general agreement that TikTok overall is diverse in many ways and the lesbian community is very welcoming, there is a clear disparity when it comes to race. It’s perhaps this disparity which led to ‘Stud’ being used so frequently by White lesbians as an identity on the app.

There seems to be a lack of awareness that Stud was a term created by and for Black and Latinx lesbians. Laura Lane-Steele in her study of Black lesbians in 2009, defines a Stud as “a Black lesbian who embodies masculinity.” In her work, it’s very clear it is non-white specific. Yet this term has become integral. Perhaps it can be summed up in Sarah Prager’s article, 'Dear White Lesbians: You Are Not Studs,' where she notes: “Alas, no one seems to have told the next generation that ‘stud’ is a Black word.” Of course, Lesbian TikTok is also subject to the general dangers of internet activity. Alicia particularly worries about the “hateful comments” she and her peers get, as she “can’t imagine how detrimental this could be for a young person.”

It’s a positive space overall, if one that is out of touch with its history. But, there seems to be an effort to change this.

One video may talk about the link between Black Lives Matter and Pride, whilst another reminds us that ‘Pride originally started as a riot’ with a catchy tune. It’s all fairly new and still being carved out by the next generation of lesbians. Whether it will be short-lived or not is yet to be seen, but for now, it offers community and solidarity for lesbians worldwide, and we need that now more than ever — even if some of those thirst-traps verge on the side of cringe.