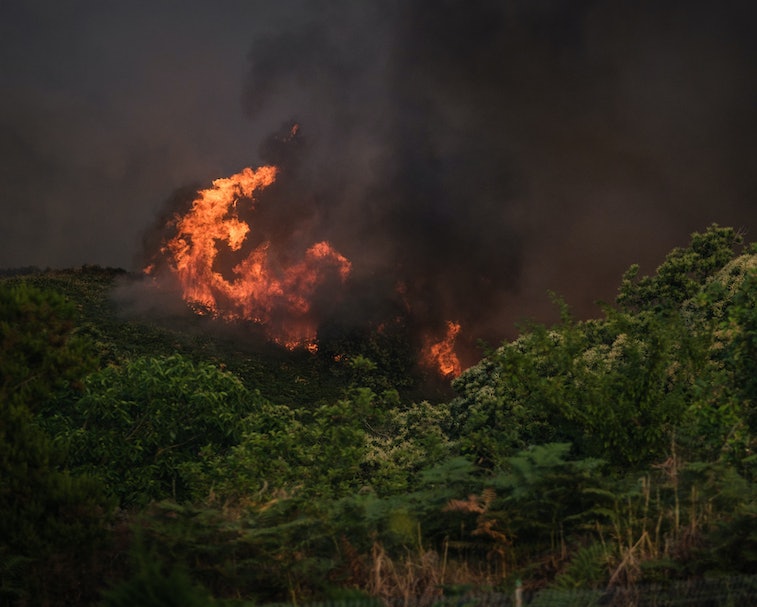 Land Life, a reforestation company based in Amsterdam with operations in Spain and California, issued a public statement following a forest fire that wiped out 35,000 acres of land in the Northeastern region of Spain. Aside from the environmental toll on the local community, over 2,000 people from the area were evacuated according to Protos.

The carnage, which took place this past Monday on July 18, began after a contractor was helping carry out a project in Ateca. A spark was created while using a “retro-spider excavator” to lay preliminary groundwork for a winter tree-planting — the tiny blip was enough to ignite nearby shrubbery, ultimately causing the devastating fire.

Where does blockchain come in? — Land Life’s primary goal is to reduce carbon emissions by planting trees in areas that have become degraded. As noted on the company’s website, technological-driven initiatives play a big role in how it carries out projects, with “drone based terrain analyses,” and “GPS enabled automated-planting systems.”

Back in 2018, Land Life raised €3.5 million in a round of Series A funding, and within that announcement, noted “blockchain verification,” as part of a range of technologies, including the ones listed above, that would be incorporated into its planting practices.

With an unprecedented heat wave taking its toll across Europe, including Spain, high temperatures and dry land conditions have been conducive to wildfires. Accordingly, the government of Aragon (the region where the forest fire took place) had recommended that companies avoid reforestation activities in lieu of the added risk.

This caveat was emphasized in Land Life’s statement as they stated “the contractor, a local company with extensive experience in the area, had the appropriate authorization issued by local and regional authorities.”

Just one month ago, on June 20, the new-age sustainability company caused a fire in the same area, taking out about 50 acres of land. The mayor of Ateca emphasized this similar misstep, as reported by the Heraldo: “It is not good that it happens once and that they continue working.”

Land Life, in its statement mentioned above, has “opened an investigation to clarify what happened and to determine responsibilities.” Let’s hope that involves suspending activity for the duration of the Summer.