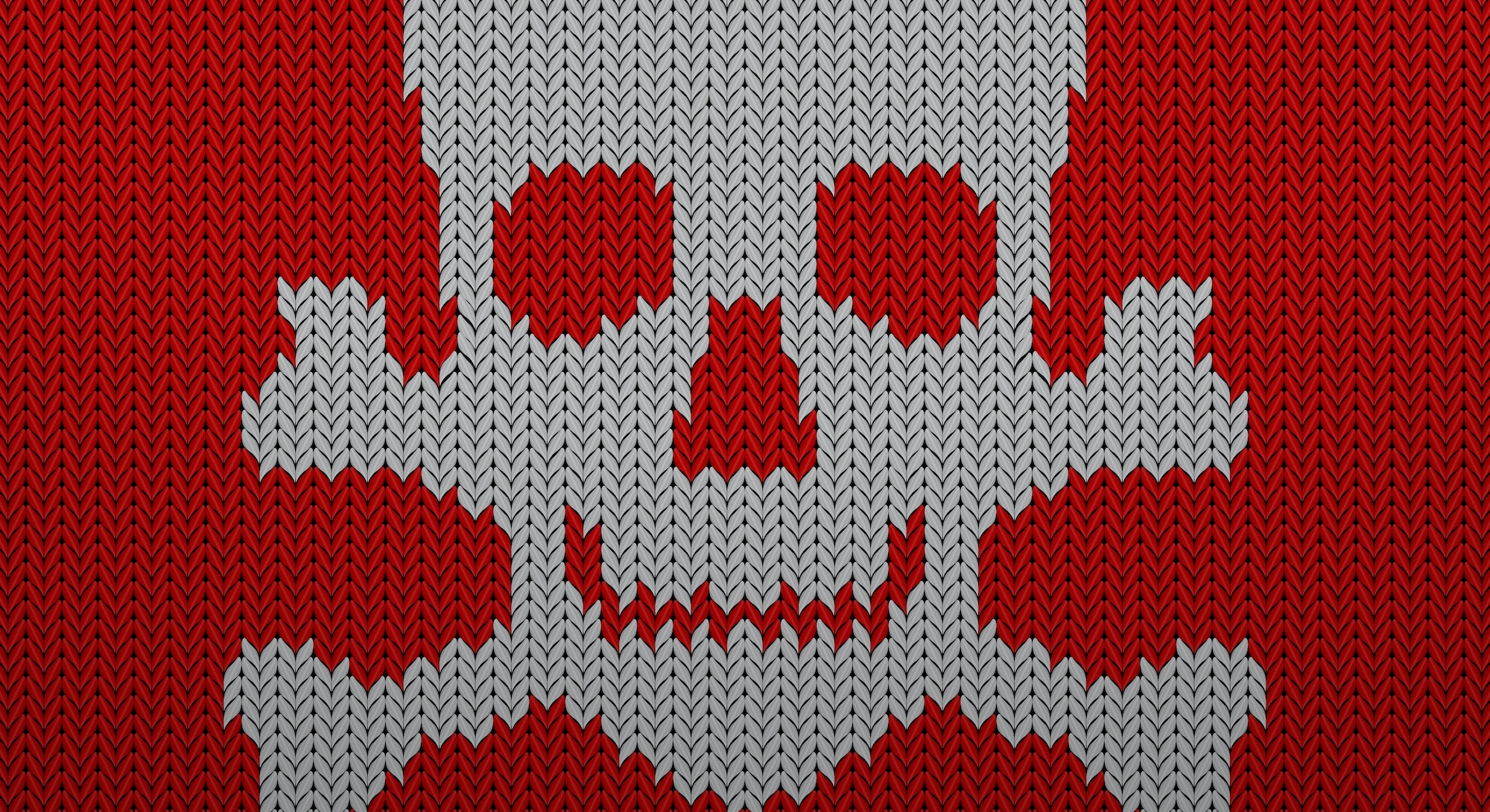 Michael Jackness has been in the world of e-commerce for nearly six years. In that time, he’s recorded more than 400 podcast episodes and written a slew of blog posts documenting the journey he and his EcomCrew business partner Dave Bryant have been on.

“The thing that we've done uniquely has been sharing everything that we do: All of our brands, all of our products, our successes, and our failures,” says Jackness, who is 45.

That transparency has helped the two — Jackness, based in San Diego, and Bryant, from Vancouver — build up a big audience for their exploits in the e-commerce industry. But over the last few weeks, their openness appears to have backfired: They’re now under attack from the online knitting community for their plans for the site Knitting.com — and the controversy threatens to derail their new venture.

On February 16, EcomCrew published a blog post and accompanying podcast outlining their latest attempt to launch an e-commerce business. The since-deleted post explained how the duo were going to build a seven-figure brand in the next 12 months based around the knitting niche. The pair revealed that they’d spent $80,000 — of a planned budget of between $250,000 and $500,000 — in order to buy the dormant domain knitting.com. The plan was to launch an Amazon-based direct-to-consumer retail brand.

Jackness tells Input that they chose knitting because of its similarity to a previous business that EcomCrew had succeeded in: coloring books for adults. “We created a very successful coloring company [in 2016] that had incredibly good reviews that people just really couldn’t get enough of,” he says. “We paid our artists really fairly, and gave them all the credit. We provided amazing customer service. We provided community events and color-alongs.”

What they hadn’t counted on was the knitting community’s response to their business proposition. On February 23, a user posted a link to EcomCrew’s blog post on r/craftsnark, a craft and sewing subreddit, dismissing the notion that they could build “a $10m/year [sic] business” in a year. The thread, which currently has more than 500 comments, quickly spread beyond Reddit and onto Twitter, where it was widely retweeted and reposted.

“To give you an analogy, it was like two guys with an air fryer under their arm, walking into the oldest restaurant in the country and proudly explaining how they were going to make a million dollars in a year selling air-fried frozen chicken nuggets from Costco,” says Amy Nowacoski, a New York–based marketing strategist and knitter who was one of those to highlight the issues with the Knitting.com plan.

Nowacoski says that EcomCrew has either overlooked key concerns or made incorrect assumptions about the knitting community. First off, she says, the pair made the assumption that yarn is yarn — a fatal flaw in a yarn-based business.

“If you’re just starting out knitting, you might go to Michaels or Hobby Lobby and just indiscriminately pick up a ball of yarn,” says Nowacoski. “That’s completely fine, but once you get past that in your craft, your entire world explodes and you have options that you cannot fathom.” Nowacoski points out that with some of the yarn she uses, she knows the name of the sheep it came from.

Knitters also question EcomCrew’s focus on Amazon. “No one I know buys yarn from Amazon,” Nowacoski says. Jackness says that he knows there are purist knitters who have a strong affinity for the products they use. “But there are also tens of millions of dollars of knitting products that get sold on Amazon every year to people who aren’t that serious about knitting,” he says.

The pair pinpointed cheap Chinese manufacturers as their main competition on Amazon. “They went on to say that Chinese manufacturers can’t create content in the knitting world because knitters don’t want to see Chinese people in videos,” Nowacoski says. (“You can’t really have Chinese models in your videos,” one of the men said on the podcast. “As you know, there’s a bias towards having Western models in videos.”)

Jackness pushes back hard against the accusations of racism. “One thing that’s actually pretty funny here is that I’m married to a Chinese woman,” he says. “And so is Dave.” Jackness has been married to his wife for 16 years and spends a lot of time in China.

“In the same breath that they’re telling us ‘You’re racist to Asians,’ they’re also talking about how there’s cheap Chinese knock-off crap on Amazon,” he says. “You can’t have it both ways.”

Jackness and Bryant also have detailed their plans to turn Knitting.com into a major destination for knitting content, including patterns and videos. The site would then funnel traffic to Amazon or their own Shopify store.

Creating content is an “amazing idea,” says Nowacoski. But the issue is that doing so costs money. “The community has been extremely online for two decades now. This is not our first rodeo. This is not the first time somebody has come into the community and expected free content in exchange for ‘exposure,’” she says. “We have literally been there, done that, and don’t want to do it again.”

But that’s not the business plan, insists Jackness. “It’s all speculation from the knitting community,” he says. “They just assume that we’re going to do this, this, and this, and steal people’s patterns. Or mansplain to them how to do certain things.” It’s a point of frustration for the entrepreneur. “We never really had any opportunity to talk about or show what we’re going to do.”

What got knitters most riled up, however, was the stereotyping of their community. When discussing the preexisting businesses and brands in the space, Jackness and Bryant said on the podcast that it was a few big creators sponsored by corporate brands and “everyone else is a grandma that has a little blog.”

“Someone comes in thinking they are going to make a quick buck out of an industry they haven’t researched properly.”

“They took from it that grandmas don’t matter, or we don’t respect these things,” Jackness says. “The reference, clearly, was to one particular blog we were looking at in our research that has the word ‘grandma’ in it and I don’t think has been updated for 20 years. It was made with Microsoft FrontPage and has a broken Flash Player on it.” Jackness calls the whole issue “so freakin’ ridiculous”.

Nowacoski doesn’t think so. “The whole ‘grannies with a blog’ comment set people off because yet again another example of where cishet white men walked into a space that is already thriving and developed and they act like they just discovered it and are going to revolutionize it with ideas we have already tried and perfect a decade ago,” she says.

Scottish designer, writer, and knitter Karie Westermann echoes Nowacoski’s comments. “I’ve honestly seen a lot of these situations,” she says. “Someone comes in thinking they are going to make a quick buck out of an industry they haven’t researched properly. These people usually exit quickly.”

She adds, “Dropping $80,000 on a domain name just after relatively big and well-established players in the market have had to fold struck me as wildly optimistic,” she says, referring to sites like Deramores.

“It’s a tough marketplace, where specialist knowledge is required, margins can be tight, and brand loyalty can be fickle,” she says. “I think the idea that the industry is dominated by women might have played into the amount of research done.”

Both Westermann and Nowacoski believe that, given Knitting.com’s reception so far, a fundamental rethink — if not outright scrapping of the idea — is in order.

But that’s not going to happen, says Jackness. “It’s been very reminiscent of high school,” he says. “It has a very bullying halo around it, and it almost feels similar to a Salem witch trial where just without any facts or real premise for anything, we’re going to point a whole bunch of fingers.

“It became clear,” he continues, “that no matter what we said or how we said it, it wasn’t going to be well-received in any way. So our feeling is like, Let’s just go do what we’re going to do. Maybe some of them will realize that we actually have really good intentions, which we do. And we legitimately think that we can make improvements that make a positive effect on the knitting community.”

“I appreciated Mike and Dave being really enthusiastic about building community within craft.”

Jackness also admits that there’s no way they can back out of the business now. Not just because of the $80,000 invested into the knitting.com URL, but the other cash earmarked for the project (he declines to provide those figures). “We’re in a position where we have no other choice,” he says. “We’ve hired people, had them leave their jobs, and made a bunch of promises to them. These are people in the knitting community — the exact people that they were attacking, basically.”

Among them is Hannah Maier, an e-commerce marketing and branding specialist who has more than a decade working in the knitting industry and 20 years as a hobbyist. The 34-year-old from Portland, Oregon had left the knitting industry, but was drawn back to it after an out-of-the-blue call from a former coworker who knew Jackness and Bryant. Maier met with the EcomCrew co-founders and came around to their idea.

“I appreciated Mike and Dave being really enthusiastic about building community within craft,” she says, speaking for the first time about her planned role in the Knitting.com project. The idea of coming in on the ground floor with a startup project also intrigued her, after years of working within established brands in the industry that were reluctant to embrace new things.

“They were really excited to experiment with some things and try to approach some of the tried-and-true crafts and products and come at it from a different angle I hadn’t seen before,” she says. “That’s why I’m here.”

When asked what went wrong with the rollout of Knitting.com, Maier laughs. “I think there is a conversation style and messaging that is very prevalent in craft that is different than other industries,” she says. “There are also a lot of stereotypes that knitters have worked against.” Knitters are never afraid to tell someone that they’ve done something wrong, she says, “and I’ve always appreciated that.”

“There’s a lot of assumptions being made for how we’re going to approach this. And we haven’t talked about it yet.”

She adds that EcomCrew’s transparency is what’s hindered them. “A lot of other brands communicate their mission statement in terms of supporting the community and providing a service — which is absolutely true — but then they don’t talk about the fact that underlying it there is revenue, inventory, and sourcing, and the logistics of the business,” Maier says. “That gets glossed over. It’s an industry, like other industries.”

While Maier admits she wouldn’t have said things the way EcomCrew did, she thinks being open about how it’s building a business in the e-commerce world is important and admirable. She points out that the knitting community has traditionally seen its labor undervalued and been asked to work for free, but that Knitting.com had no intention of doing so. “There’s a lot of assumptions being made for how we’re going to approach this,” she says, “and we haven’t talked about it yet.”

Maier remains excited about the potential of Knitting.com, even if it has been lambasted by her peers in the community. “There’s only so many ways you can innovate knitting needles,” she says. “But there’s a lot of room for giving knitters an even better experience.”