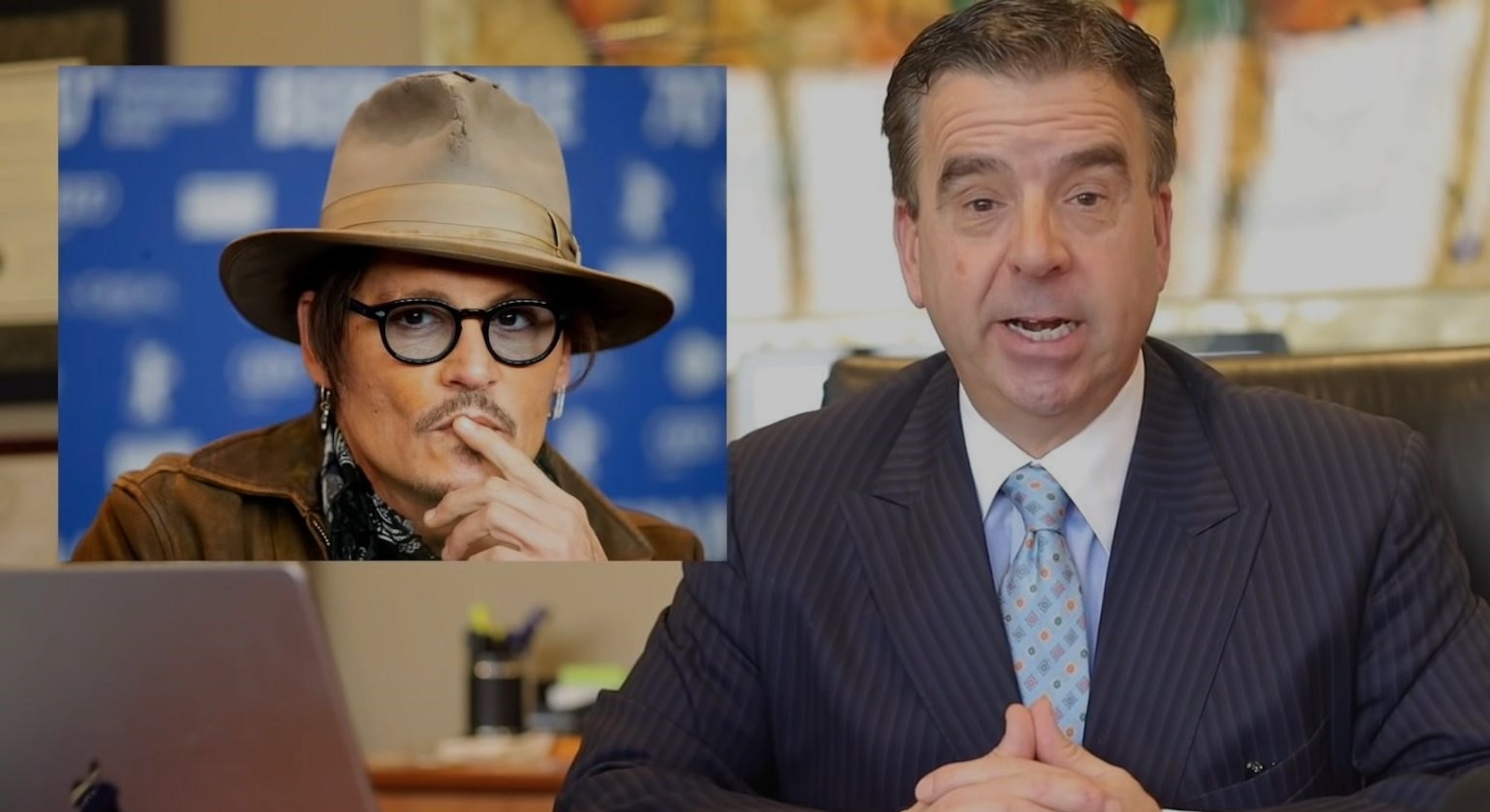 Like most people, he looks on men who hit women with contempt. On the extremely rare occasion that he represented one of these men in court, he found them to be controlling, cheap, and incapable of taking responsibility for their actions.

So when Rivers decided to make YouTube videos about the Depp v. Heard case — a defamation dispute over allegations of domestic abuse and sexual violence between former spouses Johnny Depp and Amber Heard — he admittedly started out with some bias. Without having much background on either plaintiff, he assumed Depp — whom he notes is “looking like crap” — was at fault.

It wasn’t long until he changed his mind. In the weeks that followed his first video, Rivers has criticized the decisions and conduct of Heard’s lawyers and posted testimony highlight clips in which he accuses Heard of overacting on the stand. In that latter video, he includes the analysis of a body-language expert, to help viewers contextualize what he perceives to be Heard’s lies — even though the study of body language is considered a pseudoscience and would not be admissible in court.

“They couldn’t bring this body language expert into trial to say that Heard is lying,” admits Rivers, who started his own law firm in his home state of Minnesota in 1998. “But in the court of public opinion, we can say pretty much whatever we want. It’s just entertainment.”

He shares this “entertainment” with 536,000 subscribers on his YouTube channel, which started out in 2019 as a project with his now 25-year-old son. (It was previously dedicated to reviewing rap songs by drill artists from a legal perspective.) Rivers is one of a number of YouTube lawyers who have been covering the trial — which resumes today at Virginia's Fairfax County Courthouse — via livestreams and recaps. These attorneys, who often lean into controversy, are racking up millions of views — and tens of thousands of dollars — in the process.

Peter Tragos, a 34-year-old civil lawyer and former state prosecutor from Florida, saw the Depp v. Heard trial as a rare opportunity to discuss and educate the public on his specialty, civil law. He provides live commentary and daily summaries of the trial via his YouTube channel, Lawyer You Know, which has more than 75,000 subscribers. “My YouTube account said I made $15,000 over the last 28 days,” Tragos reveals.

Tragos hosts live YouTube sessions where viewers can pay to have their questions read out, although he does answer some for free. In addition, he’s selling “Muffins Mules & Mega Pints” T-shirts, which refer to some of the viral blunders made by lawyers in the trial.

Tragos claims he’s not motivated by money. “I love to explain how the civil process works, all the way from jury selection to calling witnesses and cross-examination,” says the lawyer, whose livestreams have gone from an average of 3,000 viewers per stream to more than 11,000 over the course of the trial, which began April 11. “Just explaining all that and talking to people that are interested is incredibly fun.”

YouTuber Emily D. Baker, a 44-year-old legal consultant based in Nashville, was drawn to the trial for similar reasons: It allowed her to use the knowledge she’d built up during her 10 years as a district attorney in California. “I get to educate people as to why I don’t think the objection is good or why I think the judge’s ruling is wrong. This trial is all I want to talk about, and now I get to talk it through with my community instead of yelling at the television by myself,” says Baker, whose YouTube channel has 337,000 followers.

Her stream of the trial hit a peak of 67,000 viewers on Thursday, May 5. “I’m not going to mince words — particularly when Amber Heard is testifying to things like sexual assault — to get around YouTube’s monetization policies,” explains Baker, who says she only monetizes videos where sexual violence is not discussed and otherwise relies on donations from her followers. “I’d rather have it be community-supported anyway — it helps me align with what my community wants and not worry so much about the YouTube algorithm.”

Unfortunately, the community following the Depp v. Heard case seems to be hungry for blood, served with a side of internalized misogyny. On platforms like YouTube and TikTok, sentiment toward Heard is so poor that her testimony on abuse is being mocked on a mass scale — and more often than not, it’s being done by women.

Tragos’ viewers are 70 percent women, while Baker describes her following as “heavily female.” Rivers says his female viewership leaped from nine percent to 51 percent when he began to cover the trial. The comments section of all three YouTubers’ videos are littered with responses from distraught female followers who claim to be abuse survivors and feel that Heard, whom they believe to be lying, is making a mockery of their trauma.

This is all something that weighs heavily on the mind of Baker, who has made her best efforts to remind viewers how complex domestic violence can be. “People don't experience trauma one way,” she says. “Some might believe a person needs to act a certain way to prove they’re a victim, and those are some really damaging and harmful preconceptions.”

Although Baker also leans toward siding with Depp in many of her videos, she has been horrified by clips on TikTok that openly mock Heard’s testimony about rape and sexual assault — and can’t help but wonder if the memeification of the trial is all part of the Depp side’s master plan.

“This is my speculation: I think Depp’s team believed they didn’t get a fair shake in the U.K., and this was why they fought to have the case televised,” she says. (In July 2020, Depp lost his libel case against U.K. tabloid The Sun over its claim that he was a “wife beater.”) “I feel the dual purpose of this trial is to have the court of public opinion.”

Rivers, meanwhile, has a different explanation for the social media frenzy: It’s “because women are fucking hard on other women.” He continues, “When I have a jury and I have a female victim, especially if it’s somebody [over the age of consent], the females will scrutinize another woman’s testimony like nobody’s business. That’s why it’s more women than men” who are watching. He punctuates his point by swiping his hand in the air and making a meow noise.

“A great cross-examination is better than sex — it’s like a symphony or dessert.”

Heard’s testimony is scheduled to continue today, and Tragos has big plans for the week ahead. “We’re doing a bingo card for things we think they’ll ask her on cross-examination, so we might livestream that, and just have fun with it, to make it interactive,” he says.

Rivers is incredibly excited by the resumption of the trial. “Reacting to the cross-examination of Heard, that’s going to be fun to watch from a trial lawyer perspective,” he says. “It’s like frickin’ candy. A great cross-examination is better than sex — it’s like a symphony or dessert.”

Rivers says he sees his YouTube channel as a public service and hopes to educate the young male viewers in his audience about the importance of making good decisions in their relationships — and their lives in general.

He also enjoys hearing from his fans. “There have been a number of times where people have said I’m an inspiration or that they joined law school because of me,” he says. “That’s a great reward right there. As my grandfather said, ‘A good deed is its own reward.’”