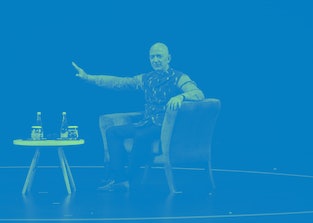 In October 2016, Amazon CEO and gold medal holder in the Olympics of individual wealth, Jeff Bezos, bought a former museum in an illustrious Washington D.C. neighborhood for $23 million. He spent the next three years and a further $12 million turning it into a palace. It's pretty standard behavior for a billionaire — less conventional, at least for the rest of us, is forking out over $16,000 in parking fines for contractors.

News service WUSA9 went digging through records from the D.C. Department of Public Works and discovered the city dished out 564 citations during the period, totaling $16,840 for the 2200 to 2300 blocks of S Street outside Chez Bezos.

While it’s impossible to tie every ticket to the project thanks to the non-disclosure clauses signed by contractors, WUSA9 parked a reporter outside the residence who saw one electrical contractor van get 14 tickets in a three-week period, along with other flagrant instances of poor parking.

Different rules for the rich — Though the fines have been paid, which as The Verge points out injects money into D.C., that’s not really the point, is it? The point is that this system simply allows those with sufficient means to run ramshod over standardized rules. When the Federal Trade Commission fined Facebook $5 billion over the Cambridge Analytica scandal the company’s share price actually climbed.

What’s to be done? If penalties are to be punitive and discourage bad behavior they need to feel like a kick in the pants, not a slap on the wrist. Just as taxation should scale based on income, maybe fines ought to, too. And if you’re a friend of Bezos and plan to pay him a visit take a cab, yeah?