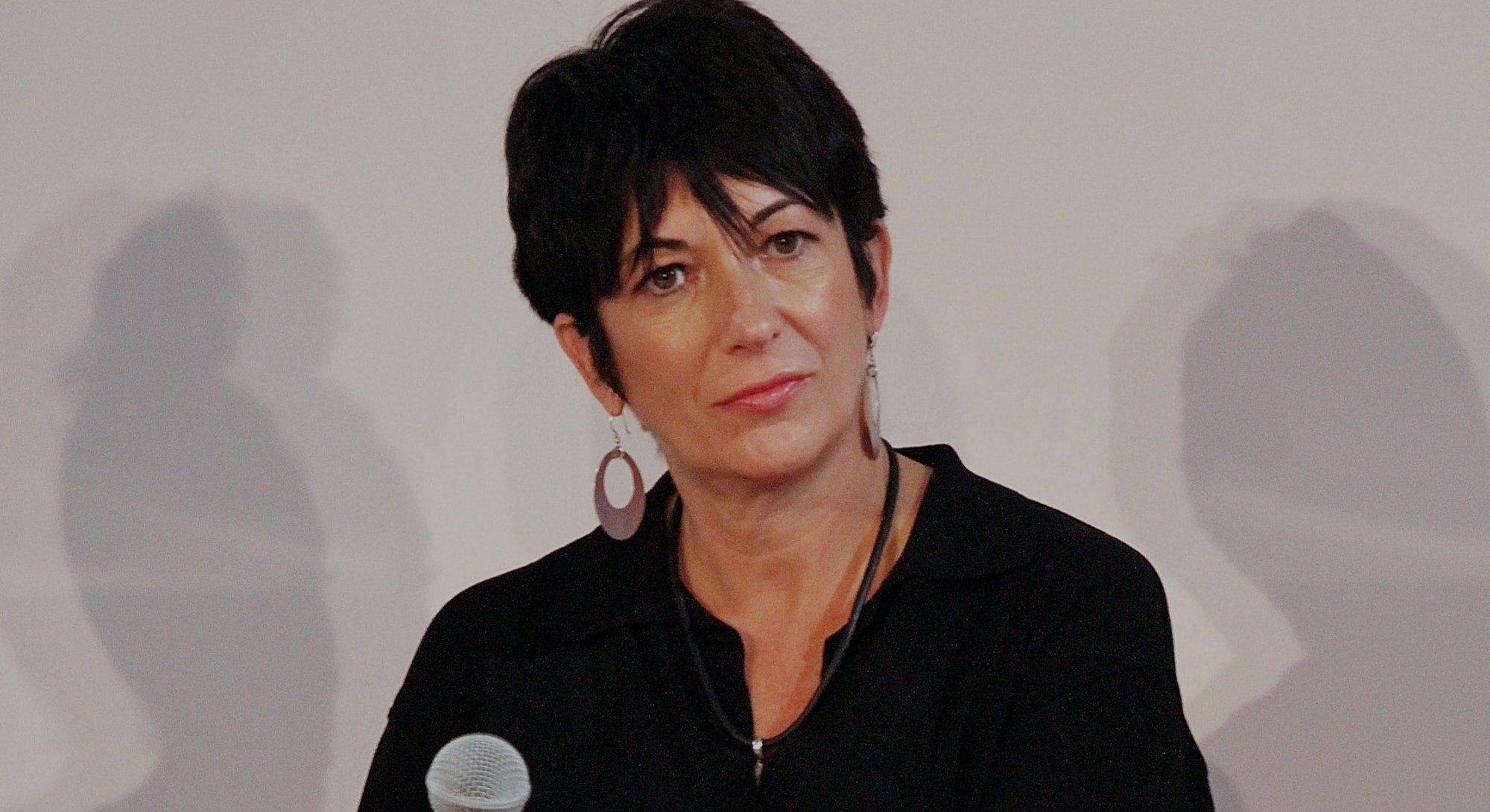 Reddit users, likely thousands of them, believe that Ghislaine Maxwell — infamous socialite, and alleged pedophile and human trafficking accomplice of deceased billionaire Jeffrey Epstein — is secretly one of the most powerful and notorious Reddit moderators of all time.

Though this, and everything you find on places like Reddit, should be taken with an enormous helping of salt, it's the kind of internet nonsense that you can lose an entire day staring at.

The account in question is u/MaxwellHill. For some background, u/MaxwellHill is one of the earliest and most powerful influencers on Reddit — a "charter member." The user is the 8th highest ranked account in total link karma (a points-based metric for performance curating for the site), was the first poster to reach one million link karma, and is or has been a power moderator for front-page subreddits such as r/worldnews, r/politics, r/science, and r/technology. u/MaxwellHill has been the subject of sitewide discussions, anonymous interviews, AMAs, and profiles. The account was created 14 years ago and has been an active, almost daily, poster since its inception.

That is, until seven days ago to the very hour that Ghislaine Maxwell was taken into custody in her home in Bradford, New Hampshire.

The conspiracy theory that Ghislaine Maxwell is an elite user of Reddit first broke into public consciousness this morning via threads on the r/Conspiracy and r/Epstein subreddits, both known for their obsession with the Epstein case and galaxy brain takes on, well, everything from pizza parlors to the supposed secret Jews that are controlling the media. Within those subs, people began to comb through the account's posting history, personal remarks, and coverage on other corners of the internet to find evidence to link it to Maxwell.

For example, the usage of the account lines up to Ghislaine's public activities with an almost spooky accuracy. The rare instances where the account logged off the site for more than a day at a time align with big events in Maxwell's life, including the wake of Ghislaine's mother's death. They were also MIA during the much-discussed Kleiner Perkins party where, funnily enough, former Reddit CEO Ellen K. Pao recently claimed she saw her in attendance. This lines up with u/MaxwellHill's own statement in an interview the user gave to Gizmodo during this period, saying "I am also busy with a potential business venture that is taking a large part of my time, but I try to squeeze in the odd link when I have the time…" What better place to do business than at a party for Silicon Valley VCs?

In the last three months, while Ghislaine was holed up in her newly purchased NH estate which locals say she "rarely, if ever, left," u/MaxwellHill's activity on Reddit skyrocketed. (Then again, we're in a pandemic.)

Users also found that despite such prolific posting on nearly every major news story of the past decade and a half, u/MaxwellHill has never commented on anything related to Jeffrey Epstein or Ghislaine Maxwell. Oftentimes larger accounts such as these use bots to submit links to various subreddits so, naturally, the account has posted links to a handful of stories about the crimes, later ham-handedly moderating the comments on the only one of those posts which generated any discussion.

Ghislaine Maxwell is no stranger to blogging and online media, having published multiple columns in The Huffington Post between 2014 and 2015. Each of these entries was on the topics of ocean conservation and climate change, two of the subjects u/MaxwellHill also regularly concerned themselves with.

As for the Reddit posts, u/MaxwellHill often switches between Americanisms, British slang and spelling (think extra Us), and European phrases (such as the oft-employed "Brava!" which is native to Italy but in common usage amongst the French) in their prose. Ghislaine? A French-born, British-educated, naturalized American citizen. She has a passport for each; it's almost too perfect.

Even the username itself has generated speculation, as it has been suggested that the "Hill" is in reference to Headington Hill Hall, Ghislaine's family mansion in Oxford. But would someone in the social register really be so careless as to choose their own last name when given the opportunity to be anonymous? While the user may have simply made the account in 2006 on a whim, Ghislaine has also displayed carelessness like this before, such as using "G Max" as her billing pseudonym as recently as this year.

None of this proves that this account is owned by Ghislaine Maxwell. None of this is hard evidence. Is it strange that both the account and Ghislaine allegedly have December birthdays? Only if you don't think about the fact that one in twelve people do.

Due to the lack of indisputable evidence to busy themselves with, users have taken to archiving everything associated with the account lest it be tampered with. They've scraped all of the account's deleted or removed comments and compiled everything u/MaxwellHill (and their suspected alt accounts) has ever done on the site. Feel free to join them in perusing over a decade's worth of constant posting — but please keep in mind that you're more than likely on a digital wild-goose chase.

The Reddit community has been known for its shoddy detective work in the past, the most famous example of which included wrongly accusing a missing 22-year-old man of terrorism and murder, much to the distress of his family and friends, in the wake of the Boston Marathon bombings. It probably goes without saying that we shouldn't rely on a mob of non-professionals to suss out the online dealings of one of the world's most hated criminals off of something as ephemeral as a hunch. It's likely the case that many prolific users of the site, who post dozens of times every day on a variety of topics, could have their post history weaponized in a similar way through circumstantial evidence, coincidence, out-of-context statements, and confirmation bias.

Though Twitter users have claimed that the account has actually been active in the last 24 hours, this cannot be verified by Redditors at large — as it is based on a screenshot. While still unfounded (and possibly dangerous) this entire speculation could be ended by a single post from u/MaxwellHill while Ghislaine Maxwell is in the custody of law enforcement. The user certainly seems like the kind of person who’d be instantly aware of this theory at the mere mention of their username. While we’re not yet convinced there’s a conspiracy afoot, we’ll certainly be staying tuned to their profile. Perhaps it would do Reddit well to also check it out, wanted socialite or not.

The thing that should probably concern you, and Reddit itself, is not whether or not Ghislaine Maxwell was among the creeps who basically run Reddit, one of the world's most influential news sources, but that there are creeps like u/MaxwellHill in charge of such a large chunk of the internet's discourse… with basically no oversight! Think about it: An outsize piece of online discussion is being shaped by ultra-online creeps who have the financial means to spend their entire day reading the news and speculating about age of consent laws. Should Reddit step in and intervene if a person who advocates for the legalization of child porn and revels in descriptions of violence against children has a sizable impact on their product?

It's an easy conclusion that yes, obviously, there should be non-anonymous adults in the room who are accountable for what is happening on a lawless social network based around news, discussion, and information-sharing. When we leave things like this to the "wisdom of the crowd," users like u/MaxwellHill, whose opinions are so indistinguishable from a wanted criminal and pedophile’s that it's practically becoming a meme, can easily game the system and rise to power.

The following is from the glowing profile of u/MaxwellHill that appeared in Gizmodo in 2011:

The amazing thing about the emails we've been trading back and forth is that Maxwellhill has revealed almost no personal details.

That's actually awesome. The magic of anonymized Internet identity is that Maxwellhill could be anyone. Your drinking buddy. Your business partner. Your math teacher. Your math student. Your cab driver or car salesman or senator. Using the cloak of the Internet as a disguise, Maxwellhill flits in and out of our lives as a superhero would. Only instead of saving a mass of screaming citizens from an out-of-control train, s/he protects our daily lives from boredom with a steady stream of well-selected content from around the Net.

From what I can tell, though, Maxwellhill isn't just trying to be mysterious; he/she is trying to be successful. Maxwellhill's ascent to power was deliberate and skillful. The million karma points were a goal, not an accident. It's a powerful lesson in the user-driven Internet, and it's counter-intuitive one as well: Take the person out of the equation and become a platform.