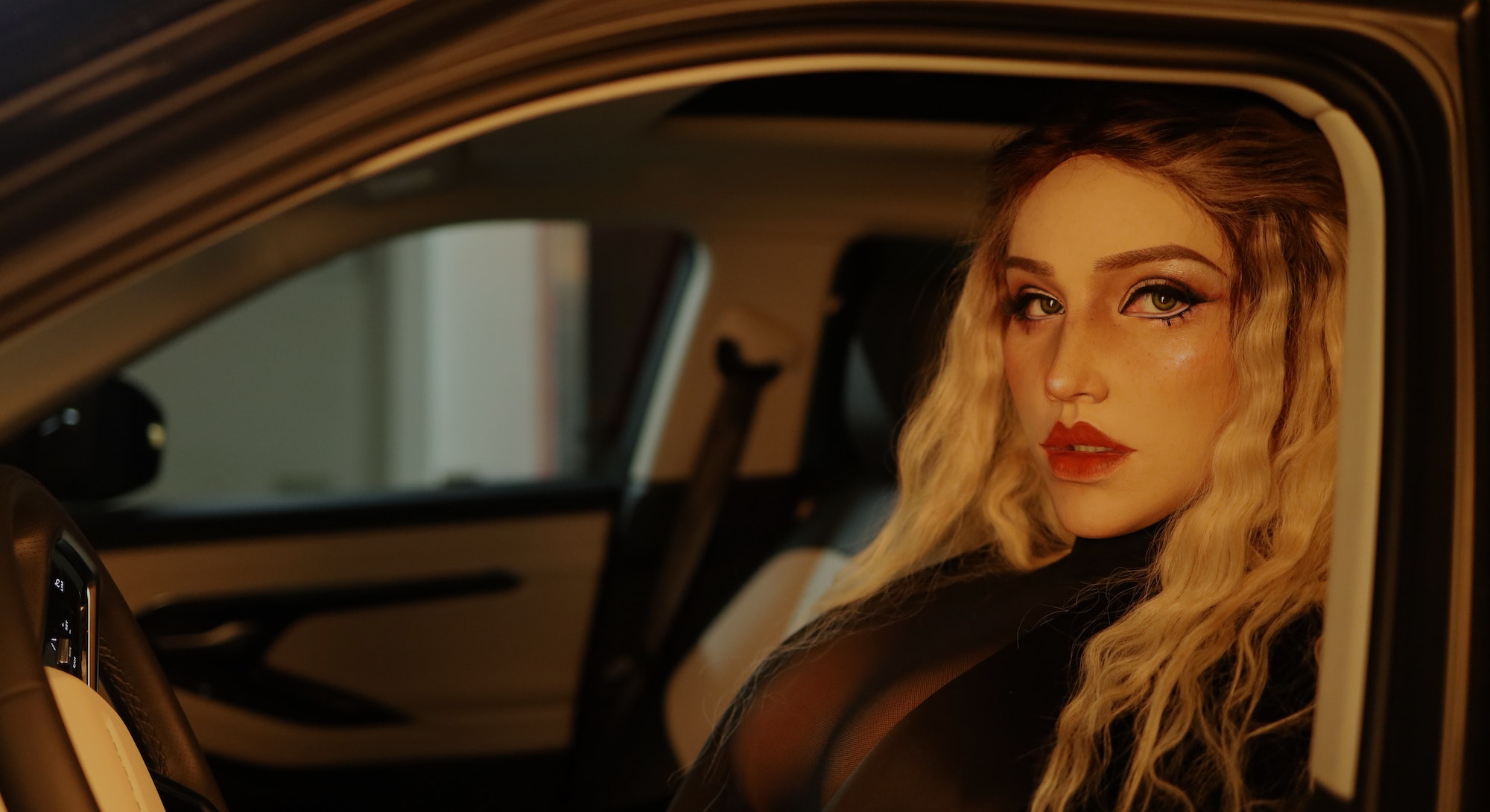 Aaron has always been fascinated by masks.

It started as an obsession with disguises and tricksters — he loved Jim Carrey in the film The Mask and adored the concept of costumed villains in the cartoon Scooby-Doo. As he grew older, that interest blossomed into a love for makeup and special effects.

Although Aaron doesn’t remember exactly when he took his passion to the next level, he recalls how it happened: when he stumbled across a YouTube video of a masker — someone who wears a silicone mask to transform themselves into someone different. He was instantly hooked.

“It was just this weird, secluded side of the internet that I had never experienced before. I learned there were people just like me,” says Aaron, 25, who works as an electronics technician in Florida. (Aaron, like all interviewees in this article, asked Input to use an alias due to privacy concerns.) “We’re a bunch of geeks and nerds hanging out in our houses.”

Over time, Aaron’s obsession with the masking world deepened, and he wanted to share it with others. Three months ago, when he met the woman who would become his girlfriend, he decided to be totally honest about his hobby. “I told her very early on in the relationship, because it’s not healthy to keep secrets like that,” says Aaron. He shared his collection of over 30 masks with her the first time she visited his house.

It was a nerve-wracking experience. Especially since all of Aaron’s masks are designed to transform him into a woman.

Aaron is part of Instagram’s small but passionate female masking community. (His private account, @jkyugioh, has a humble 650 followers.) It’s made up of mostly young men who buy and wear female silicone masks — some very realistic, some less so — which they complement with feminine clothing and wigs and sometimes synthetic body parts. These cross-dressing Instagrammers connect with other maskers, show off their feminine looks, and even flirt with (possibly) unsuspecting strangers. They hope by being more open about their hobby, they might begin to normalize it.

The first thing you should know about the world of masking, according to insiders, is this is not at all sketchy. “We’re not like creepy old men or anything. There are maskers of all ages and genders,” explains Iris, a 27-year-old masker from Ontario, Canada with more than 1,100 followers on his account, @irisdeveraux.

“I’m sure there are some creeps out there, but the majority of us are just people who are passionate about dressing up,” says Iris, who, when he’s feeling adventurous, dons a full silicone bodysuit designed to give him a feminine appearance.

According to Iris, the masking community is extremely diverse, and includes people who wear monster masks, gas masks, latex masks, and the like, as well as furries — although it’s female maskers who have the worst reputation with the public at large.

“People think we’re like serial killers and stuff. That’s not true at all. You don’t have to be afraid of us,” says Iris. “There’s a fetish side to it, but there’s also people who just like to dress up to express another part of themselves, or like the feeling of transformation — of becoming something else.”

Although Moli, a 33-year-old female masker from China who has over 8,000 followers on his account, @manaminase, enjoys interacting with other female maskers online, his main reason for using Instagram is to promote his business.

Moli has sold female masks professionally for the last decade, using social media to show off his products. He’s even started doing outdoor photoshoots in public — which his wife sometimes helps with — to stand out from other maskers on the platform and attract more attention to his pictures.

“It’s good for most of the customers to see because they fantasize about being masked in a place where people can see them,” says Moli, who adds that he doesn’t get sexual gratification from his outdoor photoshoots. “You have to disregard anyone who’s hostile towards you. But when you’re being yourself, there’s nothing to be afraid of.”

For those maskers who are too nervous to venture outside in costume, Instagram can be a much-needed playground to explore their hobby safely. And the results, they say, are generally positive. “Men are attracted to it, that’s for sure,” says Iris, who sometimes plays along with the messages he gets from male suitors. “I like feeling that someone is attracted to me and believes I’m actually a woman. It makes me feel validated.”

Female maskers say the community has a variety of takes on gender and sexuality. “I know a lot of maskers who questioned their gender, and some of them discover they are transgender and actually go through the transition. It all depends on the person,” he says. Others, like Aaron, who identifies as a cisgender bisexual man IRL, like to keep their options open. “I like the fluidity of being able to transition between the two and express that whole spectrum [of gender],” he says. “It’s honestly an ongoing process.”

Unfortunately, it’s an expensive habit. Some of Iris’ masks cost up to $800, and there are models on the market that run $2,000. To help defray costs, some female maskers offer more explicit photos on OnlyFans.

“We post stuff that you don’t see on Instagram, like X-rated content that shows off silicone boobs or vaginas,” says Iris, who posts his lewd pictures to OnlyFans under the name @IrisDeveraux77. It’s a space where he can show off his bodysuit, which has a tube inside to tuck away his penis, so the outer “vagina” looks more realistic. “I’m assuming it’s mostly men that are paying for it,” iris adds. “They want to see nudity.”

“It’s perceived as a strange interest, but if you get to know us, or you actually look at the pictures through an objective lens, it’s not really that crazy.”

Aaron hasn’t started an OnlyFans yet, although he hasn’t ruled it out. “I’m not going to lie and say I haven’t thought of it, but I’m too scared to actually try and participate,” he says. “I mean, there’s a market for it — there are members of the community paying for it. Everyone tends to support each other.”

While maskers are thrilled with the support they’ve received so far, they don’t have their sights set on internet stardom. In fact, they aren’t even sure they want attention at all. “I don’t want outsiders to interact with the insider world of maskers. We don’t really want to share that much because this is our own hobby,” says Moli.

He feels non-maskers simply can’t comprehend his passion. “They don’t understand the logic to masking, because it is weird if I’m honest with you. To them, it’s intangible. It’s a niche domain.”

Like Moli, Aaron isn’t trying to attract more members to his Instagram community. But he does want to achieve one thing through his pictures: an end to the stigma surrounding his passion. “It’s perceived as a strange interest, but if you get to know us, or you actually look at the pictures through an objective lens, it’s not really that crazy,” he says.

“I just hope that, eventually, people can see us in a better light,” Aaron adds. “The serial killer comments get a little old after a while.”