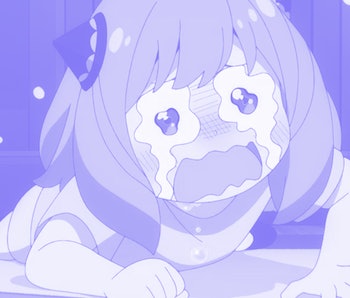 Hotbit, a Singaporean crypto exchange, announced a suspension of website services today through a fairly innocuous tweet, save for one glaring detail. Aside from an external link to an official statement and a promise that “user’s assets are safe,” the company included a tearful GIF of Anya Forger, a major character in the 2022 anime series, Spy x Family.

A suspension of website service is just a vague way of saying that transactions have been halted indefinitely, meaning user funds are frozen and inaccessible for an unknown period of time. Oh, and by the way, the freeze was apparently spurred by a criminal investigation into an employee at the exchange, causing law enforcement to freeze the firm’s funds. If only there were a GIF for that!

Recent history would suggest Hotbit account holders are in for a wild ride — some exchanges that have frozen transaction activity have eventually opened up, but others, most notably Celsius and Voyager Digital, have proceeded to declare bankruptcy.

Tonal dissonance — The nature in which Hotbit made its announcement is where a new precedent — as far as crypto exchange collapses — has been set. When something as sudden and potentially damaging to an exchange’s user base occurs, like a fund freeze, complete transparency and attention to detail go a long way in maintaining credibility.

Using a GIF of Anya Forger, an undeniably cute mischievous psychic, to communicate a potential loss of user funds is like attaching “lol,” to a break-up text. Throw in the fact that the unexpected freeze arrives after a former Hotbit manager has been accused of “violating criminal laws,” it would make sense that user confidence is not exactly bolstered.

Hotbit claims the suspension of user activity was necessary after law enforcement froze some of the exchange’s funds, “which has prevented Hotbit from running normally.” This would suggest that a large portion of the company’s active liquidity (comprised primarily of user funds) was put on hold, to the point where the exchange can no longer function.

Several senior-level managers at Hotbit “have been subpoenaed by law enforcement since the end of July and are assisting in the investigation,” and the company claims it had no knowledge of the illicit activity involved in the rogue employee’s project.

Despite Hotbit’s insistence that user funds are safe and that normal service will return as soon as its assets are unfrozen, the light at the end of the tunnel could be distant. At this point users — like those at Celsius — may be stuck playing the waiting game.