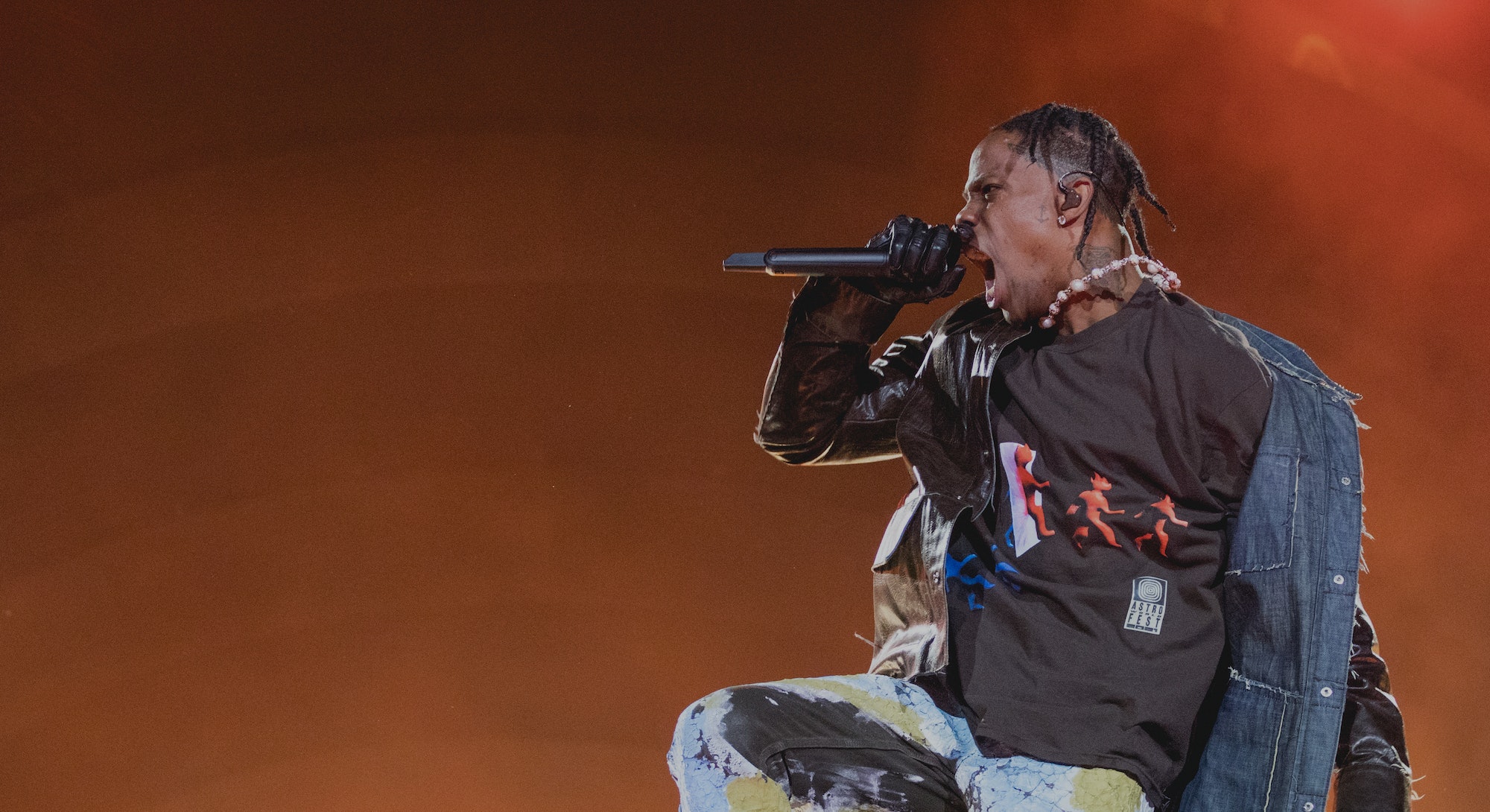 In the days following Travis Scott’s Astroworld festival, attendees who made it out have detailed the chaos inside.

Mass injuries from mosh pits raging out of control; nonchalant and overwhelmed security; surging crowds leaving many gasping for breath and trampled by the mob. The rapper’s performance at Astroworld — which escalated and reportedly encouraged the uncontrollable behavior of the crowd — drew in over 50,000 fans, eight of which died at the event. Another 17 were transported to local hospitals, where 13 remain hospitalized and four have been discharged.

After releasing two statements on social media about the tragedy, Scott announced in a press release on Monday that he would cover the funeral costs of the eight victims, as well as mental health resources for all attendees. Through a partnership with BetterHelp, the rapper is offering free online sessions with a licensed therapist.

The news arrives after Scott, fellow Astroworld performer Drake, and multiple festival organizers were named in lawsuits filed by attendees. Manuel Souza, one of the concertgoers taking legal action, even called the event “preventable and predictable,” pointing out the festival’s lack of safety measures and Scott’s past encouragement of raging crowds.

The rapper has a reputation for anarchy; he even refers to his hardcore supporters as “ragers.” His performance at Astroworld in 2019 saw three people hospitalized after being trampled when the gates opened. In 2017, Scott provoked fans to push another audience member, Kyle Green, over a balcony railing at Manhattan’s Terminal 5, leaving him partially paralyzed. Scott has also been arrested on multiple occasions for reportedly encouraging his audience to overwhelm security. At his 2015 Lollapalooza performance, he instructed fans to bypass security barricades, saying “middle finger up to security right now,” and leading a “we want rage” chant.

At an event as big as Astroworld — which was advertised for all ages — such behavior became impossible to control. Inadequate security measures, as described in first-hand accounts, allowed people to break into the festival earlier in the day, while ticket holders did not have their bags checked upon entering the festival grounds. Alcohol was served without the checking of IDs, and many attendees complained about the deficiency of available water. By 9:15 p.m., the time Scott started his performance, the number of concertgoers was far greater than that of security personnel, despite the rapper’s history of rowdy, and sometimes dangerous, concerts.

Prior to his performance, Scott was reportedly warned by the Houston police chief, who was concerned about the “energy” of the crowd, a source told the New York Times. As he played, fans screamed for help — evidenced by videos plastered on social media — although it’s unclear how well the rapper could see or hear up on stage.

Throughout the show, Scott stopped his set a handful of times as he noticed people in distress, or passing out. How well he could understand the gravity of the situation, however, is murky; the concert reportedly went on for 40 minutes after the NYT says he paused the music to make way for an ambulance around 9:30 p.m. Scott later rallied the audience with a command to make “the ground shake,” the NYT reports.

Whether or not Scott was aware of the tragedy unfolding in front of him, past experiences should have been enough to signal how Astroworld could end. Reparations go beyond funeral costs and free teletherapy — Scott will have to change his incendiary stage presence entirely to prevent further damage.