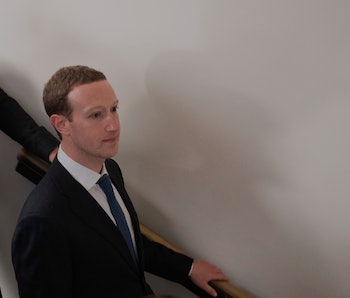 Deep in Meta’s earnings report is a figure that sent shares tumbling 22 percent in after-hours trading: Facebook’s number of active users fell, a first for the social network.

And just like that, Meta’s market value plummeted from $900 billion to $720 billion.

The number of daily active users (DAU) decreased by about half a million in the first three months of 2021, with the most pronounced loss in Africa and Latin America. Interestingly, the monthly active users increased, suggesting that Facebook’s problem isn’t the people who log off for good in protest. Instead, it’s an issue of declining engagement — users who log into Facebook every now and then, not daily (perhaps because they find Meta rather meh).

The company struggles to attract younger users who are instead drawn to competitors like TikTok, which has reached 1 billion users.

“What’s unique is that TikTok is so big as a competitor already, and also continues to grow at quite a fast rate off of a very large base,” said Zuckerberg in an earnings call on Wednesday. Facebook use among U.S. teenagers has been declining for years.

Despite the decline, Facebook still has 1.93 billion daily active users — an unfathomably large fraction of the globe. But the unprecedented decline may be a sign of things to come: a focus on new technology and hardware, not the endless feed.

Thoughts and prayers! — Since Facebook launched in 2004, it’s been characterized by its staggering, seemingly endless growth. But that growth has stagnated in recent years. (We flattened the curve, guys). The decline suggests that Facebook can no longer count on global growth to compensate for user loss in the U.S. and Europe: There just isn’t an endless supply of countries into which Facebook can expand.

But besides Facebook, other Meta-owned apps showed increases in daily users. Instagram, WhatsApp, and Messenger continue to add users, and overall revenue reached $33.67 billion last quarter, 20 percent more than the year before.

Meta continues to face scrutiny following the 2021 release of internal Facebook documents that revealed that the company accelerates societal polarization and amplifies misinformation. It faces an antitrust lawsuit in the U.S., and privacy changes from Apple are making it more difficult for Meta to conduct advertising-related user tracking. And, of course, its massive $10 billion bet on the metaverse has yet to pay off.