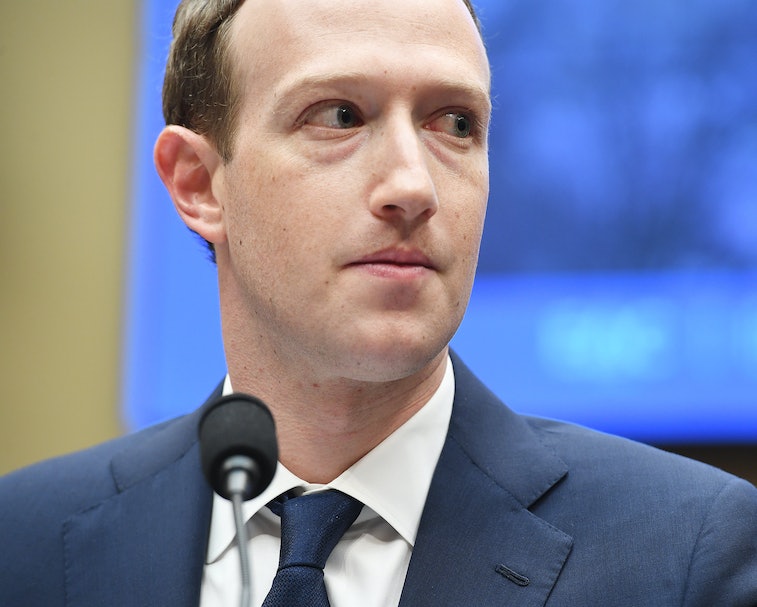 Facebook did nothing to stop users from organizing violent attacks in Kenosha, Wisconsin under the banner of the self-proclaimed militia known as Kenosha Guard, despite multiple reports about their content. The resulting violence has left two people dead at the (we have to note alleged) hands of 17-year-old Kyle Rittenhouse.

Kenosha has been the site of protests by many activist groups including Black Lives Matter for the last three days, following the shooting of Jacob Blake, yet another unarmed Black man attacked by law enforcement. Blake barely survived the attack, which occurred in front of his young children as he attempted to stop two men from fighting, and has been left paralyzed. In response to the victim’s story and the resulting calls for police reform, far-right groups took to social media to organize intimidation campaigns and visible threats of violence to people of color, specifically the Black community.

“I felt it had the possibility to end in violence, and it did,” one user who reported the group tells The Verge. Facebook moderators responded that the event and its content, which apparently included usage of the phrase “locked and loaded” was not against its terms of service. The user was then told to report specific comments, such as a threat to vandalize protestors’ cars with nails, but Facebook also declined to take action on those reports.

“There were lots of comments like that in the event,” a user told The Verge anonymously. “People talking about being ‘locked and loaded.’ People asking what types of weapons and people responding to ‘bring everything.’”

Timeline — The page for “Kenosha Guard” has now been taken down, since pages like these are apparently only of concern to Facebook after the violence organized on the site has come to pass. Facebook has taken action on specific militia groups in the past, as well as far-right conspiracy theorists involved in the patently absurd and wildly dangerous so-called QAnon conspiracy, but declined to take action until nine hours after the shooting took place. Only then did the company decide it violated the Dangerous Individuals and Organizations policy.

Unfriend and unfollow — In recent days Facebook and its leadership have cozied up to the Trump administration and larger Republican Party, fired an engineer for providing the company with evidence that it favored far-right content across the site, defended allowing Breitbart to be a fact-checker of its news stories despite its history of spreading misinformation, declined to change its advertising policies which allow politicians to pay to spread lies, allowed an executive to spout racist comments against the Muslim community, allowed Indian politicians to post hate speech, bowed to Thailand's government and blocked an anti-monarchy group from organizing, denied that its algorithms promote racism and division despite overwhelming evidence, and ignored calls by researchers funded by their CEO for drastic policy changes to prevent the further spread of extremism on the platform. Mark Zuckerberg continues to take private meetings with the White House.

Lean in — “We’ve designated this shooting as a mass murder and have removed the shooter’s accounts from Facebook and Instagram,” a Facebook representative told The Verge. “At this time, we have not found evidence on Facebook that suggests the shooter followed the Kenosha Guard Page or that he was invited on the Event Page they organized. However, the Kenosha Guard Page and their Event Page violated our new policy addressing militia organizations and have been removed on that basis.”

At what point does a company and its leadership cross over from incompetency into intentional evil? Please donate to Black Lives Matter.