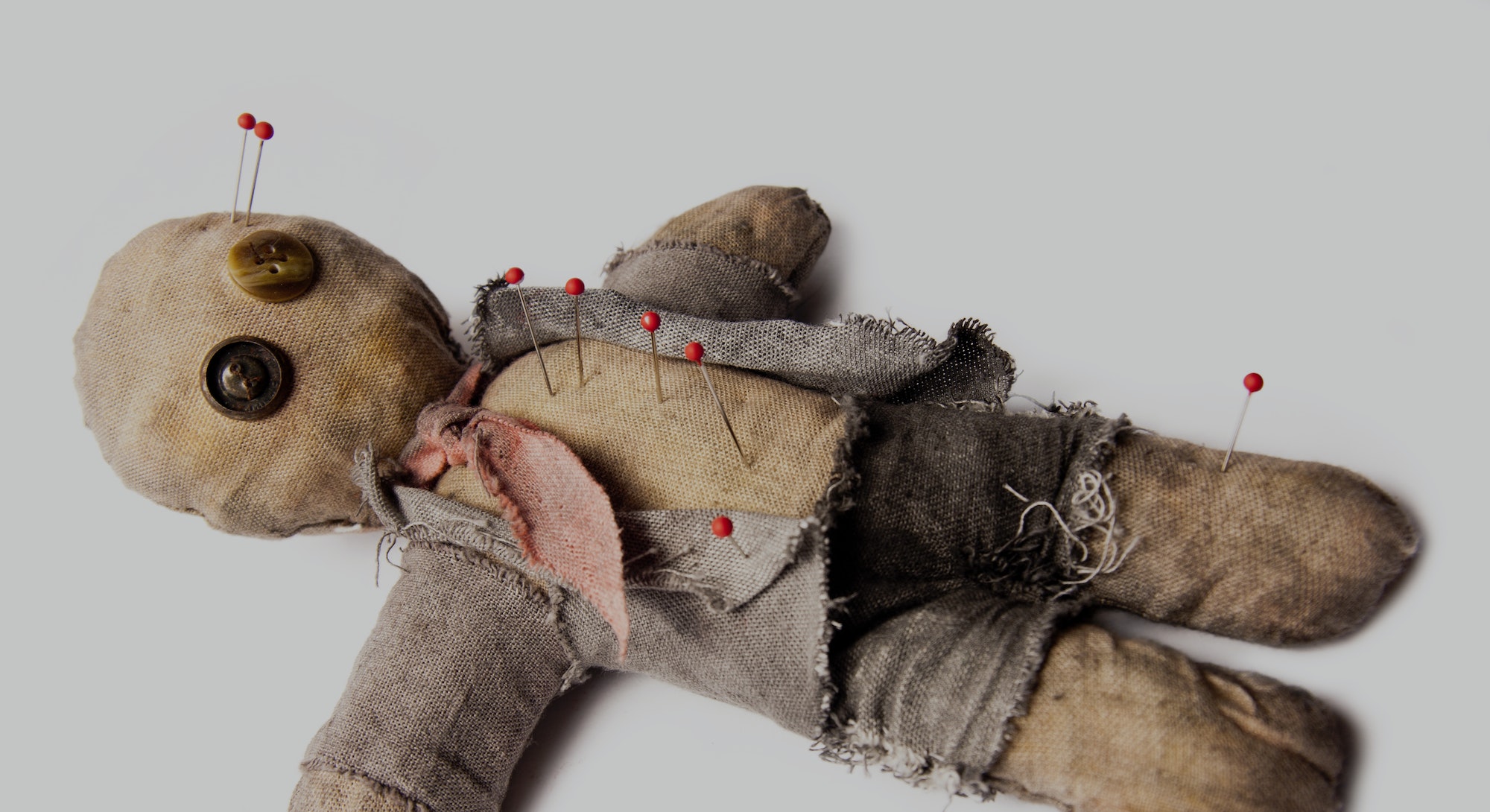 On February 24, Etsy sent an email to its sellers titled “Investing in Etsy’s growth.” In it, the e-commerce site announced good news: Active sellers had increased their sales by an average of 23 percent compared to pre-pandemic levels.

More than 90 million buyers worldwide — brought in part to the site by $600 million in marketing spend — were shown “that there’s an alternative to big-box, automated shopping,” the email claimed. Take that, Amazon!

There was a catch though: Etsy is growing, but it wants to grow faster. So it announced that it’s hiking its transaction fees from five percent to 6.5 percent, effective April 11. Combined with existing fees on listings and shipping, it means that on a $15 item, Etsy will end up taking a $2 cut.

“It’s interesting they justified it in terms of improving the customer experience, and not so much the sellers’ experience.”

“We have demonstrated our ability to make improvements that directly translate into more sales for our sellers, as evidenced by record sales per seller in 2021,” Josh Silverman, CEO of Etsy, said in the firm’s 2021 financial results report, released last week. “Our new transaction fee will enable us to invest in key areas like marketing and support to further extend our strong momentum.” (An Etsy spokesperson tells Input that the company has nothing further to contribute to this story beyond Silverman’s comments.)

The fee hike was a blow for creators, many of whom have built their careers on the 17-year-old platform. It has left sellers on the site with a conundrum: Relaunch their business on a competing, cheaper platform, or stay and swallow the increased price. “It’s interesting they justified it in terms of improving the customer experience, and not so much the sellers’ experience,” notes Susan Luckman, professor in cultural studies at the University of South Australia, who has studied how sellers operate on Etsy.

Danny Brito, a 35-year-old from Miami, began selling handmade items on the platform in 2009, and was earning enough from sales of art prints that he was able to quit his day job a year later. In 2011, Etsy sellers moved $525 million worth of products — one-twentieth of its 2020 sales of $10.28 billion. “Etsy was a different place back then,” says Brito. “It was easier to be found in the search algorithm, and the fees were a lot lower, so the profit was higher.”

Brito built up his business over the last decade and started selling other, smaller items like T-shirts, enamel pins, and accessories alongside art prints. Etsy became an integral part of his life as an artist: At local art markets, he’d direct would-be shoppers to his Etsy page. But successive, repeated fee hikes — including one in 2018, which saw fees go from 3.5 percent to 5 percent — have eaten into his income.

“It's made it impossible to make a profit off a sticker,” says Brito. “If a customer makes an order and they order a single sticker, it basically cuts my profit margin from about 75 percent to 53 percent” — and that’s before the latest increase in transaction fees. In the last month, Brito has handed over $1,000 in fees to Etsy to handle his sales.

When the email announcing the fee hike arrived in his inbox, Brito was upset. “Inflation in the U.S. right now is real,” he says. “Everything is getting more expensive. I fully did not expect Etsy to raise their fees when small businesses are hurting so much right now.” That the email was titled “Investing in Etsy’s growth” was “a bit of a slap in the face to me,” he adds.

He wasn’t alone. Gianna Caruso, from coastal New Hampshire, started her business making adjustable chokers in 2015, when she had to take medical leave from her college studies. She chose Etsy because it’s based in Brooklyn — not far from where she grew up, in Hudson, New York — and recognized its importance in the maker community. “I was a crafter, and I wanted to join a community of crafters,” she says.

Her business, Raven Beads and Designs, took off. Within a year of opening on Etsy, the now 25-year-old had built a decent presence on and off the platform. She had 5,000 followers on Twitter, and her grab bags routinely sold out. Caruso was able to fund her college education. She signed up for Pattern by Etsy, which helps sellers launch standalone websites outside the main Etsy.com marketplace, and kept growing her business.

The 2018 fee rise hit her business, spurring her to pass on the costs to her customers. Through 2019 and 2020, her sales declined, so she diversified, launching another shop, Kauldron candles, but this time through Etsy competitor Shopify. Meanwhile, problems with Etsy’s payment-processing systems, including outages, caused her to lose “thousands” in sales, Caruso claims. And the pandemic upped the cost of raw materials, making her business more difficult to turn a profit.

“I’ve been struggling since the five percent fee to keep the shop profitable, and with the 6.5 percent announcement, there is just no way to justify it anymore,” she says. “I feel like I owe a lot to Etsy, and I still love the platform and the opportunities it’s afforded me. It kept me loyal to the platform for upwards of five years, but I also feel like the high fees and ever-changing fee structures prevented Raven Beads and Designs from ever expanding past a certain point.” She intends on liquidating her Raven Beads and Designs stock and focusing fully on her Shopify business.

“I’d be interested to see in five years’ time if they’re still emphasizing craft and the handmade so much on their website, or if they’ve moved into a different kind of space,” says Luckman. “I believe they’ve got a bigger business plan in place.”

Newer craft sellers feel locked into Etsy, unable to make the leap to competitors until they get bigger. That’s the case with Alia Quintero, a 24-year-old from Clermont, Florida who launched her stuffed-animal restoration service, Replush, through Etsy last year. The site was the obvious choice, she tells Input, even though she knew it had a reputation for high fees.

She took a break from the business in the latter half of 2021, but relaunched it just before Etsy announced its latest fee hike. “I spent hours on fair pricing, and once it was done, they announced they were raising prices for incredibly vague reasons that have no actionable target goals that benefit creators or consumers,” she says.

More frustratingly, the fee increase happened after Quintero had spent more than $100 on distinctive packaging that included her Etsy link. “I can’t just throw those away and make new ones,” she says. “It wasn’t cheap.”

At least 9.5 percent of each sale Quintero makes goes into Etsy’s pockets, not counting what she calls “their abundance of other fees.” At times, she believes she’s working for less than minimum wage to maintain her business. Yet she feels stuck on Etsy, compelled to accept further fee hikes.

For more established sellers, there are more options. Brito plans to temporarily raise prices to cover the fee increase, but will eventually move off Etsy. “I don’t think it does enough for me for the amount of money they take from me,” he says. He’s looking at alternatives such as Shopify.

“I’m kind of annoyed that I feel like I’m forced off the platform,” he says. “I know I’ll be fine financially because I drive most of the traffic to my shop via social media.” But he still regrets having to move. “In a way, I understand it’s business. But Etsy loves to say they’re here for artists, they’re here for sellers, and as a seller, I constantly feel betrayed by this platform.”