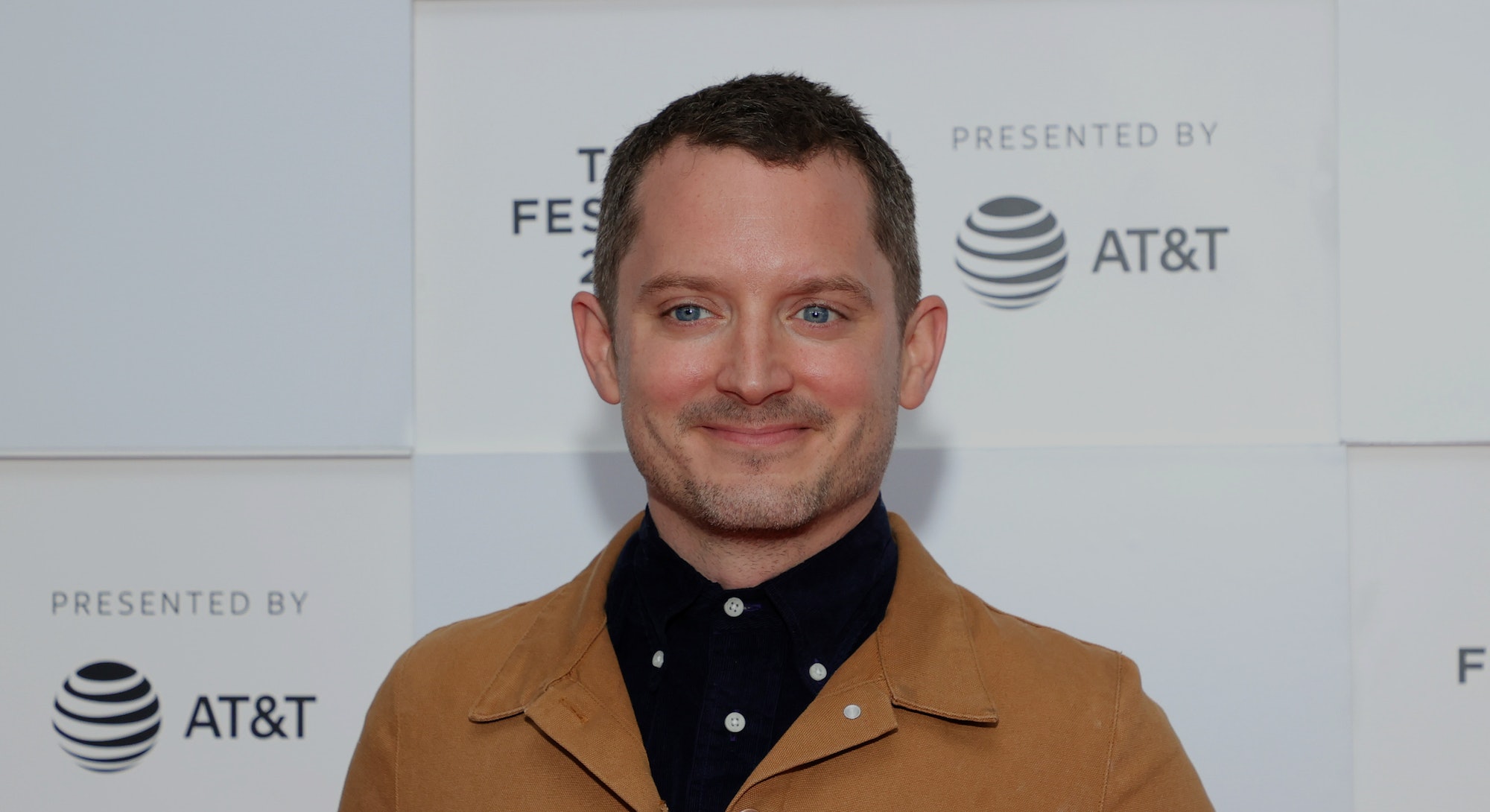 When Elijah Wood tweeted proudly about his ownership of a new NFT on October 27, it seemed like nothing out of the ordinary.

The Lord of the Rings star is a committed collector of NFT art, and the work he posted about — a golden bust of a zombie — seemed innocuous enough. “Loving my Golden Zombie!” he said in a since-deleted tweet. “Thank you, @JungleFreaksNFT @TrosleyNFT !!”

But as we’ve previously seen in the world of NFTs — where men pretend to be women to promote their project — you should expect the unexpected.

Wood has owned at least six of Trosley’s NFTs, according to his publicly accessible OpenSea profile. On October 31 — just hours after Input reached out to the actor’s reps for comment — Wood released a Twitter statement denouncing racism. He said that he’d sold all his Trosley NFTs and contributed the proceeds to the NAACP’s Legal Defense Fund and Black Lives Matter.

To head off the backlash, Trosley’s son, George III (also known as The Prince), issued a statement to the Jungle Freaks NFT Discord, saying that the images his father drew decades ago horrified him. “The Trosley Family does not support or condone racism,” the statement reads. Trosley blamed the culture Hustler and its infamous publisher, the late Larry Flynt, pushed at the time. “It was incorrect then and it’s incorrect now,” he wrote. “My father should not have participated in this.”

Aside from Wood, lots of others have sold off their Trosley NFTs: In the last two days, more than 3,200 — or one in three — Jungle Freaks have been sold. The collection experienced a 65 percent drop in the average sale price in that span of time.

One of those sellers is a 49-year-old project manager and software developer who lives in California and uses the handle Woodz. He owned two Jungle Freaks NFTs — one he minted himself and one that he bought just a few days ago. He had seen Alex Becker, an influencer in the NFT world, hyping up the project and thought it was worth investing in.

“The wrong thing attracted me: pure FOMO,” Woodz says. “I heard lots of talk that it would be the next Bored Ape Yacht Club. Usually I’m more measured, but I just totally aped in.”

Becker initially responded to an Input interview request positively, then declined to speak for the piece, asking how long I have been trading NFTs — which I don’t, in part to avoid a conflict of interest. Publicly available data indicates Becker ended up selling his five Jungle Freaks NFTs for four cents each. “These past drawings deeply disturb me in the same way having a mutilated body in my living room would,” he tweeted yesterday.

When Woodz began hearing rumblings about Trosley’s past works for Hustler, he googled the artist’s history. “When I saw some of the images, it really did make me ill,” he says, before correcting himself. “Not some: All.” Woodz ended up selling his Jungle Freaks NFTs at a 75 percent loss. “There was no way I could keep the NFTs in good conscience,” he says.

Others see a problem with the Jungle Freaks themselves. “I find the collection potentially racially insensitive,” says NFT collector Charlie Chuah, a dentist from the U.K. currently taking a career break in Bali, Indonesia. “A few people have already pointed out potential insensitivities with the name Jungle Freaks, as it can have negative connotations to aboriginal people.”

Chuah and others also have issues with some of the iconography used in the Jungle Freaks collection. “The general hat [in the collection] that resembles the S.S. general cap reminds me of a popular theme in horror pop culture: Nazi zombies,” he says. Trosley’s son denies there’s a link. “The hat is not Nazi-related,” he tells Input.

On Discord, George III said he and his father have found a course on anti-racism on LinkedIn they will take “in an attempt to understand others’ points of view.”

George III, custodian of his father’s NFT works, gifted Wood the Golden Zombie that set all this in motion on October 22. “All holders were airdropped a Bust based off how many freaks they held,” George III explains to Input via email. “We do not have a personal relationship [with Wood].”

Nine days before that, the Hollywood actor had minted five Jungle Freaks — 1783 through 1787 — selling them, pre-controversy, for a combined $19,332. He sold his gifted Golden Zombie on October 31 for $1,081 — one-fifth of the original price he listed it at.

Wood’s representatives repeatedly declined to comment for this story or to make the actor available for an interview. Input has been unable to confirm whether Wood’s claim that the $20,413 made from the sale of the NFTs has been donated to the NAACP’s Legal Defense Fund and Black Lives Matter; neither organization responded to repeated requests for comment.

OpenSea, which hosts the elder Trosley’s NFTs, also did not respond to questions about whether Trosley’s work would be allowed to stay on the platform, given his past works and criticisms of the Jungle Freaks concept.

Meanwhile, George III tells Input that he and his father “apologize to anyone that is or may be offended by the images.” One way they’re attempting to make amends is “by listening and having open dialog,” he writes. “We want to use this situation to inspire change and are looking into ways to substantially support and provide resources for organizations that uplift and support people of color in the tech space.”

The artist himself put out a statement of his own last night after Input approached his son with an interview request. The illustrations Trosley drew all those years ago “have been taken out of context,” he claimed. “Today’s generation may not have an understanding of what was taking place in journalism and the world during my time at Hustler Magazine.”

George III tells Input he knew his father did drawings for Hustler that were polarizing. “I was very young or not born when many of them were drawn,” he says, taking a softer stance than in prior public statements. “After speaking with him yesterday, I am proud my father used his voice to shine some light on the disturbing realities in America now and then.

“We know there is nothing we can do to erase these cartoons from the past but will do everything in our power to show you that these cartoons, drawn in satire, do not reflect our character,” he adds. “Nor is it a reflection of the Jungle Freaks community we are building.”

UPDATE 11/05/21: The artist, George Trosley, and his son, George Trosley III, have published a Medium post in response to the backlash to “provide context and clarification” to the offensive cartoons that have come to light. “I am not a racist, nor was I ever a rogue racist cartoon artist during my time at Hustler Magazine,” the elder Trosley writes. “Hustler Magazine challenged the rigid and closed-minded world of the 1970s, using our content and platform as a mirror that reflected the current political and societal issues that we lived in.

“Times have changed, however,” he adds, “and if asked to draw them today, I would not.” You can read the whole blog post here.