Electric scooters have created a huge spike in injuries, according to study 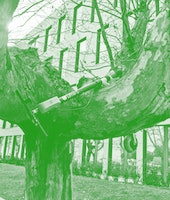 Increase in hospitalizations and injuries involving scooters from 2014 to 2018.

In news you absolutely could have predicted, a new study has found that scooter-related injuries rose dramatically from 2014 to 2018. What happened in the world during that time? The plague of electric scooters descended upon city after city.

“E-scooters are a fast and convenient form of transportation and help to lessen traffic congestion, especially in dense, high-traffic areas,” said Benjamin N. Breyer, a doctor and senior author of the study. “But we’re very concerned about the significant increase in injuries and hospital admissions that we documented, particularly during the last year, especially with young people, where the proportion of hospital admissions increased 354 percent.”

Recommendations — The study calls for better safety measures and regulation, the latter of which is largely nonexistent. A previous study found that only 2 to 5 percent of people injured while using electric scooters were wearing a helmet. “We strongly believe that helmets should be worn, and e-scooter manufacturers should encourage helmet use by making them more easily accessible,” said Nikan K. Namiri, a medical student and first author of the study.

Fortunately, sanity still prevails in New York, where governor Andrew Cuomo vetoed a bill that would have legalized e-scooters and e-bikes. He cited a lack of a helmet requirement as a reason for his decision.