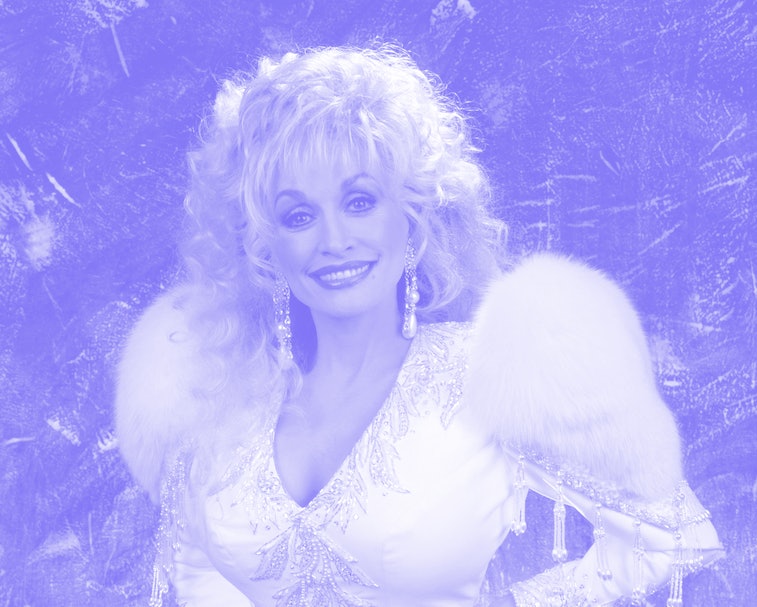 Amidst a tumbling stock market, an astounding reversal of women’s rights, an ongoing war in Ukraine, and climate change spiraling out of control, there is still some low-stakes news, and it’s brewing on Dolly Parton’s Instagram. There are some headlines that matter in the grand scheme of things and others that almost certainly don’t. We’d put Dolly Parton’s TikTok musical in the first category.

Parton shared the news about her leading role in "Mexican Pizza: The Musical" on Monday: "I'm making #MexicanPizzaTheMusical with @TacoBell," she wrote on Instagram, sharing a photo of the musical’s screenplay. The musical will be released at 8 p.m. ET on May 26. Of all the celebrity sponcon we sift through, this is one of the more delightful posts — almost as good as the time Martha Stewart did a Mercedes Benz Instagram ad where she called the insurrectionists “trash” in the caption.

What would Dolly do? Parton has been in the Country Music Hall of Fame for two decades and was inducted into the Rock and Roll Hall of Fame this year. The singer-songwriter, actress, philanthropist, and businesswoman has nominations for Academy Awards, Grammy Awards, Tony Awards, and Emmy Awards under her belt. She also boasts an impressive philanthropic history— she funded the critical early stages of development of Moderna’s COVID-19 vaccine and boosted vaccine awareness when she got the shot — a dose of her own medicine — last year.

Turns out Dolly’s a Taco Bell fan, too. In a January interview with Insider, Parton said that she thought the Mexican Pizza should be brought back to menus. And on April 18, the American fast-food chain obliged, writing in an announcement that “from petitions, to memorials, to merch, the Taco Bell cult has (rightfully) been all but silent about [the Mexican pizza’s] menu hiatus.” The menu item will be back on May 19 with loyalty program members getting early access on May 17.

Taco Bell’s musical is written by Hannah Friedman and has music written by Grammy-winning songwriters Abigail Barlow and Emily Bear. If they need any extras, I’d love to play a Cheesy Gordita Crunch.