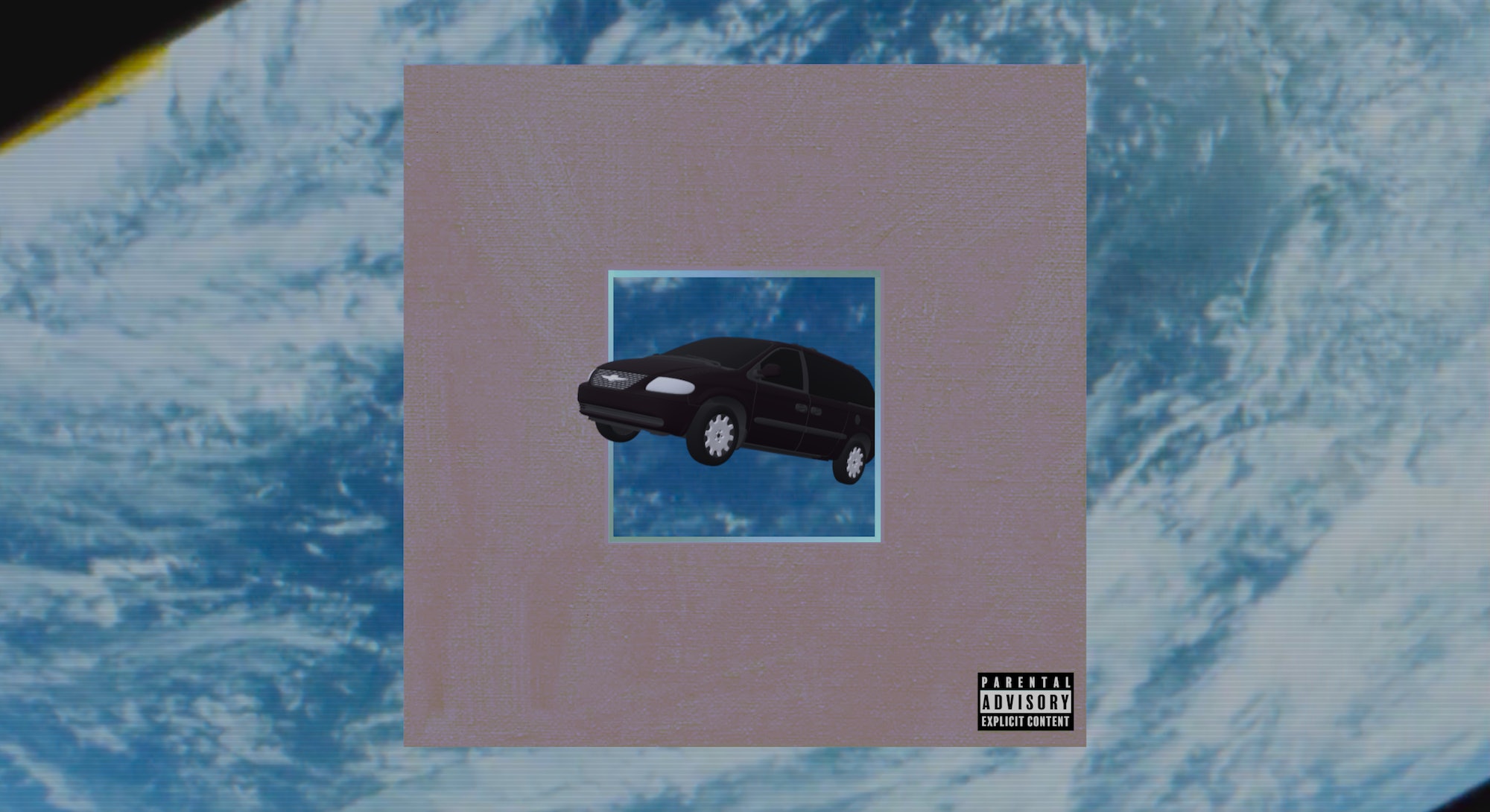 Climate change, drought, and famine threaten human existence. Barron Trump is President of the United States. People are leaving Earth to inhabit one of Jupiter’s moons 500 million miles away.

This sounds like a dystopian nightmare, but luckily it’s just the backstory of Good Kid Twisted Fantasy, the latest Kanye-inspired mashup album from Toasty Digital, a 26-year-old technical editor who moonlights as an internet DJ and Yeezy superfan. Following up his last project, Kanye 2049, Toasty sets Good Kid one year later, in 2050, as the soundtrack to a space-bound Kendrick Lamar’s cryogenic sleep.

Out February 21, Good Kid Twisted Fantasy blends together two of the most beloved and critically acclaimed hip-hop albums of all time — Kendrick Lamar’s good kid, m.A.A.d city and Kanye West’s My Beautiful Dark Twisted Fantasy. The mashup album’s 11 tracks consist only of songs and samples from Kendrick and Kanye’s landmark LPs, and every song from each album is utilized in some capacity on GKTF.

Toasty introduces the mashup album with “GET MUCH HIGHER,” which lays the exclamatory opening lyrics to “Backseat Freestyle” over the heavenly choir from “Dark Fantasy.” Later on, Kendrick and Kanye trade verses on “MONEY POWER,” which effortlessly glides between “Power,” “Money Trees,” “All Of The Lights” and “Swimming Pools.” Mixing together these legendary tracks is like assembling an NBA All-Star team — the individual parts are great, but putting them together can yield an even more extraordinary, yet unpredictable result.

The project’s centerpiece is “MAAD WORLD,” in which Toasty fuses Kendrick’s harsh staccato rap from “m.A.A.d city” with the melancholic mellifluence of the “Blame Game” instrumental. The fluttering piano chords bring out a previously unheard sadness in Kendrick’s scorching bars.

Some of the mashups just feel right, like “DEVIL IN THE BACKSEAT,” which lifts the fiery verse of “Backseat Freestyle” above the cinematic beat of “Devil In A New Dress.” Others, like “DEAD POETS,” which blends the triumphant verse of “All Of The Lights” with the soulful Janet Jackson sample from “Poetic Justice,” are shockingly seamless.

Toasty chose to blend good kid, m.A.A.d city with My Beautiful Dark Twisted Fantasy because, in many ways, they are the two defining hip-hop albums of the 2010s. As someone who puts a lot of thought and energy into his visuals, Toasty was also enthralled by good kid and Twisted Fantasy’s accompanying short films, whose trippy imagery helped define each album’s tracklist.

“They’re two of my favorite albums ever,” Toasty told Input. “Both came out at a time when I was getting really into making my own music, so they definitely influenced how I thought an album should be put together.”

Another reason a Kendrick and Kanye mashup album excited Toasty was because the two legendary rappers haven’t worked together much in real life. “Generally, Kendrick and Kanye have stayed in their own lanes, maybe because they’re both such huge talents and would get in each other’s way,” Toasty said. “It’s a dream collaboration.”

Drawn from only two albums, GKTF is much more contained than Kanye 2049, which sampled various Kanye songs from across two decades. Restriction forced Toasty to get more creative, finding ways to tie together songs with different keys, tempos and vibes. Making GKTF was easier than past projects, though, because Toasty had already organized all his Kanye assets — samples, stems and song data — for his last project.

Money is not what drives Toasty’s aspirations.

When making GKTF, Toasty felt a lot of pressure to do good kid and Twisted Fantasy justice. As a diehard listener himself, he knows how invested Kendrick and Kanye fans are in each artist’s music. Deconstructing good kid and Twisted Fantasy was like playing with fire. Since dropping Kanye 2049, Toasty has also built up a listenership of his own that he aims to please. He’s made a name for himself on Kanye-related subreddits, like r/WestSubEver and r/Yedits, where he posts new mashups before they hit SoundCloud and YouTube.

Toasty, who works a desk job during the day, got into making Kanye mashups out of pure fandom. Because of copyright issues, he can’t directly monetize his remixes. Simply put, he does it because he loves it. “It’s incredible to me that people even know the Toasty name,” he said. “I feel like I have the community behind me now.”

With admittedly zero musical training, Toasty is fully self-taught on GarageBand and Logic Pro. He keeps an arsenal of Kanye stems and samples and creates his mashups through lots of trial and error. His interactive mashup albums are like a diehard Kanye fan’s wildest dreams come to life.

“Kanye could either respond really well to it and think it’s the funniest, coolest thing ever… or he could be extremely pissed”

And, when the pandemic ends and clubs reopen, Toasty hopes to take his operation live. He’s been practicing on an MPC he bought last year, teaching himself how to use drum pads to rebuild his songs from scratch in real time. Until then, his work as a mashup artist remains a side hustle, supported by his Patreon.

In the next few months, Toasty plans to work with web developer Starfennec on a companion website for GKTF similar to the interactive site they created for Kanye 2049. He’s also midway through another major project — an invented collaboration between Kanye and Frank Ocean — to be released sometime later this year.

Toasty’s biggest goal is for his music to reach more people, especially those who he is sampling. As far as he knows, nobody from Kanye’s team has heard his work, but with the help of internet virality, that could change quite quickly. “It’d be really cool for Good Kid Twisted Fantasy to reach Kendrick,” Toasty said. “Kanye could either respond really well to it and think it’s the funniest, coolest thing ever… or he could be extremely pissed and get his lawyers involved.”

Whatever happens, money is not what drives Toasty’s aspirations. While many Kanye fans have attempted to make remixes, no one else has designed immersive universes around them. By inventing new songs by his favorite artists, Toasty is essentially creating musical fan fiction, a new multimedia form complete with bizarre origin stories, dope visuals and astonishing mashups.

Just as Kanye paved the way for a generation of rappers, Toasty is also changing the game, pushing the boundaries of what it means to be a fan and an artist in his own right.