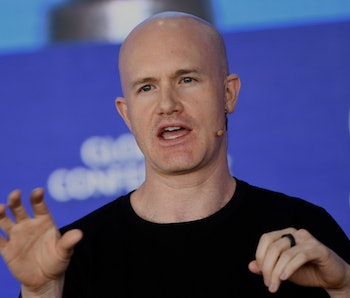 Coinbase, one of the largest crypto trading platforms, is in a transitional period. Despite mass layoffs in the face of widespread market insecurity, the company has secured big-name partnerships with the likes of BlackRock and Meta. But those partnerships may belie some seedy secrets.

Around the announcement of the BlackRock partnership, Ishan Wahi, an executive at Coinbase, along with his brother and friend, were charged with the first federal case of insider trading related to digital assets. A new research paper from the University of Technology Sydney (UTS) suggests that this specific case may just be the tip of the iceberg.

One insight in particular — that anywhere between 10 and 25 percent of Coinbase listings since 2018 have been purchased ahead of their placement on the platform’s site — seems either highly coincidental or the result of coordinated insider trading.

Grey area — Wahi, a former Coinbase product manager, would have been able to share confidential information with his associates about which cryptocurrencies would be featured as new listings across the company’s front page. In doing so, they were able to acquire the assets at a relatively low price and then sell them for a profit once they became available on Coinbase, due to the subsequent bump in both availability and visibility.

In order to calculate how pervasive this issue has become, the team of researchers at UTS analyzed the trading patterns of tokens across decentralized crypto exchanges. They found that digital currencies experienced a 40 percent increase in trading across 300 hours (or just under two weeks) before they were added to the Coinbase marketplace. Their analysis was confined to trading activity over Uniswap. (Bloomberg notes that the 10 to 25 percent range cited in the study was calculated using four wallets, three of which are believed to have belonged to the men charged with insider trading.)

Insider trading? — While it cannot be fully proven that this trading pattern is evidence of widespread insider trading, the statistical analysis used in the study did account for the possibility of “bullish speculation,” or, rather, a run of good investor luck.

Regardless, the paper points to more foul play that took place in an industry that has not been able to settle on the definition of its product over the last handful of years. (Is cryptocurrency financial security or something else entirely?) Impending regulations will offer more clarity in the coming months and years, but in the meantime, expect to hear plenty more about illicit activities within the crypto space.