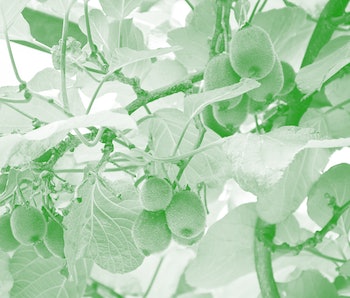 For all its merits, the internet can still be a terrible place. Take, for example, Kiwi Farms, an online forum that was officially launched in 2013 and has garnered infamy for its dedication to coordinated harassment.

A Washington Post report broke the news that the site, which has been linked to at least three suicides, will no longer receive hosting support from Cloudflare, a web-infrastructure and security company that protects websites from cyberattacks.

Cloudflare’s decision to cut its relationship with Kiwi Farms arrives on the heels of what the former CEO, Matthew Prince, describes as the potential for real-world consequences:

“As Kiwi Farms has felt more threatened, they have reacted by being more threatening... we think there is imminent danger, and the pace at which law enforcement is able to respond to those threats we don’t think is fast enough to keep up.”

The final straw — Kiwi Farms was founded by Josh Moon, a former web administrator for 8chan, another forum that is known as being a breeding ground for hate and white nationalism.

An NBC piece outlines the tactics used by forum-members to abuse victims, which involve “doxxing (the release of an individual’s identifying information with malicious intent), [and] swatting (a term for when an anonymous person sends an urgent, false tip to the police about a violent crime in a victim’s home in the hopes that law enforcement will raid it and potentially harm the person inside.)”

In recent weeks, Kiwi Farms began attracting media attention, following a public battle between the site’s users and Clara Sorrenti, a trans Twitch streamer, who has railed against anti-trans legislation in the U.S.

Accordingly, Kiwi Farms embarked on a particularly vile mission to silence Sorrenti, which included her home in London being swatted, leading to a temporary arrest. She has since had to vacate her home, and speaking to the Washington Post, noted that “Kiwi Farms isn’t about free speech, it’s about hate speech. The majority of the content on the site is threads used for target harassment against political targets.”

Overripe — Sorrenti has launched a campaign of her own — appropriately titled #DropKiwiFarms — which has been able to gain traction, leading people on Twitter to speak out against the forum in the hope that Cloudflare would drop it.

Initially, the company’s response, which was attributed to Prince, outlined a neutral position, citing that Cloudflare’s security services are crucial for the online experience writ large, and that “cyberattacks, in any form, should be relegated to the dustbin of history.”

However, since the death threats against Sorrenti and her supporters have grown in volume, Cloudflare has decided that a real threat of violence was likely, and ultimately decided to sever its ties with Kiwi Farms.