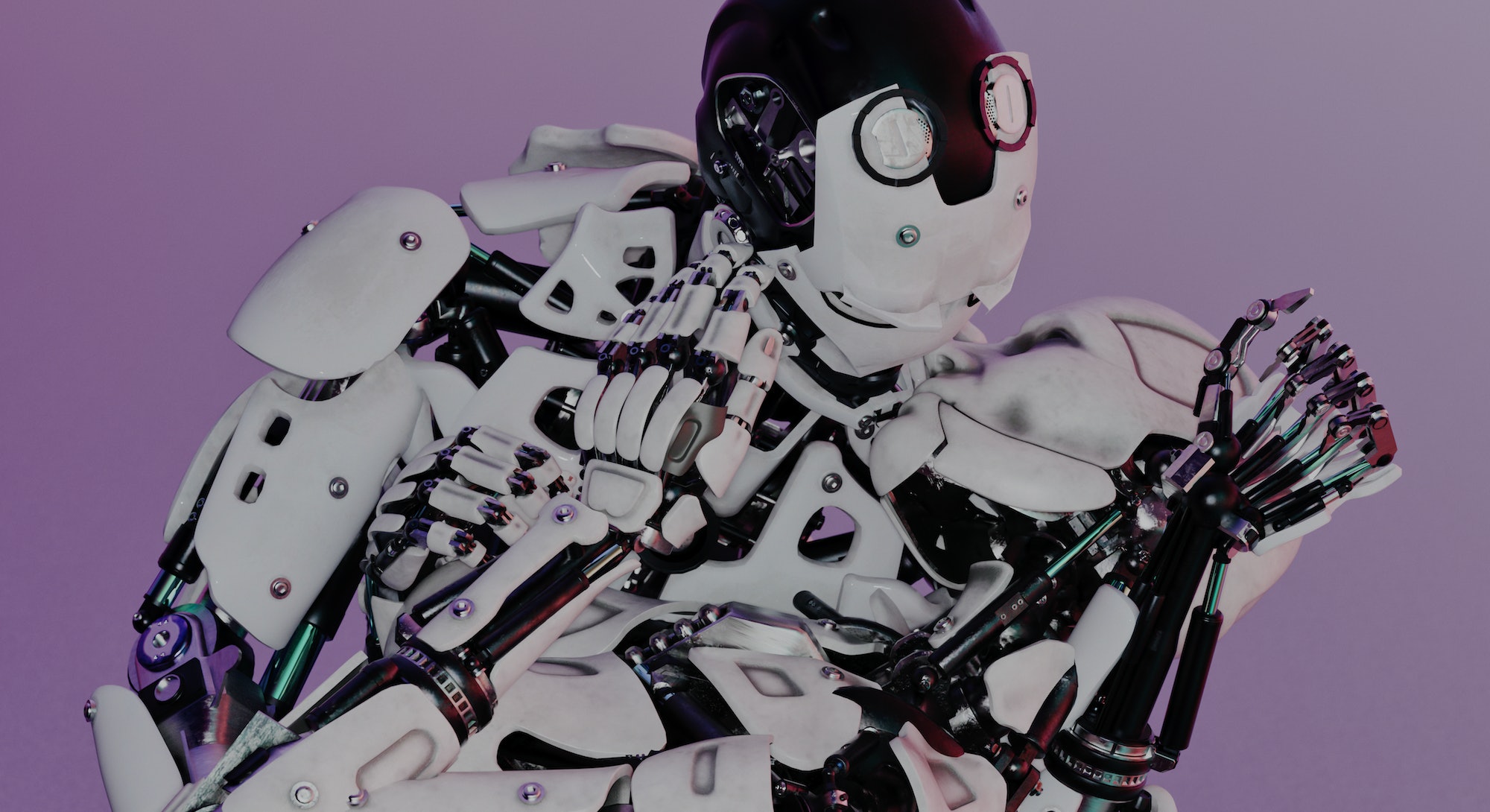 Archillect, an AI Twitter bot with 2.4 million followers, is designed to “to discover and share stimulating visual content.” That, for the most part, translates to images of cityscapes, architecture, and arty-looking animals. But every so often, the AI tweets out stimulating content of another kind.

That means conventionally sexy images of women: a naked one lying in a vat of cream-colored paint, a bethonged one with her butt pressed against the glass of a bus shelter, or this one, in close-up, sucking on her finger in an alluring way.

Murat Pak — the developer behind Archillect, who answers questions like “What did you do before becoming a designer/developer” with responses like “I didn’t exist” — did not respond to multiple requests to speak for this story. So we don’t know what he thinks of her (yes, Archillect is a she) alleged horniness.

But the site’s about page does give us some clues as to how it all works: Based on keywords fed to it by a human, Archillect crawls the internet for content she believes will reach high levels of engagement online. “She tries to understand what is ‘liked’ on social media,” according to the site.

Archillect is as likely to post pictures of bridges or boats as it is butts, but because we’re human, we pay attention to and note the prevalence of ass cheeks on our timeline more readily. “As humans, we’re really good at seeing patterns all over the place, even when none exist,” says Dr. Michael Ekstrand of Boise State University, a computer scientist who studies and develops AI. “We see this account, we see the occasional misfires, and we as humans in our interpretation of what this bot is doing will go far further than the data support in ascribing intent.”

We’re also more likely to see patterns in the AI and attribute conscious behavior to it because that’s the way tech has always worked. “This is something we do in tech all the time: It’s not about doing the actual thing — it’s about fooling people that it’s happened,” says Machulis, who frequently calls upon the haptic illusion, where developers pretend something is responding to touch more than it actually is, in his own work.

“Close enough” is often the defining philosophy when it comes to AI and sex.

“Trying to accurately represent a mechanical representation of touch is so goddamned difficult and expensive,” he says. “What we have to do is go, ‘Well, the brain is a shitty pile of hacks, so what can we do to fool it in the cheapest way possible to make it feel 90 or 95 percent the same?’ That’s what’s going to happen with these algorithms. It’s close enough.”

An academic paper tied to the device defines a “movement” as “simply a series of up/down motions at varying speeds, which are translated into motor movements.” Machulis is underwhelmed: “If that act specifically is tied to a single linear movement on a single axis as encoded by people, then okay, we have very different definitions of this act.” Yet because it’s to do with sex — and human brains short circuit when it comes to sex — the AutoBlow is at least passable. And at present, that’s good enough.

“Will AI ever encompass sexuality? That’s a hard question to answer, because they’re such different things.”

“This is a systemic social problem that isn’t easily solved,” says Devlin. “The first step is to acknowledge the extent of the problem. We as a society are beginning to do that: AI ethics has become a big talking point in the last few years. But there’s so much more that needs to be done, and there aren’t complete answers yet.”

The ethics of sex, just like its politics, are vitally important — either when we’re envisioning a future of AI-driven sexbots designed to provide pleasure, or an arty-image-focused Twitter bot getting all hot and bothered. But on that immediate question of the interconnection between AI, sex, and Archillect, Machulis prefers to redefine the question.

“Will AI ever encompass sexuality? That’s a hard question to answer, because they’re such different things,” says Machulis. “We get to this Turing Test idea: Not ‘Is it perfect?’ but ‘Is it good enough to fool someone?’ We’re having this conversation — therefore it’s already there.”