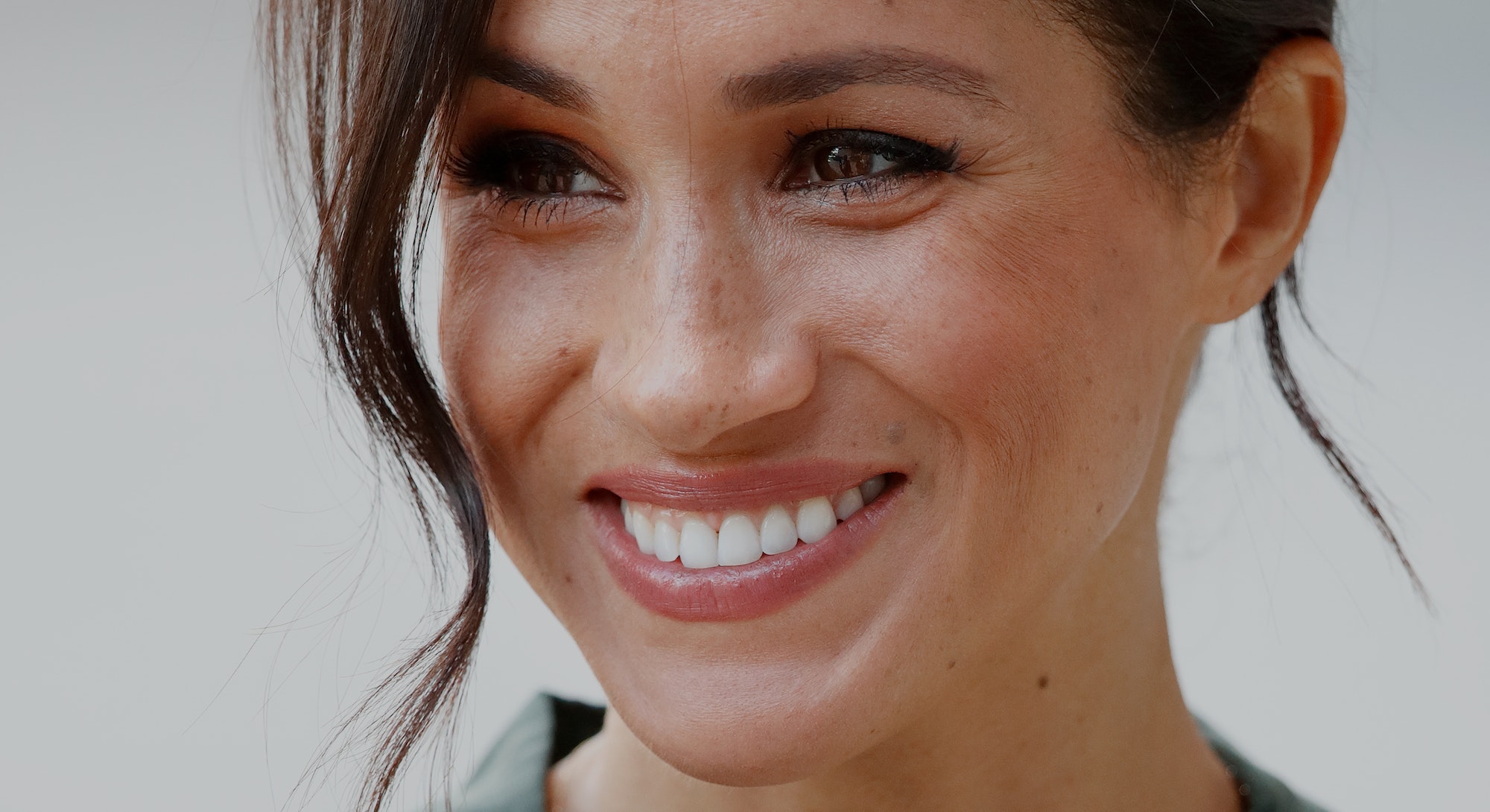 When Meghan Markle married into the British royal family in 2018, she represented a sea change in the staid, lily-white institution. Not only was she an American television actress, she was divorced and mixed-race.

In the beginning, the union of Markle and Prince Harry was touted as a fairytale combination of Hollywood glamor and British aristocracy. “When Harry and Meghan got married, I was so overexcited, it was ridiculous,” says Sue Smith, 56, a recently retired nurse and royal YouTuber based in South Carolina.

Smith — who asked Input to use her online pseudonym — believed that Markle would be a revitalizing force for the royals. “I thought she was going to get in there and do great things,” she says.

But it didn’t take long for the British press to turn on Meghan and Harry, viciously attacking them over Markle’s attempts to overhaul the old-fashioned way of doing things. Critics charged that a lot of the coverage of Markle was racist. “The U.K. press is bigoted, specifically the tabloids,” Harry told Oprah Winfrey in 2021. (The unrelenting press coverage led the couple to quit the royal family and move to California.)

Smith, too, changed her opinion of the Meghan and Harry. She didn’t like what she was reading in the press and seeing on YouTube, where there is a broad network of anti-Markle channels. “The whining started — the constant ‘I need a break,’ even though they weren’t working, and the constant, ‘I don’t want to live here, I want to go there,’” she says. “The excessive amount of clothes.” She thought of the old maxim that where there’s smoke there’s fire.

One of the YouTube channels that Smith cites is run by a British woman called Murky Meg, who currently has 85,000 subscribers. Murky Meg regularly posts videos opposed to Markle and her husband; recent videos are titled “SHOCKINGLY Are Harry & Meghan are trying to silence EVERYONE?,” “Harry's Cruel Snub to The Queen,” and “Is Meghan caught in a web of lies? 🕸”

Ultimately, Smith decided to set up her own channel, posting her first video in September 2020. Until late March 2022, Smith posted videos on YouTube discussing Markle’s negative impact on the royals. The three oldest videos on Smith’s YouTube channel — all of which spell Markle’s first name wrong — are “Reasons people dislike Megan and harry,” “Megan and her plagiarism,” and “Examples of Megan’s rudeness.” “The channel was growing exponentially” she says, and it recently exceeded 35,000 subscribers. “I had a really good, faithful following.”

Smith was posting two videos a week discussing her opinion on the latest controversies around Markle, as well as other members of the royal family, before moving to a more intensive posting schedule in the last three months or so. “Every single day, Harry and Meghan put out a statement,” she says. “They put themselves in the news. Every day it was something.”

Then, on March 22, she tried to log into YouTube, and found she couldn’t. She began receiving messages from her fans saying that her channel had been permanently suspended. She discovered it was for “multiple or severe violations of YouTube’s policy against spam, deceptive practices, and misleading content or other Terms of Service violations.”

“Getting banned made me so ill. I started getting pains in my chest and couldn’t breathe.”

Smith claims she has never received a strike against her channel before March 22. “I was very politically correct,” she says. “I never touched politics. I never touched anything that was really controversial. I never called anybody names. I was very careful with my wording on everything.” She has since set up accounts on YouTube alternative Rumble, which is popular with the alt-right, as well as Gettr. “Those are websites that don’t have cancel culture,” she says.

Meanwhile, Sadie Quinlan, a 65-year-old from Cardiff, Wales, who ran the Yankee Wally account, was also banned from the video sharing site, on March 19. One of her videos was titled “Meghan Markle is uncultured, uncivil spoilt and rude. But she CAN see 500 yds with her rat-eyes!" She has also given advice on how to use VPNs to cloak one’s identity when submitting negative comments to the site for Meghan and Harry’s Archewell organization.

Quinlan tells Input she started her YouTube channel around four years ago. “My mother died in January 2018,” she says. “I was just looking for something, anything, to take my mind off it.” Quinlan grows upset when she explains how she found out she was banned from YouTube. “It made me so ill,” she says. “I started getting pains in my chest and couldn’t breathe.” She claims she was admitted to the hospital and kept overnight on a heart monitor. “The shock,” she says. “It was the shock.”

Both Smith and Quinlan are unsure exactly why they were banned. “I had no idea I had repeatedly done anything,” says Quinlan. “If you repeatedly make a mistake in a job, doesn’t somebody put you right?” But they’re more certain on who’s behind the bans. “I think it has something to do with Christopher Bouzy,” says Smith. “I’m sure you must know who that is.”

Bouzy, 46, is the New York–based founder of Bot Sentinel, a site that tracks social media accounts it believes spread hate. In January 2022, Bot Sentinel released a report estimating that the three largest anti-Markle YouTube channels earn nearly half a million dollars combined from YouTube AdSense revenue, which comes from advertisements played before and during popular videos.

Smith alleges Bouzy has a “hit list” of anti-Markle YouTube channels that he is campaigning to get removed from the platform. “It appears that what he does is he tells these crazy Sussex Squad followers to mass complain and put up tweets explaining to them how to complain,” says Smith. (The Sussex Squad is what opponents call pro-Markle accounts, due to the royal titles of Harry and Meghan: the Duke and Duchess of Sussex.)

For his part, Bouzy doesn’t deny that he has a list of about two dozen YouTube accounts he believes are directing hate at Markle and her husband. Combined, he tells Input, those accounts have notched up more than 500 million views.

“It’s a serious issue, because many of these channels are pushing out stuff that is not true or is defamatory,” he says. “They are not only putting out ‘fake news,’ but are criticizing her looks or the way she talks. It does fall under the YouTube policy on targeted harassment and abuse.”

Bouzy was compelled to look into the anti-Markle YouTube group after being tipped off by Markle’s own fans on social media. He uncovered what he believes is a sophisticated network of people profiting off Markle’s popularity on YouTube while peddling hateful content.

He says all the anti-Markle YouTube channels he has monitored have earned up to $3.5 million in ad revenue. “For the core accounts, it’s clear that money is the main motivator there, but then the secondary accounts just don’t like her because of race,” says Bouzy, who is Black.

Smith denies that racism comes into play. “I was not raised to see color,” she says. “I was raised to see a character. People don’t dislike Meghan because of her color.” She suggests if the situation were reversed — if Harry were a woman and was taken away from her home country by a man who married her and cut her off from her family — things would be different. “The world would be screaming from the rooftops: ‘This is abuse!’

“There has been more racial division because the two of them got married than there’s ever been, as far as I can tell,” she continues. Smith also alleges that Bouzy is attacking her right to free speech and believes Bouzy is funded by the PR firm hired by Meghan and Harry, Sunshine Sachs. (Bouzy says that is not true.)

Bouzy says he doesn’t deal with YouTube directly, but believes the coverage of Bot Sentinel’s research makes its way to the powers that be at the platform. He counts the suspensions of Smith and Yankee Wally as victories for Bot Sentinel.

“When we see stuff like this happening — the coordinated, targeted stuff — we have to try and stop it.”

When contacted by Input, a YouTube spokesperson says that Yankee Wally’s channel was terminated “for repeated violations of our harassment policy, which prohibits content targeting individuals based on attributes, such as their race or gender.” Meanwhile, the ban on Smith’s YouTube channel was lifted. “Upon review, the flagged channel was reinstated. When a mistake is brought to our attention, we review the content and take appropriate action, including restoring videos or channels that had been removed,” the spokesperson says.

Despite that reversal, Bouzy anticipates more anti-Markle accounts to get shut down. “Once you suspend one account for targeted harassment or abuse or any number of things, when you point to other accounts doing the same things, now you have to take similar actions,” he says.

Bouzy says the backlash has been severe. He has researched QAnon, MAGA, and Brazilian election bot activity, alongside COVID and climate change denialism. “This is by far the worst in terms of the [personal] attacks and messages — call it character assassination,” he says. “It’s just been wild.” A Change.org petition calling for Twitter to ban him has nearly 2,500 signatures, while anti-Markle Twitter accounts post racist hate directed at him.

Smith alleges Bouzy has doxxed her, her husband, and her son with autism. “I think he does that in order to intimidate you to get you to stop talking,” she says. “But that doesn’t work for me. I wasn’t raised to be intimidated by anybody.” Bouzy denies the allegation. “We are closely monitored by Twitter,” he says. “If I were doxxing their users, they would suspend my account and terminate our API access.”

The biggest question of all is why it matters so much. I asked Bouzy why he puts himself through the trolling and vitriol from the anti-Markle brigade. “There’s a difference between someone posting something about someone they don’t like and this,” he says. “My team” — which includes paid members and volunteers — “feels like we have a duty. When we see stuff like this happening — the coordinated, targeted stuff — we have to try and stop it.”

“I’ve never seen anybody cause so much division and strife as Meghan has.”

For Smith, the answer to the same question is less clear. “People get upset because they don’t like being told they’re a racist just because they’re white,” she says. “There is such a thing as reverse racism. I’ve never seen anybody cause so much division and strife as Meghan has.”

Smith believes she’s acting on behalf of the silent members of the royal family: Prince William, his wife Catherine, and the Queen. “You haven’t heard one word from William about what’s going on with Harry,” she says. “And I think it’s horrible that they are complaining about family, knowing they can’t respond.”

Now that she’s been unbanned, Smith is free to continue posting on YouTube, defending the honor of the royal family. Within days of being reinstated, she shared a new video: “Im Back!!!”