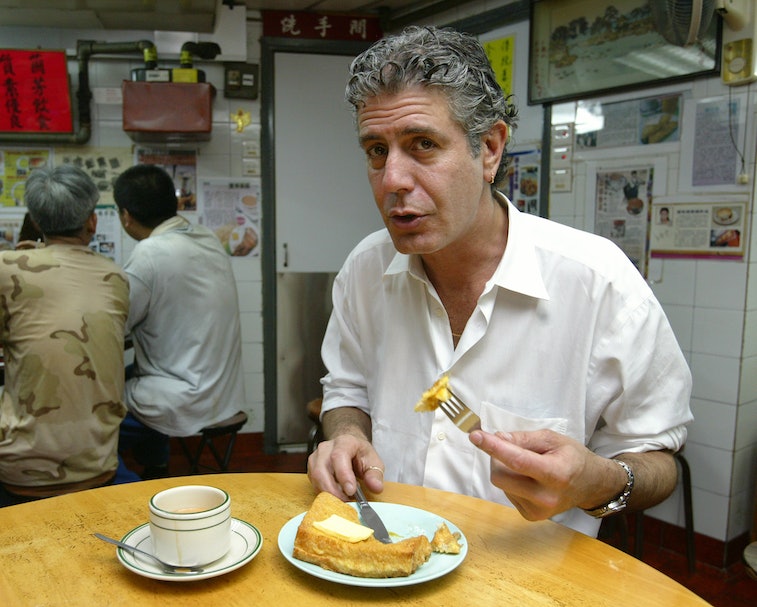 A new documentary film has harnessed artificial intelligence to artificially voice quotes from its subject, the late Anthony Bourdain. Details of the dubious decision are outlined in a piece in The New Yorker, and raise a heap of uncomfortable questions about whether or not it's ethical to put words in the mouths of the deceased, whether or not they penned them during their life.

He never said them — The lines appear in filmmaker Morgan Neville’s new documentary, Roadrunner: A Film About Anthony Bourdain, when an email from Bourdain is initially read by the recipient, but the audio then transitions into Bourdain’s own voice. Helen Rosner, who penned the story for The New Yorker, asked Neville how he was able to get the audio. Neville then explained how it was created.

Throughout the film, Neville and his team used stitched-together clips of Bourdain’s narration pulled from TV, radio, podcasts, and audiobooks. “But there were three quotes there I wanted his voice for that there were no recordings of,” Neville explained. So he got in touch with a software company, gave it about a dozen hours of recordings, and, he said, “I created an A.I. model of his voice.” In a world of computer simulations and deepfakes, a dead man’s voice speaking his own words of despair is hardly the most dystopian application of the technology. But the seamlessness of the effect is eerie. “If you watch the film, other than that line you mentioned, you probably don’t know what the other lines are that were spoken by the A.I., and you’re not going to know,” Neville said. “We can have a documentary-ethics panel about it later.”

Gray area — The fact that the words were Bourdain’s doesn’t make it any less eerie that an artificial voice speaks them. And in a genre like documentary, that purports to reflect reality — albeit one inevitably tempered by what’s included, what’s omitted, and the filmmaker’s particular agenda and biases — it’s especially jarring.

It’s also a slippery slope, because if you’re going to fake Bourdain’s voice, why not go all-in and recreate scenes with him using CGI? Why not have him discuss his own death? Or talk about his regrets? Or perhaps perform a closing monologue?

Bringing back dead celebrity lawyers for their celebrity daughter’s birthday via hologram is weird enough, but given the Kardashian family's love of the limelight, conceivably something Robert would’ve signed off on while he was still alive. But it’s hard to imagine Bourdain, fiercely private as he was, would ever have wished for this.