Ugh, the price of Amazon Prime is going up by quite a bit 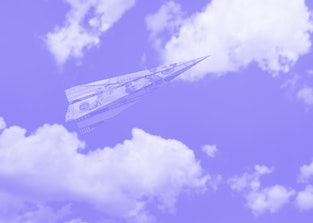 How much Amazon is raising the membership price by, bringing it to $139 a year.

Despite massive earnings in Q4, Amazon Prime is enacting price hikes (just like Starbucks and Netflix have done in recent weeks). In a Thursday earnings report, the company, which is the second-largest private employer in the U.S. with nearly a million workers, announced it would increase Prime membership prices from $119 to $139 annually from $12.99 to $14.99 monthly. The price change goes into effect for new members on February 18 and, for current members, the first date of renewal after March 25.

According to the company, the increase has nothing to do with this week’s news that the city of Rotterdam is removing a historic bridge so that Jeff Bezos’ yacht can pass through. Instead, Amazon is pointing its finger at the supply chain and inflation.

“As expected over the holidays, we saw higher costs driven by labor supply shortages and inflationary pressures, and these issues persisted into the first quarter due to Omicron,” said Amazon CEO Andy Jassey.

Back in the day — Prime wasn’t so expensive. For nearly a decade since its launch in 2005, Amazon Prime subscriptions stayed at $79. But prices raised to $99 in 2014 and then to $119 in 2018. This year’s announcement follows the company’s every-four-year price hike pattern.

In Q3 of 2021, Amazon reported a substantial profit decline (the largest percentage drop in four years) due to supply chain disruptions and staffing issues. But according to the Q4 report, things are turning around. The company’s profit beat expectations by soaring 31 percent in the holiday quarter — a quarter that saw Amazon earning $14.3 billion, including a gain of $11.8 billion from its stake in Rivian Automotive, an electric car maker that went public in 2021.

As Chris Stokel-Walker wrote for Input a few months ago, Amazon makes delivery drivers resort to peeing in bottles, has a worker injury rate twice that of similar companies, deters employees from unionizing, and hoards all the cardboard in the world. But despite the company’s bad press, it’s hard to quit your Amazon habit and Amazon knows it. Who else could deliver a cat carrier hoodie or a pigeon mask or a bag of earthworm jerky to my door in two days?

The company has everything — even the product “nothing” which sells for $7.99 (with free shipping for Prime subscribers, of course).