“When you’re the person who is supposed to be saving people, it can be really hard to admit you’re struggling.” 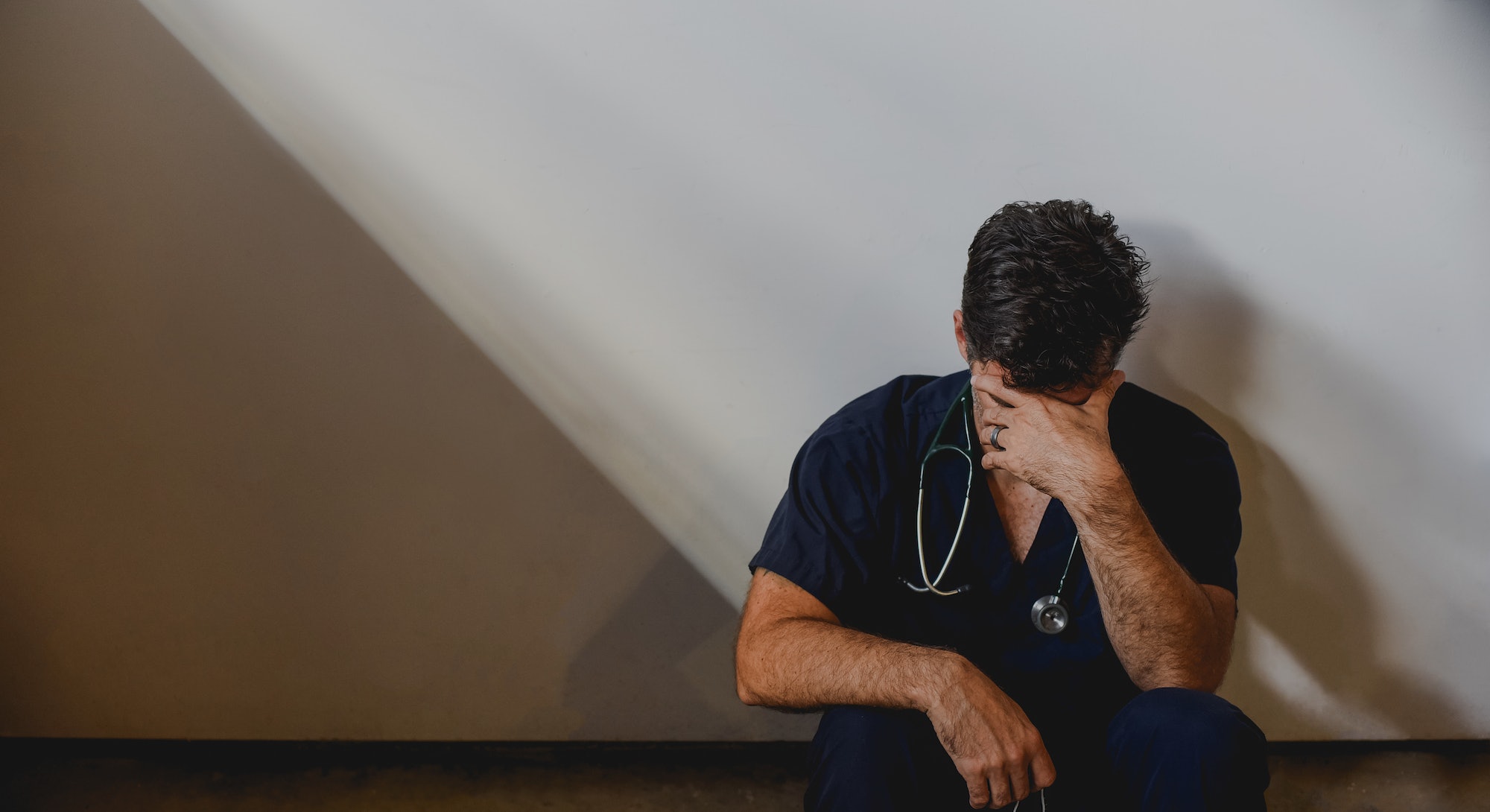 Jake Goodman makes his living trying to improve the health of others.

A physician and psychiatry resident, he also uses social media to try and demystify medicine and mental health for the masses — posting TikTok videos and selfies with charming captions on health and wellness. But last week, Goodman posted a selfie that not only garnered vitriolic backlash from some on social media but also revealed a greater rift in medicine as a whole: Is it possible to heal people if you need to be healed?

The selfie went up on December 5: In the picture, a scrubs-clad Goodman looks at the camera dead-on with his tongue stuck out. On it, there is a little round pale blue pill. The accompanying caption focuses on mental health, stigma, and getting treatment — and then it includes these two sentences near the end:

My name is Dr. Jake, I’m a physician who treats mental illness, and I take medication for my mental health. And by the way, I’m proud of it.

Many of Goodman’s followers praised him for raising awareness of mental health through sharing his own challenges, something many healthcare workers struggle to do because of stigma within their own profession. But just as people praised him, others accused Goodman of being unfit to be a doctor because “a medical doctor should be in good mental health.” Some accused him of shilling for big pharma. A few threatened and even doxxed him.

“When you’re the person who is supposed to be saving people, it can be really hard to admit you’re struggling,” Goodman tells Inverse.

The pandemic has only exacerbated healthcare workers’ mental health challenges — but for both professional and cultural reasons, few admit they need help or seek it out. Goodman says there are two big factors that keep these rates so high: Fear of losing one’s medical license as a result of admitting mental health issues, and the worry that to do so would cost patients’ respect and trust in their ability to care for them.

As a result, both doctors and patients lose out — sometimes with fatal consequences. Doctors have the highest suicide rates of any profession; prior to the pandemic, they already died by suicide at twice the rate of the general population.

The law versus the stigma

Both the American Medical Association and the Federation of State Medical Boards recommend avoiding questions about mental health entirely, the latter explaining that a history of mental disorders, “does not reliably predict future risk to the public.”

In a 2016 study, researchers found that in places where that question was asked as part of the licensing process, physicians were also least likely to seek treatment for their mental health. Some 40 percent of doctors said they would avoid getting mental-health care due to potential “repercussions,” the study authors write.

“Many doctors in training will not seek help for fear of being labeled as weak.”

Jessi Gold, an assistant professor in psychiatry at Washington University’s School of Medicine in St. Louis, has also written about her use of mental health medication. She says as long as doctors think they could lose their license for disclosing mental health issues, they will continue to hide or ignore their own mental health problems. Not only is that harmful to the doctors, but it also doesn’t do the patients any good, either.

“Doctors who can take care of their mental health are better equipped to help their patients,” she says.

Even before licensing comes into the equation, medical students often exist in a culture where getting help for their mental health is seen as a weakness, Goodman says.

“There's a culture in medical school that opening up about your mental health and seeking help is extremely taboo. It’s ingrained in the culture,” he says. “There's a stigma around mental health and medications to the point where many doctors in training will not seek help for fear of being labeled as weak.”

This culture is why Goodman says he started his social media accounts, in January of 2020.

“I started [my social media accounts] with the goal of making videos, advocating for mental health, and letting other people know they’re not alone,” he says.

Like Gold, he believes his lived experience makes him a better doctor.

“Not only am I a doctor treating patients, I'm also a human being,” he says. “I'm not sitting up here above you saying ‘here's what you should do.’”

When Goodman posted his selfie, it revealed two concerns among potential patients — not fellow doctors.

The first: A doctor being open about using mental health medication might push similar meds on his patients or otherwise shill for Big Pharma. The second: A doctor with a mental health condition was inherently unable to responsibly practice medicine.

These are not outlandish concerns. A for-profit healthcare system and scandals like Purdue Pharma’s deliberately deceptive marketing of Oxycontin provide fertile ground for worries about physicians’ motivations for prescribing certain drugs. But Gold points out that this may be less of an issue today because of these past scandals.

“We have a lot more rules now; I’ve literally never met a pharmaceutical representative. [Pharmaceutical companies] do more direct-to-consumer advertising than through us. There are a lot of ads for psychiatric drugs on TV,” she says.

Goodman adds that doctors are by default, also scientists, or at least followers of science.

Gold agrees: Medication may be right for some, and not others. When she does prescribe the kind of medication she’s on — an antidepressant — she feels like she’s in a better position to understand the pros and cons because she’s experienced them herself.

“I do not prescribe to everybody,” Gold says. “There are lots of people who come in [to my office] where prescribing them medication right now isn’t the right thing to do. Being aware of that is a big part of my job.”

“I think a lot of the people who get angry about medicines have had a bad psychiatrist or a bad experience with medicine, and I have a lot of empathy for that. I don't discount that at all,” she adds. “But I think attacking someone because a medication is working for them when it didn’t work for you is not fair.”

Gold says that some critics of Goodman may be concerned that the symptoms of their mental health disorder or the side effects of medication might compromise a doctor’s ability to provide care. While she understands those concerns, she says, “it is our job to know when something is affecting our work. It is our job to then say ‘I’m not healthy, I need help or I need to step back from patient care.’”

Think about it this way: A cardiologist who takes medication for high blood pressure doesn’t have any worse understanding of the cardiovascular system than one who isn’t. Doctors are human beings, too.