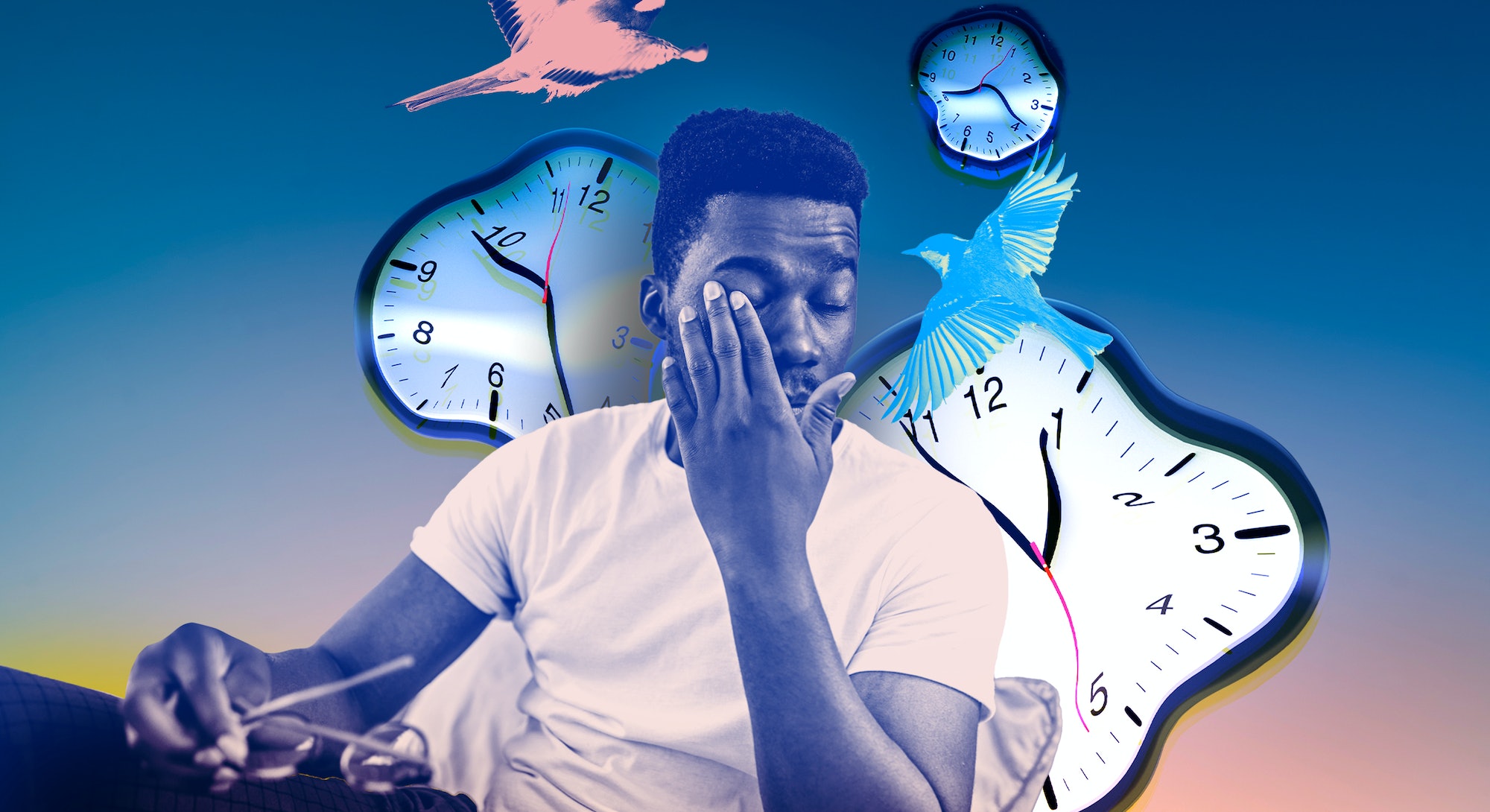 As any night owl can tell you, “not a morning person” is more than a saying on your aunt’s favorite mug.

Morning and evening people will attest that these two groups are fundamentally different. However, our 9-to-5 society caters more to early birds than night owls. So what makes someone an evening person, and is it possible to transform into a morning person?

What makes someone a morning person or a night owl?

The natural inclination to fall asleep and wake up at certain times is known as our chronotype, and it changes among individuals, Jamie Zeitzer, an associate professor of psychiatry and behavioral health at Stanford University and a circadian psychologist, tells Inverse.

Zeitzer says we don’t understand the biology behind chronotypes exactly, though “there’s obviously some genetic component to it.”

Our chronotype stays constant throughout our lifetimes, even if our natural sleep cycle shifts slightly as we age. For example, Zeitzer says, all chronotypes will have a later sleep-wake cycle during the teenage years compared with later in adulthood.

Those are natural shifts that occur as we age, regardless of when we have to be up in the morning. But for most people, external forces like work, school, and child-rearing may dictate when we wake up and fall asleep. And for that, we need to train our circadian rhythm.

How to make yourself a morning person

If you’re a night owl whose life requires morning-person hours, don’t despair; you can alter your behavior to make working on a morning-person schedule a little easier.

Whitney Roban, a clinical psychologist and sleep specialist, says it’s all about training your body’s circadian rhythm to get on an earlier schedule.

When the sun goes down, the lack of light and colder temperature signals the body to release melatonin, a hormone associated with sleep. However, artificial light and heat mean our circadian rhythms aren’t as strictly governed by the sun as they once were. Things like light, warmth, and exercise in the evening can all trick our circadian rhythm into operating in daytime mode. Instead of releasing melatonin, the body can release glucose, something sure to keep you awake. When you’re trying to get on a sleep-wake schedule more akin to a morning person’s, sleep hygiene and early morning activities matter.

Roban says, “If you naturally start to wind down on the later side, you’re going to want to deliberately start winding down earlier. You can do that by having a relaxing nighttime routine.”

“All those things are important in this specific case because you have to try to teach your body to fall asleep easier and earlier,” Roban says. “To do that, you really need a consistent sleep schedule.”

Say you’re starting a new job with earlier hours. If you try to go to bed earlier the night before you start, you’re unlikely to fall asleep right away. Instead, you may well be staring at the clock until the time you usually fall asleep.

“Research shows it takes about six weeks to adjust to an earlier sleep schedule. So if you usually go to sleep at 1 a.m. and now want to fall asleep at 11 p.m., you have to be consistent not just with your sleep time but also with your wakeup time,” she says.

Roban says she usually doesn’t advocate using melatonin because people can become overreliant on it, but during the transition process, a very low dose of the supplement might help. “I’m talking about like 0.5 milligrams,” she says, “just to help your body start feeling sleepy earlier. But you don’t want to stay with it once you’ve gotten into that rhythm, and it can’t be at the expense of good sleep hygiene or sticking to a constant sleep-wake cycle.”

That means going to bed and waking up at roughly the same time every day, including on weekends.

Zeitzer agrees, saying that if an evening person is sleeping from 11 p.m. to 7 a.m. during the week, but 3 a.m. to 11 a.m. on the weekend, come Monday, your brain is four hours behind where it should be. “By doing that,” he says, “you’re weakening your circadian rhythm.”

Why your morning routine matters

What you do in the morning is just as important to your circadian rhythm as what you do before bed. Basically, you want to do the opposite of what you do at night. Natural light, exercise, breakfast, and a cup of coffee all signal to your body that you’re up, moving, and ready for the day. Having a daily morning routine that you look forward to will help you get out of bed when you’re tempted to snooze, Roban says. And, she stresses: Don’t snooze!

“You should also drink a big glass of water in the morning; that gives you energy and lets your body know that it’s time to wake up,” she says.

These tips can’t change your underlying chronotype, but they can do the next best thing: make it significantly easier to feel like someone with a morning-person chronotype.