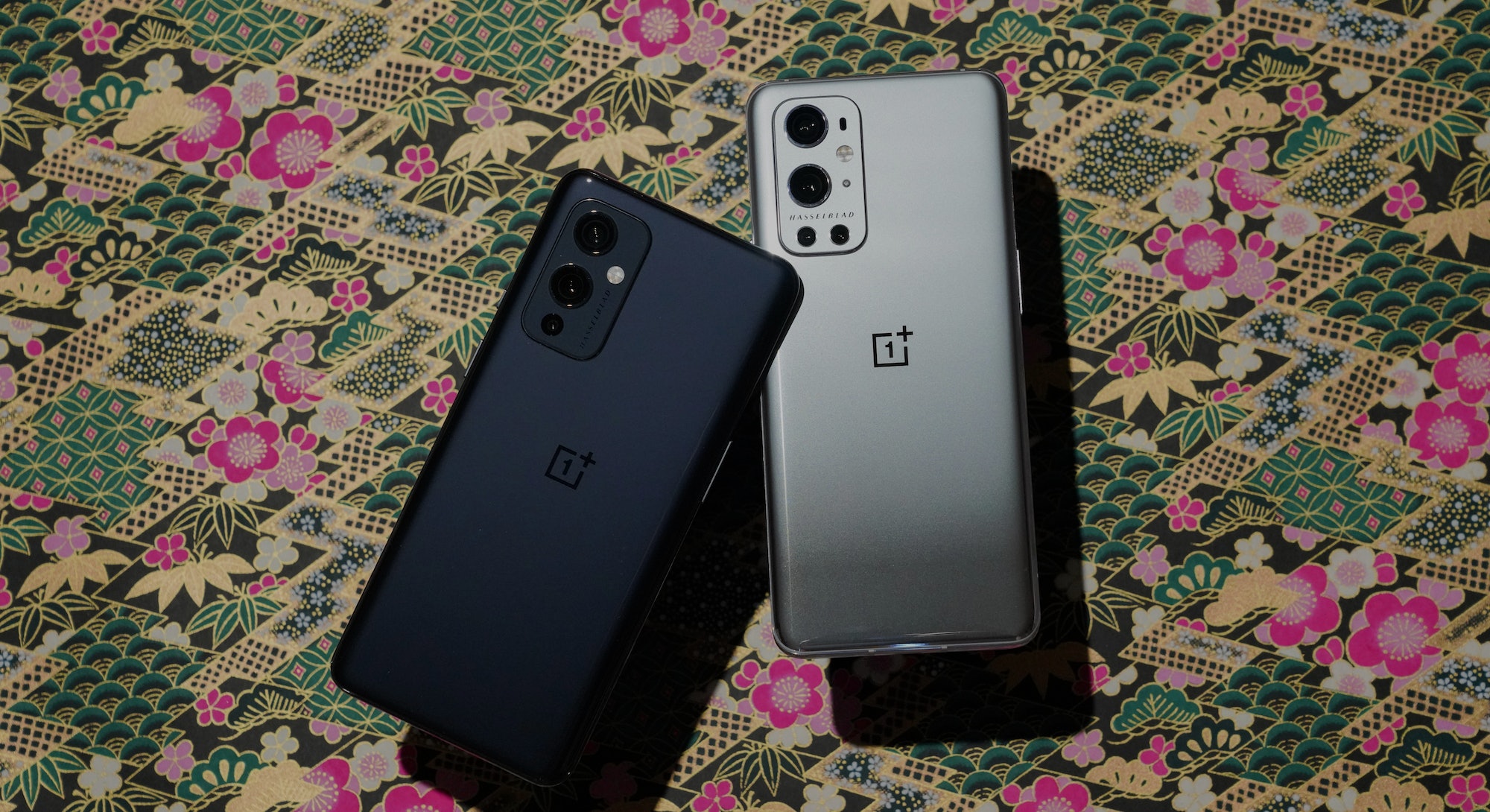 During a virtual “Global Media Discussion” with media last week, OnePlus CEO and Oppo chief product officer Pete Lau outlined plans for the future of OnePlus phones in hopes of fostering more transparency with its community. He calls this next phase for the company “OnePlus 2.0.”

The dialogue was a much-needed one to clarify the direction of OnePlus following the announcement in June that it would further integrate itself with sibling Oppo, with which it shares the parent company, BBK Electronics. While integration with another company is often considered a welcome pathway toward growth (read: access to more resources), many OnePlus customers have expressed their discontent with the change. What happens to OnePlus’ identity?

Depending on where you stand on the tighter OnePlus-Oppo relationship, Lau’s preview of what’s coming to OnePlus phones starting in 2022 is either a bright new beginning or another step toward its end.

Currently, Oppo phones run ColorOS and OnePlus phones operate on OxygenOS. Both operating systems are based on Android and they have some UI and UX similarities, but if you look hard enough you’ll find the differences.

Starting next year with its 2022 flagship — presumably the OnePlus 10 (OnePlus hasn’t announced a name yet) — OnePlus will transition its phones from OxygenOS to a new “unified and upgraded global operating system” that will be shared by Oppo devices. In other words: there will be one codebase for devices from both companies. The transition to the new OS is expected to be “completed together with the next major Android update in 2022.”

Speaking in Mandarin, through his usual English translator, Eric Gass, Lau said the new global OS will combine OxygenOS’s “fast and smooth” and “clean and lightweight” experience with ColorOS’s “reliable” and “smart and feature-rich” software design. Neither he nor any OnePlus spokespeople shared a name for the new global OS; media weren’t shown any previews of the OS, either. Gary Chen, the lead designer on OxygenOS, will be leading the design for the unified OS so take that for what you will in terms of software taste.

“There will be some differentiation in UI and features particularly for a OnePlus [phone] on certain features and customization. There will be a continuation of the focus on not having preloads — so having a very clean software experience, not having advertisements,” Lau said. “I’m confident this will be an experience to surprise and delight all of you.”

From where Lau is standing, the global OS is positive for consumers. With more resources from Oppo, OnePlus phones will presumably get better software support with quicker rollouts for features, bug fixes, security patches, etc.

“We have been able to actually increase our frequency of updates.”

“We have been able to actually increase our frequency of updates, as well as our R&D resources with our merged entity in supporting more updates on more devices,” Lau said. “And in particular, along with the support of three major Android updates, providing four years of security patch updates for our flagship devices.”

OnePlus definitely needs all the help it can get. As the company has grown larger, its pacing for timely software updates has slowed down. The OnePlus subreddit is rampant with complaints about bugs that desperately need addressing.

More specifically, for OnePlus 8 and 9 owners, who might be wondering whether they will be getting the new unified OS, Lau confirmed these devices will be updated, though stopped short on any timeline for when that might happen. Until 2022, OnePlus is still on track to bring OxygenOS 12, based on Android 12, to its flagship phones this year; the company says it’ll arrive “shortly after” Android 12 launches.

Devices that won’t get the unified OS (specific models to be announced later) will still get any promised OxygenOS software update commitments and, again, four years of security patches. But once those commitments are finished, OnePlus won’t be extending support for them. You’ll need to get a new OnePlus phone with the unified OS if you want to stay with the brand.

Oh, and for the real nerds: OnePlus confirmed the unified OS “will continue to support unlocked bootloaders as always.”

So if the software is going to be very similar on OnePlus and Oppo phones starting next year, then is the only differentiation going to be hardware? Lau seemed to imply as much, saying each brand will continue to develop products that cater to specific features, or markets, or price points.

“The overall experience of each of the products can be quite different. For example, some products may focus on creating an overall most high-level or most flagship camera experience. While others might focus on, for example, a very unique selfie camera experience while other devices may have more of a focus on overall gaming experience and performance. So I think this has to go back to how the products are defined and the audience the product is built around and built for. Of course, in addition to that, the branding and marketing approach of the different.”

Previously, OnePlus designers operated independently from Oppo designers. Moving forward, Lau says the teams are working in a “larger overall design team” using more shared resources. “Within this larger overall design team, there are different groups working on OnePlus and Oppo devices. We find that this approach is most efficient and most effective for our large product portfolio going forward and the products of the two different brands.”

Marketing, branding, and PR will remain independent Lau said. “They take independent approaches on these fronts.

One hardware nugget Lau shared: There will be no “T” version of the OnePlus 9 series. So no OnePlus 9T or 9T Pro. In the past, the company’s released a T version with slightly better specs. The next flagship phone is not until 2022.

So much of a new phone now comes down to its camera. A bad camera is unacceptable, especially in a flagship phone. OnePlus knows this, which is why it entered into a multi-year partnership with Hasselblad this year starting with the OnePlus 9 series.

Lau says the continued partnership is coming along and, in the future, will bring an easier-to-use camera app, simpler shooting features, better power optimization. OnePlus is doubling down on features where it lags competitors such as improved color calibration, computational photography, and customized sensors and optical lenses. We’ve seen some of these features on the OnePlus 9 series, but there’s still more to be done.

“There isn't a simple way to make a great camera experience.”

Looking ahead, Lau said it’s exploring New “advanced zoom capabilities, improved image stabilization, and next-gen camera modules.” Whether these features make it into the first 2022 flagship, Lau didn’t say, but OnePlus is working on better camera tech. It wouldn’t be a stretch to imagine, say, periscope lenses for greater optical/hybrid zoom or image sensors with larger microns and better low-light capabilities. These all seem inevitable to stay competitive with Samsung and Apple on the flagship level.

Outside of the universal OS and camera improvements coming with its Hasselblad partnership, Lau didn’t address whether the closer integration with Oppo will mean OnePlus entering more product categories.

We know Oppo makes an ecosystem of products. Some are clearly inspired by rival products like Oppo Watch, which is a clear Apple Watch knockoff. Others, such as smart TVs and wireless earbuds exist as complementary to phones. Unsurprisingly, OnePlus makes these same products, too. It wouldn’t be difficult to imagine the combined forces of Oppo and OnePlus taking on new products such as tablets or laptops or other product categories. An Oppo-OnePlus team-up would be a force to be reckoned with.

When asked whether consumers might see product compatibility across brands (i.e. perhaps something like OnePlus smartwatches controlling Oppo smart TVs), Lau said the focus will be on software for now.

Oppo’s innovations shouldn’t be dismissed. The company was the first to use a periscope system to enhance optical zoom in phones. It’s experimenting with rollable phones as a potential alternative to foldable devices. And earlier this year, Oppo demoed true wireless charging over the air. OnePlus products stand to potentially benefit from getting first access to bleeding-edge tech from Oppo.

It’s indeed a new era for OnePlus with all of the internal changes it’s undergone. It’s impossible to say whether or not OnePlus is on the right track — or rather, back on track — to appeasing its tech enthusiast fanbase.

Mergers and consolidation can go both ways. They either can greatly improve or stifle a company and its strategies. OnePlus has always been extremely careful with its branding, marketing itself as a startup even after its global headcount ballooned. The brand, if you never heard of them, didn’t feel like another Chinese brand. Hell, a lot of people I’ve introduced to OnePlus over the years never cared about its Chinese heritage, only that the products were high quality and more affordable than similar devices from Apple or Samsung.

OnePlus’ absorption into Oppo puts its Chinese identity front and center. Fair or not, there’s still a certain stigma to Chinese brands in many places. How well OnePlus navigates under Oppo will test its brand power to the fullest. Will people still care about OnePlus knowing that it now shares so much with Oppo?