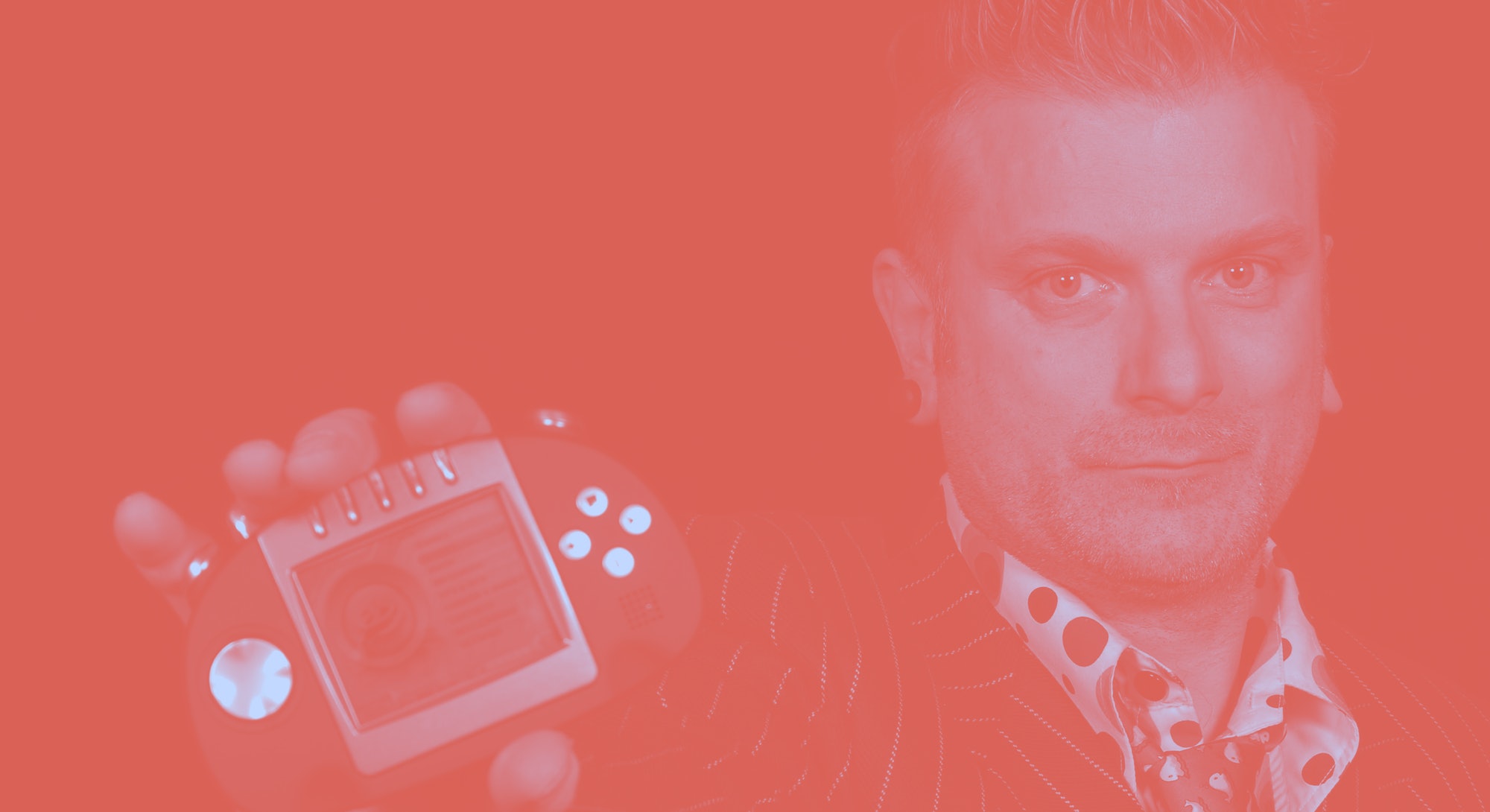 Breaking into the gaming industry is a herculean effort requiring the funding and manufacturing power of a major tech corporation like Microsoft, Sony, or Nintendo. Or, in the case of once-promising handheld console the Gizmondo, business instincts picked up in the Swedish mafia.

The first time I saw a Gizmondo, I salivated. I was 15 and scrolling through tech blogs on my iBook when my eyes landed on something utterly bizarre: A Swedish gadget that wanted to be the next Game Boy. But it was going to be even more than the Game Boy. The Gizmondo was a game console, a PDA, a GPS unit, and a digital camera. Somehow, this European wonder promised to check every box on my 2005 Christmas list. I wanted it immediately. (And this was before a slew of celebrities I loved — Busta Rhymes! Jodie Kidd! Pharrell Williams! Danni Minogue! Rachel Stevens! Sting! — attended the device’s U.K. launch events.) Nearly 15 years later, I am 30, and I own a Gizmondo. I purchased it on eBay, for $200, while intoxicated. You said I was bad with money? Well, look at me now, Dad!

The Gizmondo is easily the strangest thing I own. After dragging it to the office to wave around, pulling it out at parties, and eventually adding it to a collection of weird handhelds I display in my glass coffee table, it has paid for itself in laughter and conversation alone.

For the unfamiliar, the Gizmondo was an attempt by the U.K.-based Tiger Telematics — not to be confused with Tiger Electronics, the company that terrorized us in the ’90s with Furbies and Giga Pets — to wrest control of the handheld gaming market from Nintendo and Sony. Packed with a GPS, a built-in JPEG camera, light wireless for SMS, multimedia playback features, and basic PDA functions, the Gizmondo was certainly not lacking in ambition.

Initially, Swedish business partners Carl Freer, an aspiring entrepreneur, and Stefan Eriksson, a former car thief and arms dealer, set out to make a device for children. One that could, presciently, enable parents to track its young user’s location? For the purposes of stopping crimes involving kids? Sure.

It won’t surprise you to learn that the Gizmondo saga came to a close in a spectacular fashion. First came revelations that Eriksson and other execs had ties to the Uppsalamaffian (the Uppsala mafia). Then came the crashes, figurative and literal. In early 2006, Tiger Telematics was forced into bankruptcy, having amassed $300 million in debt. Weeks later, Eriksson decimated an incredibly rare Ferrari Enzo on the Pacific Coast Highway while traveling at 162 MPH. (He blamed the wreck on a mysterious German man named Dietrich – a man whose existence was never proven.) Eriksson later pleaded guilty to two counts of embezzlement and one count of illegal gun possession and served two years in jail.

But none of this sordidness should color your opinion of the Gizmondo.

The unit itself resembles a black and silver bean, with two knobs functioning as shoulder buttons, an array of stiff unadorned buttons at the top of the screen, confusingly labeled gameplay buttons, and a surprisingly functional D-pad. It feels fantastic in your hand — seriously, everyone who holds it comments on how comfortable it is compared to our slim, sharp smartphones — though it should be noted that if you hold it for too long, the rubberized coating will melt onto said hand. Whatever the material is, it’s less resilient than the coating of an M&M. The console retailed for $400 or, through a forward-facing price model that would later be adopted by products like the Amazon Kindle, a $229 ad-supported version that would use a customer’s GPS data to target them with retail ads (that feature was never enabled). The device was exclusively sold in the U.K., Sweden, and the U.S. In America, it was only available through the kind of mall kiosks normally home to magnetic bracelets promising health benefits.

“Whatever the material is, it’s less resilient than the coating of an M&M.”

The Gizmondo has a library of 14 games, just eight of which ever saw release in the U.S. Almost all of these games are laughably terrible, crash the device’s rudimentary operating system, or, in the case of the surprisingly fun Sticky Balls, are named things like Sticky Balls. One announced, but never released, title was Momma Can I Mow the Lawn?. I would give away my hypothetical first-born child for a copy of Momma Can I Mow the Lawn?. The other functions of the device, such as its camera, GPS, and PDA functions, either work very poorly or not at all.

The Gizmondo was a failed product from start to finish. That much is obvious. It was reviewed terribly upon release and, unsurprisingly, it sold just as terribly, moving less than 25,000 units. It was so bad that the company that created it started hyping an improved successor (the Gizmondo Widescreen) before it had even sold a single unit. So why do I absolutely love it?

I’m not doing a bit here. I am inordinately fond of my Gizmondo. Perhaps it’s my flair for the dramatic (I love Real Housewives), my deep interest in grifts and scams (I wear my Theranos T-shirt around the office at least once a week), or my penchant for weird gaming history (I once earnestly painted a mural of Sonic’s frenemy Knuckles). But I’d like to think that, regardless of my predilections, I’d still be charmed by this bizarre technological artifact. The team that produced the Gizmondo was attempting to do the impossible. It was trying to show that with a bunch of (admittedly half-baked) ideas, a fair amount of gumption, and some seriously dubious leadership, every new gadget or innovation in the 21st century needn’t come from an existing tech titan. Gizmondo once dared to throw its ugly little hat in the ring. Yes, the hat melted away, and its entire platform has since been forgotten, but that spirit of ambition and can-do-it-ness is sorely lacking in a world where your best hope for keeping your startup alive is tricking Softbank into giving you a billion dollars several times over.

Gizmondo’s “I Can Do Anything” tagline wasn’t just a bunch of words that would later be echoed in the film Bee Movie. The Gizmondo was a (blurry) vision of an all-in-one technological companion nearly two years before the iPhone was even announced. It’s a vision shared by every geek who’d ever seen Star Trek. So it’s hard for me to fault the Gizmondo development team for being a little too excited about getting there. For better or worse, I am part of a small band of weirdos who remember being delighted and enthusiastic about something that offered zero brand recognition, no existing IP, and not so much as a functioning production model — all attributes a modern consumer has come to expect from the humblest Kickstarter product. I still remember being thrilled just by the idea. Much like lottery ticket holders everywhere, I got sold a dream. It was a dream deferred, sure, but all these years later, at last I can proudly say: I am a Gizmondo owner.

This article was originally published on Dec. 10, 2019