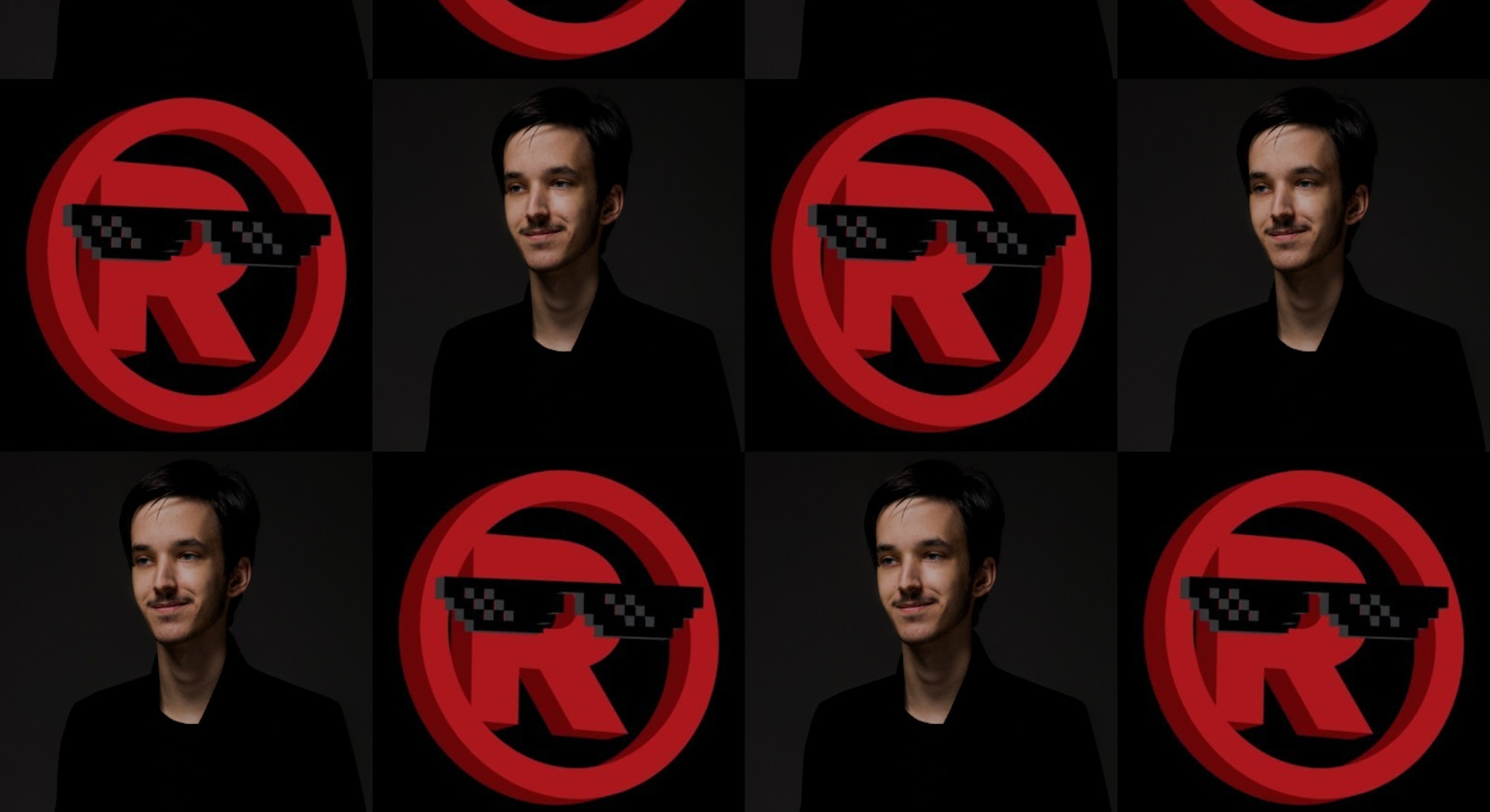 RadioShack celebrated its 100th birthday last year, but in the past week the once-staid brand has begun tweeting like a sex-obsessed twentysomething.

It hadn’t. The tweet was deliberate. Whether it’s marketing genius or sheer idiocy is a matter of heated debate on the platform.

Either way, it’s a radical change for the brand best known for selling electronics, batteries, and the like. It comes two years after the chain — which has filed for bankruptcy twice — was purchased by Retail Ecommerce Ventures.

RadioShack now counts some 400 retail stores in the U.S., down from around 5,200 in 2014. It has — inevitably — gotten into cryptocurrency, too. RadioShack Swap, the firm’s crypto exchange platform, allows users to exchange one coin or token for another. The company also has its own token, $RADIO.

And to boost its profile, the Shack is channeling the finest internet shitposters. “You really have to make an impression in order to basically get known with youngsters,” says Ábel Czupor, RadioShack’s chief marketing officer, who declines to share his age with Input but claims to have seven years’ experience in marketing. “Right now, we’re still kind of figuring the voice out,” says Czupor, whose LinkedIn page says he joined as CMO in April 2022.

But while RadioShack is figuring out what it wants the voice of the brand to be, Czupor resolutely knows what he wants it not to be: dull. “If you look at any corporate accounts, all of them are pretty boring,” says the marketing exec, who is based in New York. “That is not something people really engage with; that’s more content people will be reading but not talking about.”

People certainly have been talking about RadioShack since Czupor introduced an element of outrageousness to the company’s Twitter feed. (He says that he has a team of people who workshop material, but he’s responsible for everything that goes out under the @RadioShack handle.) “It’s all about putting the information in front of people that this brand still exists, and this brand is way cooler than it used to be,” Czupor says. “It seems like it’s working out.”

In the three days before Input spoke to the CMO on July 2, RadioShack’s tweets gained 100 million impressions, according to Czupor. “Thirty million people have clicked on our profile, and the follower count is up about 170,000-ish since we started,” he says.

The marketing chief acknowledges the haters, who accused the account of resorting to cheap tricks to gain attention, but says that’s okay. “We would prefer to have that ratio, instead of people not even knowing that you still exist,” he says.

Czupor says he was introduced to the folks at RadioShack by one of his business partners, whom he declines to name, and pitched the brand’s revival strategy to executives. At the time Czupor joined, RadioShack was posting solely crypto-related content, but he quickly realized it wasn’t doing a great job converting customers.

“Yes, we do have a cryptocurrency swap, but that is not the complete business,” he says. “There is way more to the business.” Czupor’s posts focused more on what merchandise was available on RadioShack’s webstore and tapped into a wave of nostalgia. “I saw a lot of people were still in love with the brand,” he says.

“The squirters definitely made an impression on people,” he says of the tweet, which Twitter initially hid. (“Maybe they were trying to control what kind of content goes viral on their platform,” Czupor speculates.) “It was basically good on Twitter’s part to hide our tweet,” the marketer adds. “That just added to the effect.”

He believes the squirter tweet — which he says also resulted in Twitter locking him out of the account temporarily — popped off because of its relatability. “This is something so-called bros would be talking about with each other, but nobody would be saying this publicly — especially not a brand,” he says.

A subsequent “apology” tweet from a made-up “Shack intern” doubled down on the controversy.

“That was so down-to-earth that people know it’s not a brand talking,” he says. “This brand has a personality, and it’s not just someone doing a nine-to-five job, posting all day long what the brand wants them to say.” When asked to envision who, in the user’s mind, the RadioShack Twitter admin is, Czupor references a viral TikTok joke, saying that it’s Candice the intern.

While Czupor says he doesn’t want to share the formula he’s developed for the brand, he does allow that @RadioShack starts off the day with a good morning tweet, followed by a twist, and an hour or two after that, another tweet that sets the theme of the day.

“All of them have to be something people will be surprised about,” he says. “The more surprised people are, the more engagement it’s going to get — as long as the tweet is good and doesn’t offend anyone directly.” Czupor says that one no-go area is politics. “We don’t want to turn people against each other because of something we’ve said,” he says.

Despite the critics, Czupor claims that several sentiment-analysis scripts that monitor conversations around posts made mentioning RadioShack and the wording used in them show “overwhelmingly positive” results. He reports that RadioShack has seen a huge increase in sales through its webstore. He hopes the new direction will result in more brick-and-mortar sales, too: “We want the franchise owners to get people to go to the stores because the brand and the name of the brand is cool.”

Czupor claims that investors and brands RadioShack works with are impressed with the speed at which the company has come back into relevancy. “It’s definitely a great case study, both for us and others, about how you can really make an impression on people,” he says. “On social media, if you’re a brand, you’re not going to achieve something unless you are going to take risks and do something that no other brand has ever done in the past.

“There are a lot of different takeaways,” he adds. “I would ask about the idea of making deep research on this to someone at, like, Harvard.”