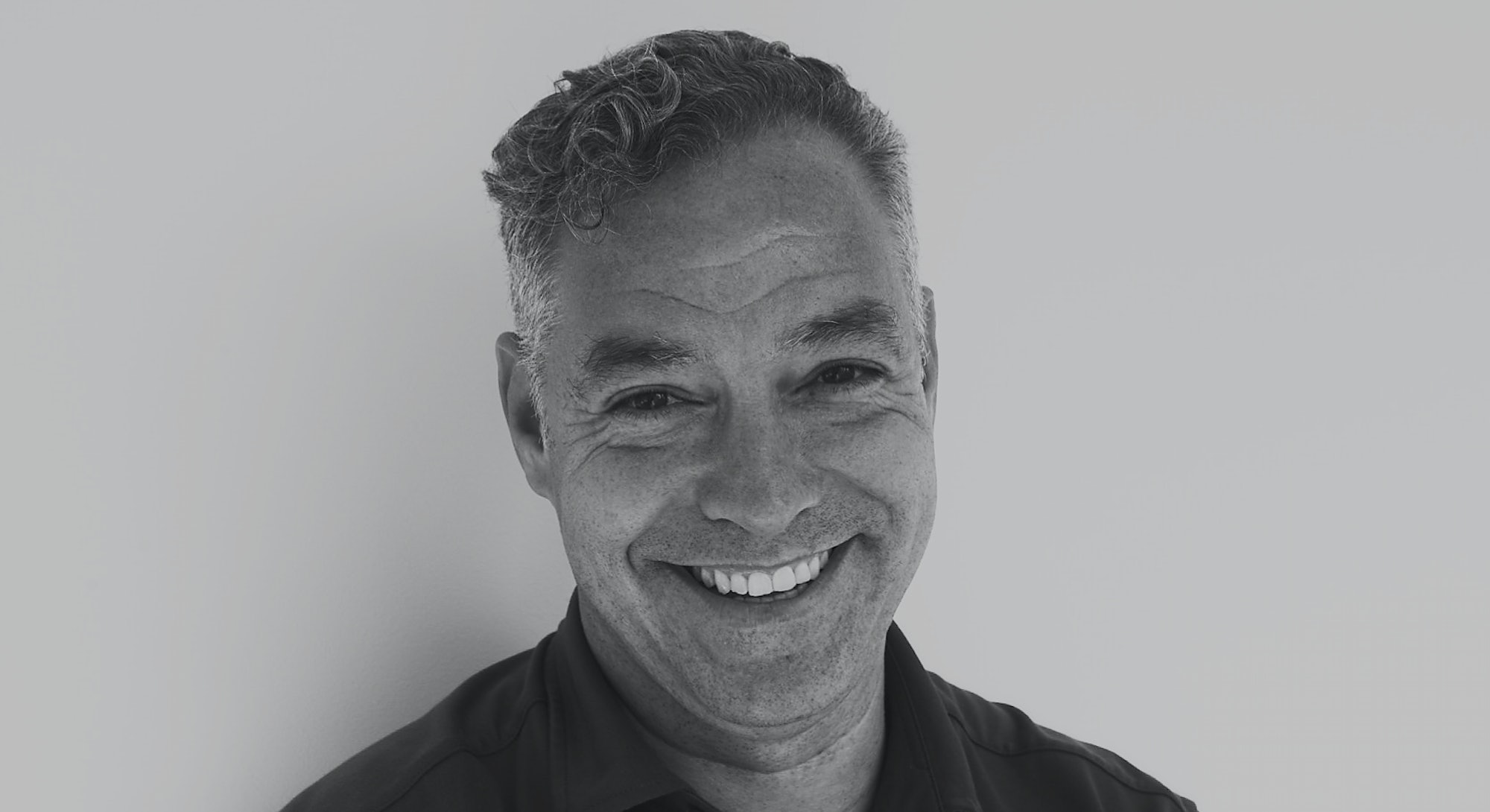 Not every day does an email from a Pulitzer Prize-winning New York Times journalist land in your inbox — which is perhaps why Ian Urbina made sure to put in the subject line “(No, this is not spam, nor is it a bot).”

In his May 22, 2019 message to musician Benn Jordan’s manager, Urbina — using his New York Times email address — explained he wasn’t contacting Jordan for an interview, but to run an idea past him. “My idea concerns using music to empower story-telling,” he wrote, pointing to his 2015 series of Times pieces about crime in international waters.

Urbina wanted the Atlanta-based Jordan, who performs and releases electronic music as The Flashbulb, to contribute to a soundscape that would accompany the upcoming release of his book, The Outlaw Ocean: Journeys Across the Last Untamed Frontier. (The book came out in August 2019; it was widely acclaimed and became a Times bestseller.)

The project, as Urbina envisioned it, would use some of the audio he recorded during his reporting. Unbeknownst to Jordan at the time, Urbina was also in the process of contacting hundreds of other electronic and hip-hop musicians regarding the project.

“[Urbina] reached out to me later on asking if I knew of other artists for the project. He seemed hungry for more and more.”

Like many requests made of professional artists, there was a catch — and Urbina knew it. “Now, I am doing this entire audio idea as a passion project,” he wrote in a May 23, 2019 email to Jordan. “So, there is no upfront money. That said, there will be a lot of interest (and thus online traffic/royalties) on it once we create it.”

Urbina mentioned Spotify was building a podcast around the project. (Spotify did not respond to Input’s request for confirmation of this claim.) “Netflix and [book publishing house] Knopf who are both creating things tied to the book are eager to promote the soundtrack,” Urbina added. (Netflix optioned Urbina’s book in 2016, although the status of that project is unknown; Input has approached Netflix for comment and will update this story with any response.)

Urbina also said that a company, Synesthesia Media, would be handling distribution of the music through streaming services — and had earmarked $50,000 for the project.

The reporter was asking artists to create exclusive tracks for the project, called The Outlaw Ocean. The contract gave Urbina co-writing credit for any songs; a 50 percent share of revenue would go to Synesthesia. “When I got the contract, I was like, ‘Okay, there’s going to be a lot of pushback with this,’” Jordan tells Input. “This was unlike any contract that I would sign for anything like this.” Despite his reservations, he signed the contract.

Things got weirder when other musicians Jordan knew got in touch with him and said they were excited to be working on the same project with him. Jordan says he was under the impression that he would be part of a small, exclusive cadre of artists. But this quickly became something different in his mind — a music-streaming rights-generating machine — and he decided against participating.

It was a “scam,” as Jordan now describes it. And it’s something he brought to the attention of the wider world in a December 2 video posted on YouTube that alleges Urbina collects streaming royalties from more than 400 musicians across services like Spotify and Bandcamp. (Jordan alleges Synesthesia is run by Urbina’s wife.) Urbina currently has 720,000 monthly listeners on Spotify — 72 times more than hip-hop legend Rev Run — despite never actually creating a song of his own.

The alleged scheme, according to Jordan, works like this: By aggregating musicians together into a collective, the publisher claims to be able to better support and publicize the artists’ music. In exchange for that, the publisher asks for a 50 percent cut. The cut is a significant share of income, but it’s income that the artist would otherwise not be getting — because, goes the theory, they’re being put in front of more people.

In reality, the promotion is minimal, and artists often end up signing away their work in exchange for very little, all while the publisher generates passive income.

One participant, who asked to be identified as AB, called The Outlaw Ocean a concern. “[Urbina] also reached out to me later on asking if I knew of other artists for the project,” says AB. “He seemed hungry for more and more.” Ultimately, at least 462 artists signed on to partner with Urbina, giving him more than 2,100 songs in total.

Brian Trifon, who publishes music under the name Trifonic, received an introductory email from Urbina on March 22, 2019. “Bottom line, he convinced me that this would be good for Trifonic and that this would be a successful project,” says Trifon in an email. “Because I don't rely on Trifonic to make a living, I was okay rolling the dice on this project, but it never sat well with me.”

Because of that concern, Trifon ended up recording a single song — “A Void” — rather than the full EP he originally planned. “I saw that there was a good chance the scope was expanding to more than just a handful of artists,” he explains. “A Void” uses three of the field recordings supplied by Urbina. “97 percent was my materials and sounds and I was no longer thrilled to be giving up 50 percent of it,” he says.

Trifon’s email discussions with Urbina about changing the terms of the agreement to more accurately reflect the differing levels of contribution went nowhere: Urbina claimed that a 50/50 split was fair because he had spent five years reporting and collecting the materials.

“I truly wish I could say more since this project is truly one of my proudest accomplishments and it’s being woefully distorted in an incredible way.”

“If the equation is framed strictly on sound ingredients in the song itself, then sure it looks lopsided,” Urbina wrote. “But if you look at the full slate of inputs for this project both those contributed up until now and what will come down the road in terms of brand affiliation by having the song associated with the concept and the issues and the reporting then I do not think it’s lopsided.”

Trifon’s wariness proved merited, he says, when the music was released as part of the project, alongside hundreds of other tracks. The majority of listens to “A Void” came from Trifonic’s existing fanbase. The Outlaw Ocean project did a handful of sponsored posts, and cut together a video utilizing Urbina’s footage.

“But there was no Netflix, Spotify, Knopf or NYT special support,” says Trifon. “It was all 100 percent about his book and even that, not many people seemed to care. I’ve worked in music long enough that I know that shit happens and I just moved on, but the whole thing left a bad taste in my mouth.”

Danielle Rhoades Ha, a spokesperson for the New York Times, says the paper is aware of Jordan’s video. “The allegations are troubling,” she says. “We are currently looking into the matter.” Urbina left the Times on May 30, 2019, but continued to use his Times email address to solicit musicians after that date.

Urbina declined to comment for this story, citing an ongoing contractual dispute. Instead, he pointed Input to a statement published by Synesthesia saying, “The video is inaccurate.” The statement claims the goal of The Outlaw Ocean project was to amplify journalism, highlight issues covered by the reporting, “and if possible, to develop additional funding to support more reporting.”

It continues, “We deeply value our artist relationships. We have always wanted our partners to share our vision.” Artists no longer wanting to dedicate a portion of their streaming revenues to the project are free to release themselves from the agreement they signed, and Synesthesia will “direct 100 percent of all such revenues to the artist.”

Urbina declined to answer a direct question about what his relationship with or role in Synesthesia is, and how much money was made from the music. However, the OO Project, the 501(c)(3) organization that oversees The Outlaw Ocean project, has less than $200,000 in annual revenue, based on the type of tax document filed with the IRS.

“I hope you will look closely at this matter to get to the facts,” Urbina writes in an email. “I also truly wish I could say more since this project is truly one of my proudest accomplishments and it’s being woefully distorted in an incredible way.” He claims he can think of why the project is being distorted, “but that brings us the legal dispute about which I can say nothing more.”

“Why would he be deceiving a bunch of electronic and hip-hop musicians? It just seems like a weird direction.”

Meanwhile, Urbina has blocked artists who’ve raised concerns about the issue on Twitter, including Jordan. “The guy’s blocked hundreds of people,” says Jordan. Yet Urbina still looks at Jordan’s Instagram stories, the musician says. “His way of dealing with this is just asinine,” says Jordan, who adds that he thinks Urbina had been just hoping the issue would go away.

But for Jordan, and the other artists who feel they’ve been scammed, it’s unlikely to. “I just run into the confusion: What was the deal here? Did you think nobody was going to buy your book and just panicked? I can’t make sense of it,” Jordan says. “I’m like, is it possible that person is that deceptive? This guy’s really established and had so much going for him. Why would he be deceiving a bunch of electronic and hip-hop musicians? It just seems like a weird direction.”

Jordan, however, still admires Urbina’s journalism, even if he’s baffled about how the situation turned out. “It’s another one of those things that’s just fascinating to me,” Jordan says. “Why would you put all that at risk for something as trivial as Spotify royalties, which are probably the worst way you can make money in 2021?”

UPDATE 12/8/21: Urbina has apologized via the Outlaw Ocean Music Project website: “You convince artists to invest their time, brand, effort, audience, trust and creativity into your project, it’s important to communicate with them fully, ensure they get royalty statements and paid on time, answer their questions quickly. I failed to do these things. The label I created to run the project and the subcontractor I hired to do these things surely could have done much better. I apologize unequivocally.”

He adds that “if musicians now feel (or previously felt) like the project got too large or didn’t perform well for them, the ethical way forward, seems to me, is clear: we hand you back your music and you’re free to publish elsewhere on your own.” Read the full statement here.

12/5/21, 5:15 p.m. Eastern Time: The text has been updated to include the detail that Urbina continued to use his Times email address to solicit musicians after his departure from the paper.