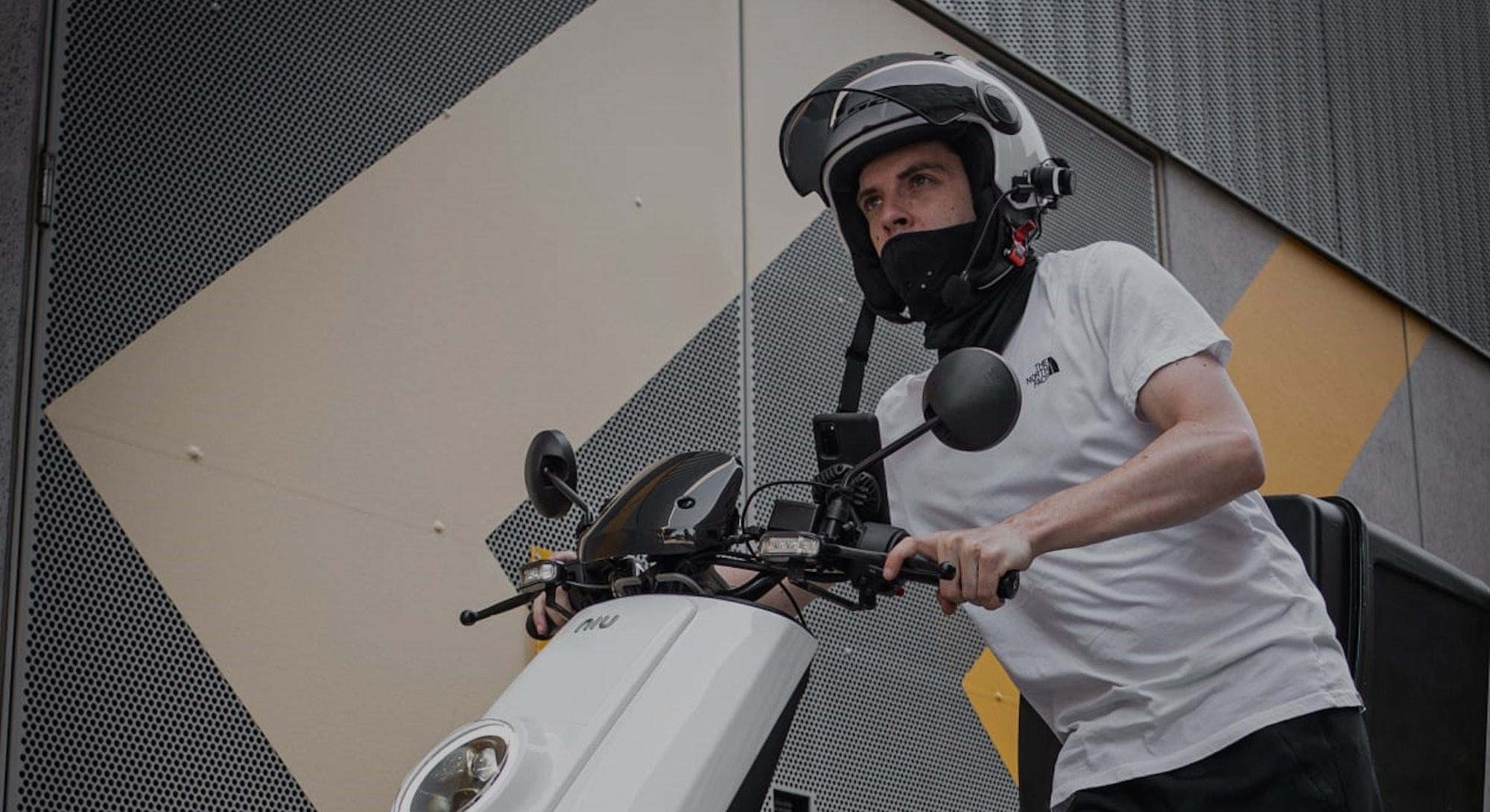 Milo Sterlini, a 28-year-old from London, has a full-time maintenance job at a university in the capital. But, a few years back, it became clear that gig alone wasn’t enough.

“I needed to make more money,” he says. “There wasn’t much overtime.”

So he turned to YouTube, searching for ways to make extra cash. Among the suggestions: food delivery. He started working for Uber Eats in September 2019, and two months later he launched a YouTube channel, London Eats, documenting his work delivering food around the city on his electric scooter.

The YouTube channel was a return to a past passion for Sterlini, who in his teenage years helped his brother edit rap videos for local peers. “I’ve always wanted to start a YouTube channel and get back into using editing software and being more creative,” he says.

Today, Sterlini has 50,000 subscribers who watch videos of him tearing through London streets to deliver orders on time, all soundtracked by lo-fi beats. At first, the YouTuber was happy when he got 100 views per video; now his most popular clip, recounting the theft and recovery of his e-bike, has more than 700,000 views, and he gets recognized while on deliveries, even when he’s wearing his helmet.

Sterlini is one of many creators showing the human side of our superfast, on-demand delivery economy. The hashtag #deliverydriver has more than 625 million views on TikTok, while videos showing the stresses, strains, and lighter side of delivery shifts can amass hundreds of thousands of views on YouTube.

Another delivery driver turned content creator is 22-year-old Atlanta Martin, who signed up to food delivery services in July 2019 while on maternity leave from her job at London’s Gatwick Airport. Like Sterlini, she was lured in by the idea of getting extra money on her own timetable.

She was an avid user of TikTok at the time and posted her first video from a delivery shift in March 2021. “I have no idea why,” she admits. The TikTok, of her making 11 separate deliveries — all while her daughter, then nearly two years old, sat in the backseat of her car (often asleep) — ended up being viewed more than 85,000 times, far more than any of her previous content.

The thrill of going viral encouraged her to post more videos from her job. “Within a week or so, I got to 10,000 followers and carried on doing that,” she says, speaking part way through a busy Sunday shift. In July 2021, she quit her job at Gatwick, and the next month she started posting on YouTube, becoming a full-time content creator. The inspiration for signing up to YouTube? Her father, who posts his own videos, reviewing cars, on the platform.

Part of the reason that Sterlini thinks delivery driver content is so popular on TikTok and YouTube is the uncertainty of what’s coming in each video. “Every shift is different,” he says. “Every time I go out, something different happens.” It could be a sluggish day where he has to work hard to scrape by, or a shift where one job comes in after another.

“There’s also the money side of things,” says Sterlini, whose videos include how much he gets paid (plus tip) for each delivery. “People enjoy watching someone work and not knowing how much money they’re going to make that night.”

That uncertainty highlights the challenges that gig economy workers face — one that’s compounded by the precarity of being a digital content creator. Before Sterlini had his first bona fide hit — a February 2021 video in which he demonstrated why he likes to work Friday nights — Sterlini thought about quitting.

“Filming and editing was taking up so much of my time, and back then I wasn’t getting any results,” he says. “But I just stuck with it, and it’s paid off. Now it’s getting to a point where I can actually live off YouTube revenue, which is quite crazy.”

Another big name in the delivery YouTube world is Bentley Koup, who posts regular videos under the username DoorDash Diaries. The 38-year-old from Charlotte, North Carolina fell into DoorDash in late 2017. A former insurance salesman, he was hoping to produce his own clothing line and needed a job to supplement his income until the fashion brand would.

He ended up becoming a full-time DoorDasher, then a creator focused specifically on producing content on how to succeed on the app. Like Martin, Koup started on YouTube because of a family member: in this instance, his son, who posts gaming videos. “I wanted to be a motivation and inspiration for him as much as he was for me,” he says.

Deliveroo, one of the apps that Sterlini uses, knows about his YouTube channel. “They haven’t said that they’re happy, but they haven’t said they’re not happy,” he says. “They just let me do my thing.” (As for Uber, Sterlini assumes the company knows of his channel.)

Even if they had problems, Sterini believes the companies wouldn’t have a leg to stand on: He keeps user data — as well as any identifying information, such as house numbers, street names, or faces — out of the shot. (He tries to keep people away from the camera’s glare, and blurs their faces if he can’t.) “I’m just filming a day in a life,” he says. “And for [the apps], it’s free marketing.”

The apps in question apparently often keep tabs on the people who create such content. Once, when Koup posted to YouTube a video delivering an order to a homeless shelter, he accidentally included the customer’s phone number in the video. “DoorDash sent me an email afterwards,” he says. “I knew at that point they were watching.”

That initial, censoriousness email resulted in a working relationship. Koup is reticent to share details, but says he’s often informed of pilot programs DoorDash launches so he can make videos about them for other gig economy workers. He says DoorDash doesn’t pay him for the videos, but he can make money through the referral code he advertises on them.

Martin also has become an unofficial liaison between the apps she uses, including Deliveroo, and her gig economy peers. She worked on a short documentary with Deliveroo to celebrate International Women’s Day and has visited Nottingham to see one of the company’s Editions dark kitchens — where food is produced by the same company that delivers it — in operation.

Like her family — with the exception of her YouTuber dad — she’s baffled by her popularity. “It’s a bit of a strange concept that you can make this your job now,” she says.