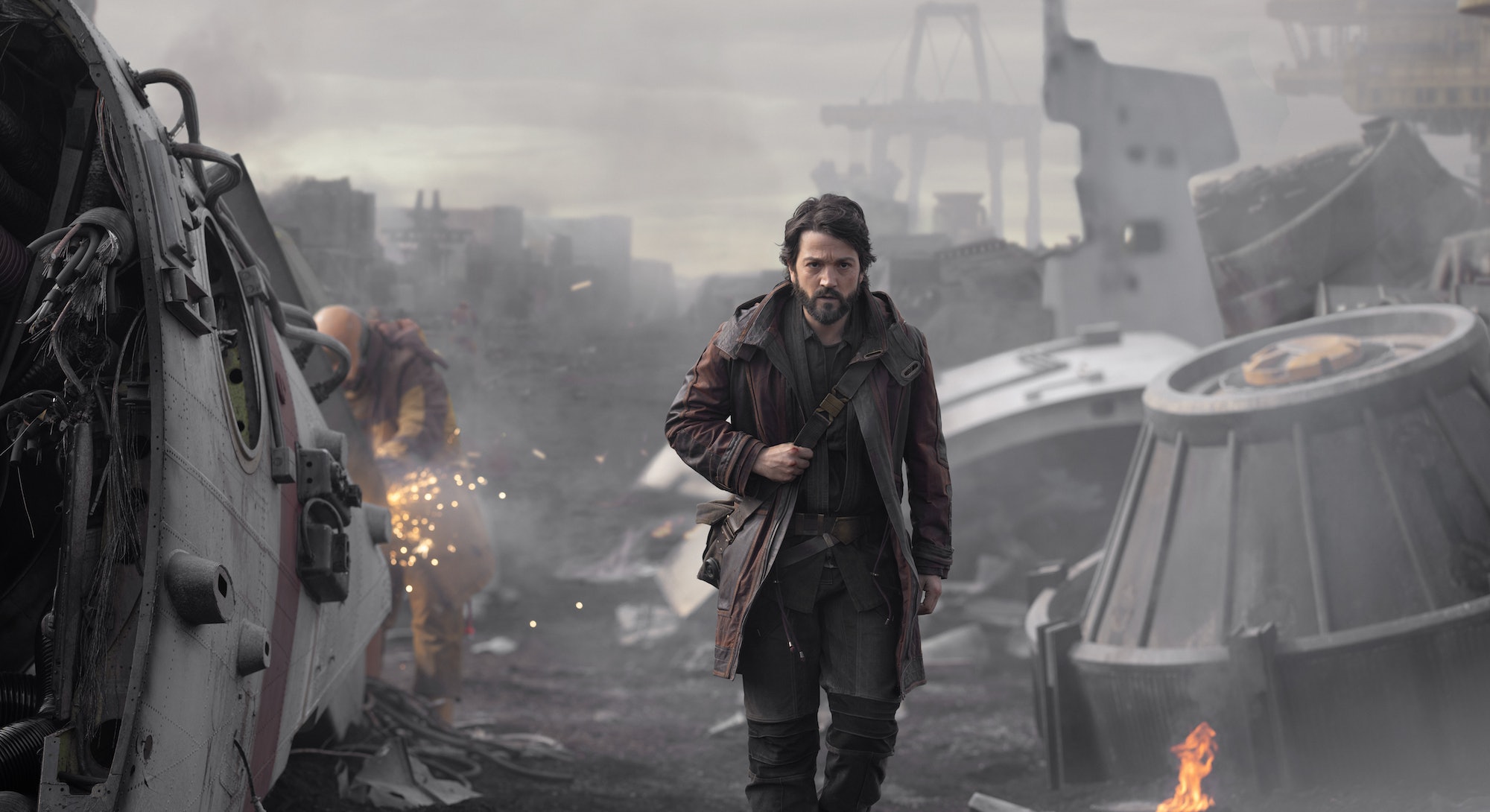 Andor might be the first prestige Star Wars show ever made.

Yes, we’re aware that The Mandalorian, The Book of Boba Fett, and Obi-Wan Kenobi exist — not to mention The Clone Wars and Rebels — but Andor is doing something different. It’s borrowing its ideas from the golden era of television, and in the process, it could be ushering in a new age of Star Wars as we know it.

“Think Game of Thrones or The Sopranos, not Stranger Things.”

The series follows Rogue One breakout star Cassian Andor (Diego Luna). But he’s a far cry from the confident rebel spy we watched sacrifice his life for the cause in 2015. Here, Cassian is a different man on a much simpler mission. He’s trying to track down his sister, and he’s not about to let his own morals get in the way.

Cassian lives in the galactic equivalent of a factory town, a mining planet controlled by an Empire-backed corporation. But when Andor “accidentally” murders two off-duty company men, the Empire begins to get involved just as our hero finds himself caught up in the beginnings of a rebellion.

Through the eyes of Andor’s sweeping cast, we see the full scope of the political environment at hand. Star Wars alumni Genevieve O’Reilly returns as senator-turned-rebel-spy Mon Mothma, who must play along with the Empire’s business while secretly assisting a guerrilla movement to overthrow it all. O’Reilly brings her character to life with the kind of quiet resentment we haven’t seen on TV since The Americans. It’s no wonder then that Andor is helmed by spy-thriller maestro Tony Gilroy, best known for his work on The Bourne Trilogy, Michael Clayton, and Duplicity.

The biggest difference between Andor and the rest of Star Wars isn’t the ambiguous main character, but the structure itself. Star Wars TV has taken many forms — an episodic space western in The Mandalorian, a six-episode miniseries in Obi-Wan Kenobi and The Book of Boba Fett, or a series of arcs in the animated shows.

Andor has already been confirmed for 24 episodes spread across two seasons. Because of this longer runtime, the story has more room to breathe. The first three episodes, which arrive together on September 21, take their time to establish not only Cassian’s character but his backstory and the tenuous political situation he lives in — along with a wider cast of heroes, villains, and everything in between.

Andor’s format isn’t without its growing pains. The first three episodes are incredibly slow-paced, bringing to mind the kind of shows you tell your friend to watch with the caveat that “it really picks up after Season 2.” Still, there’s an almost nostalgic quality to the slow set-up, reminding viewers of an era before the sheer volume of streaming content meant shows had to hook you within the first few minutes. Think Game of Thrones or The Sopranos, not Stranger Things.

Visually, Andor is already leagues ahead of its recent predecessor. Tony Gilroy has gone on record that the series did not use the cutting-edge “Volume” technology fans have soured on after its apparent overuse in previous shows. In Andor, there’s a plethora of wide shots and time spent on the landscape of the universe.

Even with its initially small-scale story, there’s an old-fashioned planet-hopping attitude that doesn’t just limit itself to the main character. We leap from heroes to villains to new characters to high-powered officials the hero hasn’t even met yet, all without getting lost. Is Andor the first Star Wars show on Disney+ that understands the concept of a B plot? It just might be.

After almost three years of high-octane drama picking at greater Star Wars lore like the Jedi or the Mandalorians, there’s not a single saber or Beskar helmet in the first four episodes of Andor. The Imperial drama is all small-scale, mainly focused on middle managers who are the first to pick up on the beginnings of a rebellion. Meanwhile, Cassian and his cohorts become rebels not because of Midi-chlorians or some prophecy but because they saw something wrong and, more importantly, saw a way to fix it.

Andor abandons all conventions of what fans want to see — saber battles, Force powers, cameos — and returns to what made Star Wars great in the first place: the David and Goliath story of a rebel army going up against an unstoppable empire.

Could Andor become Star Wars’ new normal? That depends on reception, but with The Mandalorian Season 3 still half a year away, this is a great palate cleanser. Glimpse into an alternate world where Star Wars got a big-budget HBO drama airing on Sunday nights, where plots aren’t rushed, the stories can start off small, and characters are more than just archetypal heroes. In Andor, they’re human beings with vices, flaws, and selfishness to account for.

It’s about time Star Wars became about the people, not just the superpowered heroes and villains.