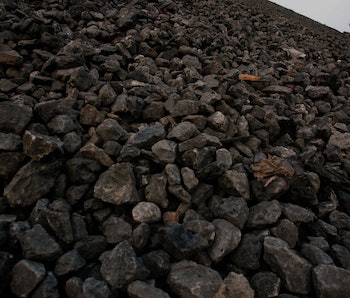 Already ranked the world’s biggest cause of greenhouse gas emissions from coal burning, it turns out China is blazing through as much as 600 million tons of coal a year more than the world was led to believe. China, you are the Michael Jordan of spewing sulfur dioxide.

This news comes from the latest edition of China Energy Statistical Yearbook, which details a run of under-reporting coal consumption for the last 15 years. Revised numbers include data from small factories not previously surveyed. That 600 million ton figure was from 2012 alone, and accounts for more than 70 percent of what the U.S. is burning annually.

The upgraded data comes at a bad time for sensitive political agreements, as leaders are set to meet in Paris this month at the U.N. Climate Change Conference to discuss an international framework to cut emissions.

More like this
Science
5.20.2022 12:00 PM
Look: Hidden fossils reveal a microscopic creature that may be resilient to climate change
By Jennifer Walter
Science
5.19.2022 9:00 PM
The world's most vital forests are dying at twice the rate they did 35 years ago — study
By Elana Spivack
Science
5.18.2022 8:00 PM
Pollution is responsible for one in six deaths each year — and it’s getting worse
By Tara Yarlagadda
Related Tags
Share: