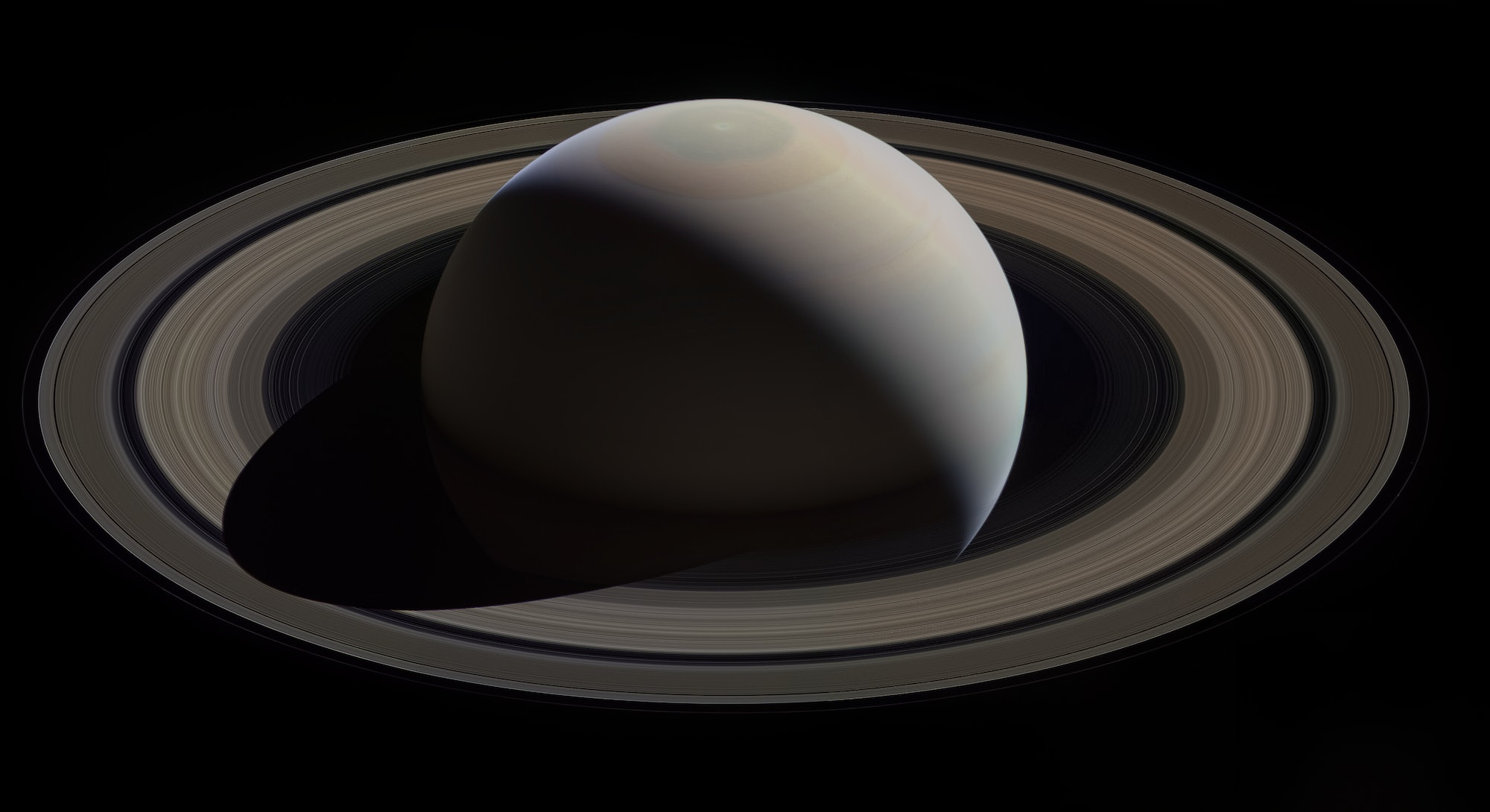 Moons of varying sizes orbit Saturn. They whirl in different directions. They orbit backward against the planet’s axis. They are assorted distances from their ringed host planet. And there are even more of them than we previously thought.

This scene of lunar “chaos” was recently confirmed by a second look at old data collected of Saturn, the solar system’s second-largest planet, which has now surpassed Jupiter to become the planet with the largest number of moons. Saturn’s current moon count is 82. (Go deeper with this data-heavy list of all of them.) Scientists always guessed these specks of data were moons, but they can now confirm it, thank to artificial intelligence.

The discovery was announced this week by the International Astronomical Union’s Minor Planet Center.

Astronomer Scott Sheppard from the Carnegie Institution for Science, who lead the team behind the latest discovery, describes how he went back to look at data that had originally been collected in the years 2004, 2006, and 2007. Using newly developed computer algorithms, Sheppard was able to prove that the moons were indeed orbiting around Saturn.

“We found several objects near Saturn and assumed they were moons, but we didn’t have enough data to prove they were orbiting Saturn,” Sheppard tells Inverse.

Sheppard believes that there may be up to 100 moons around Saturn, but that they are in need of the next generation telescopes to be able to detect the smaller ones.

Popular theories suggest that moons are either captured by the gravitational pull of the planets that they orbit, or that they formed from the debris that spilled over from their host planet following a giant impact.

Most of these moons were captured by Saturn’s gravity during the planetary formation process in the early years of the solar system, which explains how they all ended up in whirling, orbiting space chaos.

So, what do we know about these 20 new moons?

The smaller moons, the team believes, may have been a part of one large moon that was broken apart possibly by some kind of impact.

“The solar system was very chaotic, this is a glimpse into the chaos,” Sheppard says.

Jupiter, the largest planet of the solar system, was previously presumed to have the most amount of moons in its orbit with 79 moons. However, Sheppard explains that he was not surprised to see Saturn take the coveted spot, considering how Jupiter is closer to the sun (Jupiter is the fifth closest planet to the sun, while Saturn is the sixth).

“The sun kind of eats away at Jupiter’s gravitational sphere,” Sheppard says.

In 2018, Sheppard had also led the discovery of 12 new moons around Jupiter. Following the discovery, Carnegie ran a contest that called on people to issue new names for these newly discovered lunar bodies. The names included Pandia, Ersa, Eirene, Philophrosyne and Eupheme.

“These moons are part of the solar system, part of what the universe is,” Sheppard says. “We think the world should be involved in naming any object out there since they belong to everybody.”

That same motivation has led Sheppard to open the floor for more cutesy moon names, inviting the public to a Saturn moon naming contest.

Children in school are under the false belief that scientists already know everything that’s out there in the universe, according to Sheppard, but he hopes to inspire a younger generation to explore further than what we already know.

He adds that this new discovery, as well as potential future ones, may affect the upcoming space mission to Saturn, Dragonfly, scheduled to launch in 2026.

“As the spacecraft enters the Saturn vicinity, one of these moons will likely be near it,” Sheppard says. “They’re almost like a swarm around Saturn.”