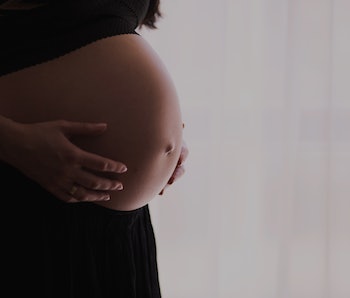 In the early 1990s, the the pro-life movement introduced a new strategy, and what became known as the “woman-protective antiabortion argument” emerged, centering on the claim that abortions hurt women.

Until that point, the pro-life argument was largely fetal-focused; internally, pro-life advocates debated whether that messaging was the most effective for their cause.

A new study of patients at 30 U.S. abortion facilities, released on Monday, shows that in many cases, the opposite of that woman-focused strategy is true: Being denied an abortion actually results in a woman’s poorer physical health.

Scientists analyzed data from the Turnaway Study — a longitudinal examination of the effect unintended pregnancy has on American women’s lives — to conduct their research. The study, released in 2014, examined the lives of women who wanted to have an abortion, but in some cases were turned away because they were past the gestational limit.

While previous studies that used Turnaway’s data showed that having an abortion is safer than childbirth, with respect to women’s physical health, there has been less research on how women are affected in the long run.

Dr. Lauren Ralph is an assistant professor at the University of California, San Francisco, and was a co-investigator on the Turnaway Study. She is also the lead investigator of this new study, published in the journal Annals of Internal Medicine.

“Overall, our study indicates that having an abortion is not detrimental to women’s physical health, but being denied access to a wanted abortion likely is,” Ralph says.

The new study (titled “Self-reported Physical Health of Women Who Did and Did Not Terminate Pregnancy After Seeking Abortion Services: A Cohort Study”) examined the health of 874 women who sought the services of those 30 U.S. abortion facilities between 2008 and 2010. Within this group, 327 received a first-trimester abortion, 382 received a second-trimester abortion, and 163 gave birth.

Semi-annually over the course of five years, these women self-reported via telephone the state of their health and, in turn, the researchers found that the physical health of women having an abortion was no worse than those who gave birth over the course of those five years.

However, some differences did emerge between the groups. Those who gave birth consistently reported worse health than those who did not. For example, five years after being denied a wanted abortion, 27 percent of women rated their overall health as fair or poor. In comparison, about 20 percent of the women who received an abortion reported the same.

Observing the two maternal deaths, Ralph says, was “sobering.” She explains that while the maternal mortality rate in the United States is high — especially compared to other developed nations — maternal deaths are still an uncommon event. On average, one in 1,000 women die in childbirth. But in this study, that percentage was closer to 1.2 percent.

“Now, because it’s so rare we can’t assess whether this difference is statistically significant,” Ralph cautions. “But, at the very least, we can say that these maternal deaths could have been avoided had these women had access to the health care they sought.”

Ralph hopes that her team’s findings offer “much-needed evidence” about what might happen if the United States continues to restrict women’s access to wanted abortions. While the U.S. Supreme Court recognized a constitutional right to abortion with Roe v. Wade more and more states have challenged its protections. In May, Alabama passed a bill banning abortions, with very limited exceptions, while a number of states have recently passed bills banning abortions after a fetal heartbeat is detected.

These bills may be unenforceable because of Roe v. Wade, and Alabama is currently in the process of being sued by the American Civil Liberties Union.

Fetal heartbeats can sometimes be detected as early as six weeks into a pregnancy — often times before women know they are pregnant. According to a 2016 analysis, 76 percent of American patients are able to have an abortion within seven days of calling to make an appointment. But the majority of these patients lived in states without a waiting period. For the others, living in states that required counseling before an abortion, or living in states with sparsely available abortion clinics, often means they can only access those services after those six weeks.

This study’s population is limited to women who sought an abortion — which Ralph sees as one of its strengths. Past research has largely focused at the health differences between women who chose to gave birth and those who did not. She explains that of something called the “healthy mother effect” — the idea that women in good health are more likely to continue a pregnancy — “previous research may have underestimated the relative safety of abortion as compared to childbirth.”

“The argument that abortion harms women, or, that restricting access to abortion is necessary to protect women’s health, is not supported by our data,” Ralph says.

Background: Research demonstrates worse short-term morbidity and mortality associated with childbirth than with abortion, but little research has examined long-term physical health in women with unwanted pregnancies after abortion versus childbirth.

Results: No significant differences were observed in self-rated health or chronic pain after first-trimester versus second-trimester abortion. At 5 years, 27% (95% CI, 21% to 34%) of women who gave birth reported fair or poor health compared with 20% (CI, 16% to 24%) of women who had first-trimester abortion and 21% (CI, 18% to 25%) who had second-trimester abortion. Women who gave birth also reported more chronic headaches or migraines and joint pain, but experienced similar levels of other types of chronic pain and obesity. Gestational hypertension was reported by 9.4% of participants who gave birth. Eight of 1132 participants died during follow-up, 2 in the postpartum period. Maternal mortality did not differ statistically by group.

More like this
Science
5.14.2022 10:00 AM
This viscous liquid metal could lead to a revolutionary robotics breakthrough
By Kurt Kleiner and Knowable Magazine
Science
5.9.2022 10:00 AM
Here’s the optimal amount of sleep for good mental health, according to a new study
By Barbara Jacquelyn Sahakian, Christelle Langley, Jianfeng Feng and Wei Cheng
Science
5.19.2022 11:00 AM
NASA InSight shutting down and more: Understand the world through 9 images
By Robin Bea
Related Tags
Share: