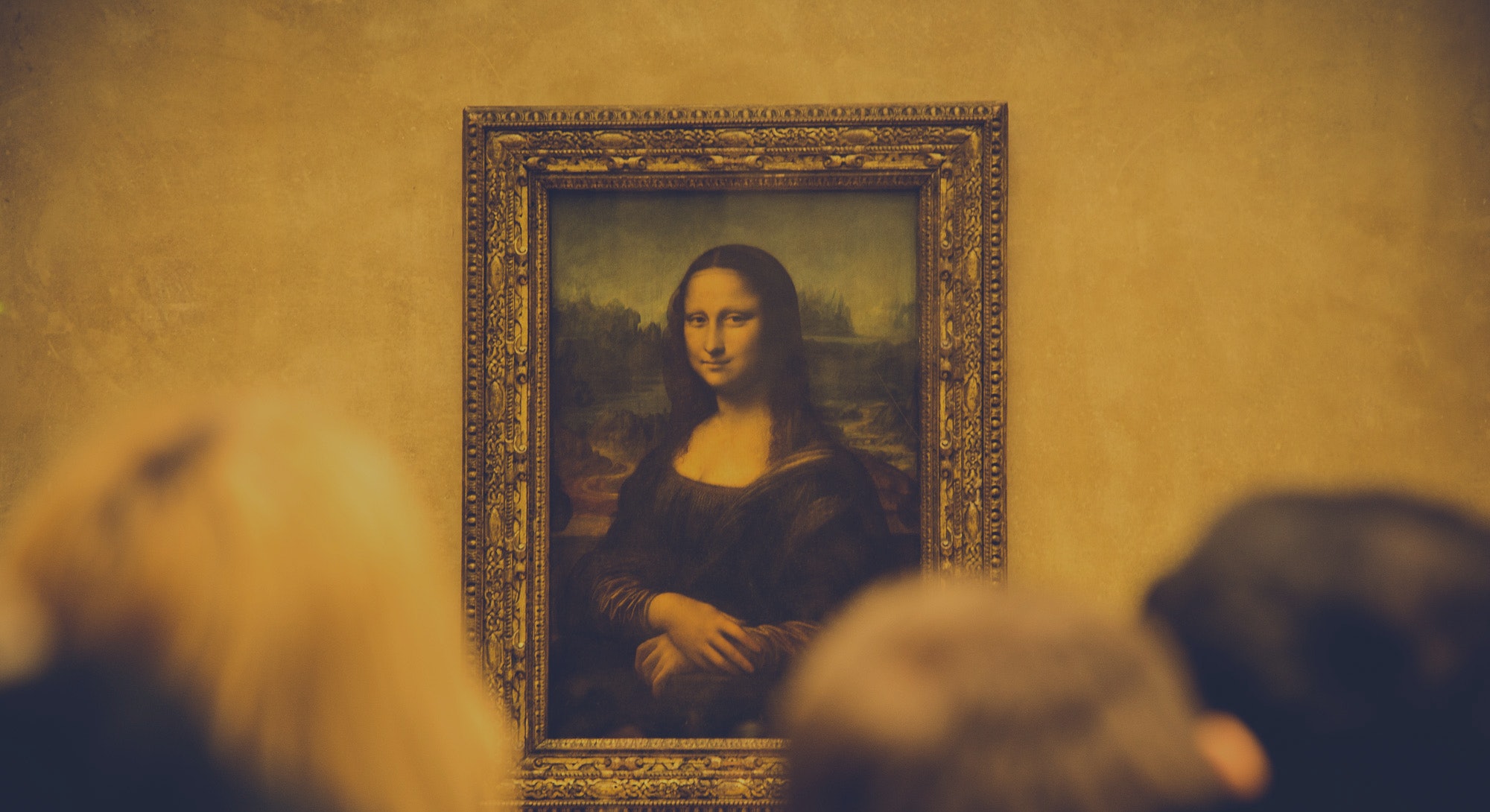 Before Leonardo da Vinci, most art fell flat. Pre-Renaissance painters hadn’t really figured out how to depict the world in three dimensions, so landscapes and portraits appeared rather cartoonish. The great genius of da Vinci lay in his ability to capture depth, which, as one neuroscientist argues in a new study in JAMA Ophthalmology, was due to his great talent as an artist — and an eye disorder known as strabismus.

People with strabismus have difficulty aligning both eyes simultaneously, so one eye may focus on an object while the other deviates. The deviating eye has a markedly different, “monocular” view of the world that has a broader field of view but reduced depth perception.

Imagine how different the world looks when you cover one eye and then uncover it. That quirk of vision, argues University of London visual neuroscientist Christopher W. Tyler, Ph.D., gave da Vinci the ability to better compare two-dimensional and three-dimensional views of the world and depict the difference in greater detail. In his study, he sought evidence for this hypothesis by analyzing portraits of da Vinci himself to determine whether or not his eyes were aligned.

Some believe the “Salvator Mundi” is a self-portrait of da Vinci. Tyler argues that the eyes show signs of strabismus.

Though it may seem a bit silly to go through paintings of the old master to measure whether his gaze was aligned, previous research on great painters that came after da Vinci gives credence to the strabismus hypothesis. In the paper, Tyler lists Rembrandt Harmenszoon van Rijn, Albrecht Dürer, Giovanni Francesco Barbieri aka “the squinter,” Edgar Degas, and Pablo Picasso as examples of other great artists whose self-portraits revealed signs of strabismus. What makes it hard to study da Vinci’s eyes, he says, is the fact that there aren’t any portraits of him.

"[The soul] guides the painter’s arm and makes him reproduce himself, since it appears to the soul that this is the best way to represent a human being.

What does exist, fortunately, are art-world theories that da Vinci modeled some of his most famous portraits and sculptures on his own face. Also useful to this study are theories that Andrea del Verocchio, da Vinci’s art teacher, based his “David” and Young Warrior sculptures on his young student. Tyler explains how he came to use del Verocchio’s work, together with da Vinci’s “Vitruvian Man,” “Salvator Mundi,” “Young John the Baptist,” and a rumored self-portrait, for this study:

Although several have not generally been considered to be self-portraits, da Vinci himself was very clear that artists’ work is likely to reflect their own appearance, writing in the Codex Atlanticus, “[The soul] guides the painter’s arm and makes him reproduce himself, since it appears to the soul that this is the best way to represent a human being.” Thus, any of his portraits may be considered to reflect his own appearance to some extent.

With images of these artworks in hand, Tyler got to work measuring the relative position of the pupils, irises, and eyelid apertures (openings) in each of them. He hypothesized that da Vinci had a type of strabismus called exotropia, in which the divergent eye tends to shift further out of the eyelid opening than one would expect. Overlaying digital circles and ellipses over the eyes of six artworks, he concludes that “most paintings exhibit a consistent exotropic strabismus angle of −10.3°.”

He corroborates this result by showing that the pinpoint reflection in the pupil of the reported self-portrait “Salvator Mundi” is also not aligned. This reflection, known as the “Hirschberg angle,” should be aligned perfectly if the person’s eyes are aligned and they are looking directly at a mirror.

The divergence in the “Salvator Mundi,” says Tyler, “is almost never made by portrait artists, so this should be regarded as quite telling in the present circumstance…”

Tyler makes a compelling case for da Vinci’s vision disorder, but there’s no knowing for sure, given the somewhat shaky evidence the purported portraits and self-portraits in this study represent. But whether or not he really had strabismus, there’s no denying da Vinci’s inimitable grasp of depth. He and other Renaissance painters devoted their lives to depicting the world as it appeared rather than how it was imagined or idealized through human eyes. Part of this faithfulness to realism led to the rules of perspective, which opened the door for artists to draw in three dimensions on a flat surface.

"Perspective is nothing else than seeing a place or objects behind a plane of glass, quite transparent, on the surface of which the objects behind the glass are to be drawn.

“Perspective is nothing else than seeing a place or objects behind a plane of glass, quite transparent, on the surface of which the objects behind the glass are to be drawn,” da Vinci wrote in his Notebooks.

Some scientists have even claimed that da Vinci had such an profound grasp of depth and perspective that he invented the first three-dimensional or stereoscopic image. In the journal Leonardo, they argued that the Mona Lisa and its far less well-known replica, which hangs in Spain’s Prado museum, together produce a three-dimensional image that “pops” when viewed side-by-side, like many common optical illusions. The Prado replica is painted from a slightly different perspective than the original, producing this effect.

Amid all these theories, what we know for certain about da Vinci is that he very faithfully depicted exactly what he saw. A doctor who looked closely at the Mona Lisa in September marveled at how da Vinci had masterfully captured the slightly bulging neck and yellow pallor of Lisa Giaconda’s burgeoning thyroid problem. If da Vinci really did depict himself in his work, there’s little doubt he was honest about his features, strabismus and all.

“Drawing is based upon perspective,” he wrote, “which is nothing else than a thorough knowledge of the function of the eye.”