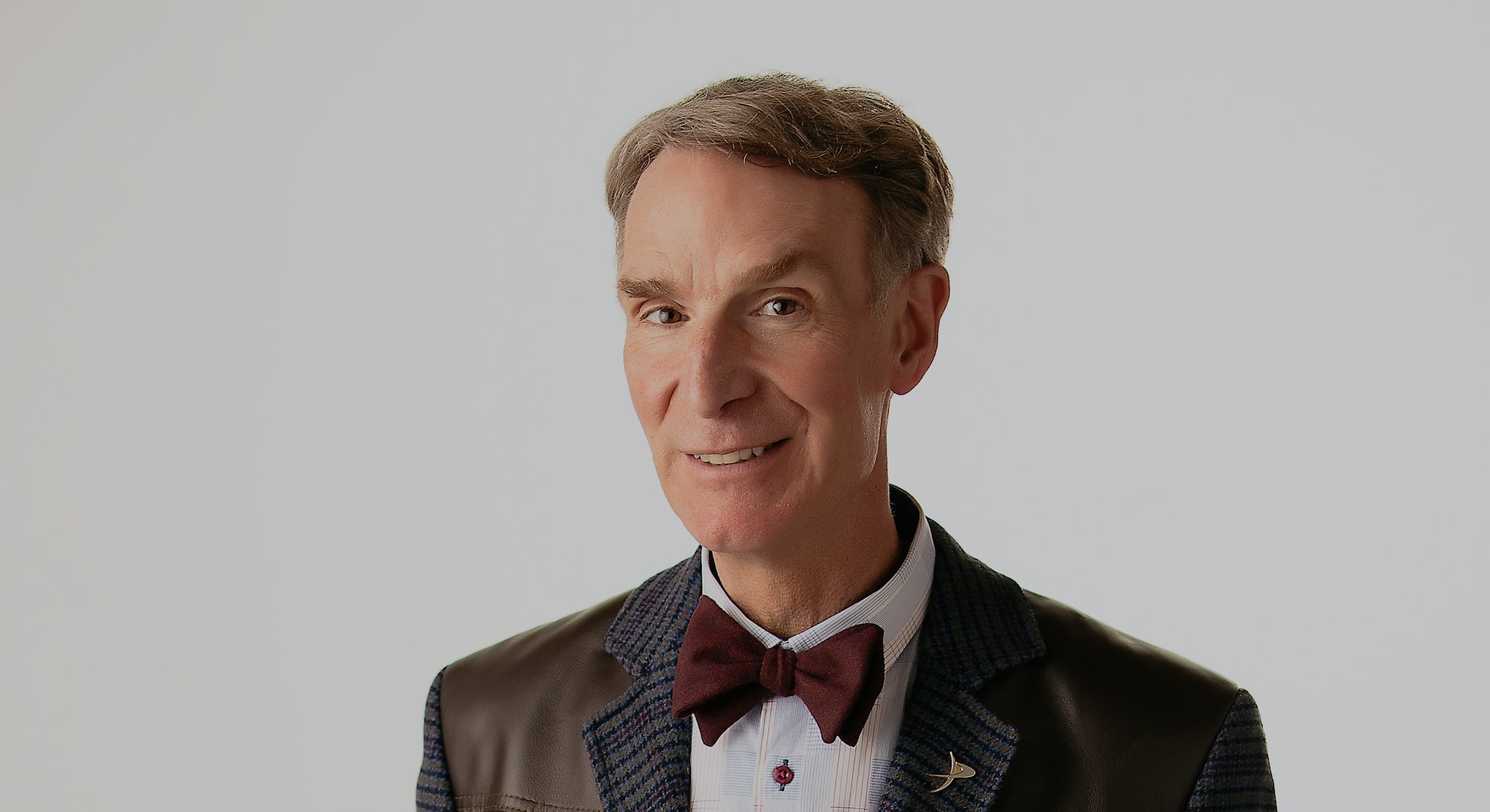 Nye, aka the Science Guy, is arguably the nation’s foremost science communicator, CEO of the Planetary Institute, and star of his own eponymous Netflix series. He’s got a science pedigree, though no Ph.D.

When members of 500 Women Scientists — an advocacy group activated by social issues as much as those that are scientific — found out that Nye would be Bridenstine’s guest, they condemned it in a Scientific American op-ed, under the title: “Bill Nye Does Not Speak for Us and He Does Not Speak for Science.”

“Bill Nye, who is basically an entertainer, is the public face of science, for better or worse,” Rukmani Vijayaraghavan, Ph.D., a postdoctoral astrophysics fellow at the University of Virginia and co-author of the op-ed, tells Inverse. “Having him lend his credibility to someone we thought is totally unqualified for the job of NASA administrator, we thought, was not good.”

As many of the op-ed’s writers tell Inverse, their intent was not to assassinate Nye’s character, but to challenge him to do better than publicly associate with someone they consider deeply unqualified to run NASA.

The group is unsparing in its broader criticisms of Nye, who claims a generation’s worth of fans for his five-season, 100-episode series that aired on PBS from 1994 to 1999. Its position is that Nye doesn’t represent the diversity of the scientific community, yet does so anyway: “Bill Nye is acting on the scientific community’s behalf, but without our approval,” is one such scorcher in the op-ed. If the popular rebuke of Trump was #NotMyPresident, 500 Women Scientists may as well have had #NotMyScientist directed at Nye.

The group also argues that Nye takes attention away from the breadth of scientific endeavors that could use public support, all to keep himself in the public eye.

The group was heard loud and clear; the backlash was swift.

“Bill Nye, who is basically an entertainer, is the public face of science, for better or worse.”

“There have been a lot of loud people who disagreed with what we said,” Kelly Fleming, Ph.D., a science and technology fellow at the American Association for the Advancement of Science, 500 Women Scientists board member, and co-editor of the op-ed, tells Inverse. “But overall it’s been positive. The positive just wasn’t as loud as the negative.”

On the 500 Women Scientists Facebook page, the critics were loud indeed.

The March for Science secret Facebook group, a related page, received such harsh feedback that moderators had to intervene. “There was a lot of hostility, and eventually the moderators had to shut down discussion and comments on that thread because it was getting really out of hand,” says Vijayaraghavan.

On Twitter, one commenter went so far as to compare the 500 Women Scientists group to Nazi scientists, calling their piece an attempt to blacklist Nye in a sort of ideological purification.

It wasn’t just the supporters of the science community that spoke up. Creationist and science denier Ken Ham took the opportunity to argue that the op-ed was an example of liberal politics spiraling out of control. Nye debated Ham on public TV in 2014 — an event that, the 500 Women Scientists note in the op-ed, helped Ham raise the money he needed to build his Creation Museum in Kentucky.

Even less heated readers were quick to dismiss the authors’ claims, arguing that the best option for Nye and the rest of the scientific community is to continue attempting to work alongside politicians.

More measured, “positive” voices in the debate pointed out that Nye’s attendance with Bridenstine could help bridge the ideological gap that has caused so much conflict in the first place. Politics aside, they noted, Nye will have to find a way to work with the NASA administrator, and maybe some collegiality will help convince Bridenstine of the importance of science-backed policies.

Still others flat-out supported the 500 Women Scientists’ stance, saying that the group had given voice to their long-held concerns — namely, that Nye had been opposed to including gender- and race-based diversity issues in the March for Science platform in 2017.

Representatives for The Planetary Society have not responded to Inverse’s request for comment, and Nye’s only personal statement on the matter, via Twitter, left the situation uncomfortably unresolved.

“Bill Nye stopped speaking for me when he implied that the March for Science was not a place for advocating for scientists of color.”

In a response published immediately after the 500 Women op-ed, Casey Dreier, the director of space policy at the Planetary Institute, wrote that Nye’s attendance did not constitute approval of the congressman’s policies. In fact, argued Dreier, Bridenstine has softened his stance on climate change, saying he now believes that humans are involved. As such, Dreier warned, alienating those we disagree with is extremely dangerous.

I strongly believe we must not write off people with whom we deeply disagree, either as individuals and especially not as an organization. . .That is the messy, unsatisfying, difficult essence of a functioning democracy. Treating people as apostates is not a path to changing their minds, it will only ossify them in opposition. It may not always work, but our ideals demand that we try.

But the SOTU is “not really a place for a conversation,” Fleming points out. Nye and his fellow Planetary Society members seem to argue that his attendance was not a political but a pragmatic attempt at advocating for space exploration. This rationale appears to be at odds with Nye’s previous arguments: As he told Inverse in 2017, “Science is political. To think that science is not political is incorrect.”

Now, Fleming argues, Nye behaves as if politics can be dropped at the door to make room for a purely scientific discussion. Whether this is a realistic course of action or merely idealistic delusion remains to be seen.

As the scientific sphere becomes increasingly polarized, it is becoming more difficult to imagine how political and ideological rivals will ever find reconciliation. While many scientists and communicators seem convinced that staunch protest is the only way to maintain the science community’s integrity, others have argued that America’s pro- and anti-science divide is not an ideological battle but a war of identity, and as such requires a more nuanced form of healing. Obviously, this will require discourse between both sides, but without an accepted protocol or venue for those conversations to take place, that solution remains an abstraction.

To many people, Bill Nye seems like the obvious delegate for those conversations, but in reality, his cultural reach is limited. As an older white man in a lab coat, he fits the classic Albert Einstein-inspired image of a scientist. In 2018, such people can be alienating. Fleming and Vijayaraghavan, along with 500 Women Scientists and countless other advocates for increased diversity in science, argue that Nye should be using his privileged platform not to further his personal brand but to elevate under-represented voices that not only have more to say than Nye but also a wider audience on which they can exert their influence.

To the 500 Women Scientists, the way forward might include scientists with a platform, like Nye, helping the public and policymakers hear from a broader sample of scientists from diverse backgrounds.

“He has the potential to really help promote people who know what they’re doing and people who have more at stake than he does,” Fleming says. “And he doesn’t really use that opportunity.”