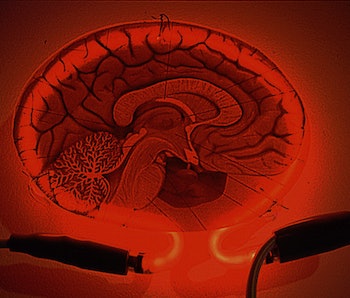 Not all 25-year-olds are the same: Just compare the carefully controlled power of Adele’s album 25 with the fun but frustrating Taylor Swift and her chart-topping 1989. Both artists released these albums when they were — you guessed it — 25, but each has a radically different take on what it means to live for a quarter of a century.

And yet, despite the stark differences between the two stars, there’s a growing body of research that suggests their brains underwent similar changes. Taken together, these shifts mark a peak in human cognitive development. Coincidentally, they also signal the beginnings of a slow and steady decline. Here’s what science says is actually happening at this turning point — whether you call it a quarter-life crisis is up to you.

3. Your Brain Hits the Brakes

Adolescent brains move fast: They can say “yes” to this and “no” to that, all without looking up from their phones. But that cognitive agility — specifically the brain’s ability to identify patterns and do it quickly — peaks around 25.

Earlier this year, researchers asked participants between the ages of 9 and 91 to play seemingly random games, like coin tosses and dice rolls. The results, published in the journal PLOS Computational Biology, show that after 25 the ability to identify these patterns begins to decline.

But as study author Hector Zenil, Ph.D., told Inverse at the time, slowing down isn’t necessarily a bad thing. As we age, he explained, we may be trading obscure tricks, like fast dice roll identification times, for something more important: real wisdom. While many cognitive skills may decline, wisdom doesn’t suddenly taper off in mid-life. Instead, it consistently increases well into our 70s.

2. The Prefrontal Cortex Gets Lit

Though your fast cognitive reflexes may be slowly eroding, at 25, your risk management and long-term planning abilities finally kick into high gear.

In May, scientists explained in Nature Neuroscience that the parts of your brain that control basic functions like eating, sleeping, and breathing are more or less formed in utero, but the prefrontal cortex — the seat of so-called executive decision making — takes a while longer to develop.

Scientists believe that the prolonged path to maturity explains why teenagers are the exasperating way they are, as National Geographic famously documented in 2011. By the time we’re 13, our brains have reached their full size, but they’re also undergoing a giant, expansive internal remodel. White matter grows thicker, synapses are pruned, and slowly — very slowly — the ability to think strategically about our needs and the needs of others develops.

This time-lapse video from the National Institutes of Health shows the dramatic change in grey matter in an adolescent brain between ages 5 and 20:

By age 25, the remodel comes to an end and brain development stalls. But, once again, it comes with a few positive side effects: By quarter-life, most of us have figured out how to control our impulses, plan and prioritize well, and organize our lives in a way that gets us to our end goals. We have, in short, grown up.

1. It Gets Harder to Change

But one of the downsides to all of these changes is that a developed brain is a hardened brain. While you technically can teach a 25-year-old dog new tricks, it’s only going to get harder with age.

In 2006, a meta-analysis of 92 personality studies published in Psychological Bulletin showed that our openness to other people and ideas tends to close off as we get older. The reason isn’t totally understood, but it likely has to do with the fact that once you’ve been around the block a few times, you become pretty certain about what you think and what you’ve seen.

Fortunately, research indicates that healthy minds have a lot of choice, even in old age. You can, in other words, choose to be open — if you want to. The same holds true for new skills, whether that’s playing the guitar or mastering Mandarin. Just because language acquisition really is harder after age seven and holding on to memories is more difficult, even for the fittest geriatrics, that doesn’t mean it’s impossible to continue growing over the course of your life. It just takes more determination and, in some cases, a willingness to be more childlike in order to nail “Stairway to Heaven” or order a dish in a foreign language.

So, don’t take your quarter-life crisis too seriously. While it may seem that your brain has peaked (it kind of has), there are still plenty of reasons to live — and to learn.