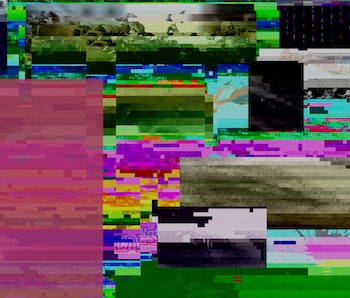 Humans are inundated with more online information now than ever, but there are a few ways to take it in without taking it all in.

Speed reading is defined as reading up to three times faster than normal — without losing any comprehension. The scientific community mostly agrees that speed reading at perfect comprehension is impossible; most people are incapable of glossing over words quickly without missing important information. In fact, when someone thinks they are speed reading, they’re probably just skimming.

That doesn’t mean you can’t try to speed read the internet, according to experts who offered some tips.

Only skim what you know

When a college-educated person reads text, they read at a speed of about 200 to 400 words per minute. There is huge variation in there, and it all depends on how closely a person is sticking to the text. By that count, a typical news article takes approximately five minutes. When a person speed reads, however, they cut that time in half.

“There’s a tradeoff between speed and accuracy,” said Elizabeth Schotter, assistant professor in cognition and neuroscience at the University of South Florida. “As you go faster you aren’t going to be able to get as detailed information out of the text. You want to develop more effective skimming techniques like reading just the parts of a story that you need.”

Think of skimming as a way of sampling

Skimming can serve as an exercise in efficiency and prioritization: Is what you’re reading actually worth your time? According to Marcel Just, director of the Center for Cognitive Brain Imaging at Carnegie Mellon, “Sometimes you’re really familiar with something and you can reconstruct the text after skimming. Speed reading isn’t a good method for expanding your knowledge base, but it is a good way to quickly determine what some piece of writing is about and whether it’s worthwhile to go read it in detail or not.”

If you’re an expert in astronomy, for example, you probably don’t need to read an entire article about how a lunar eclipse happens, but skimming it can be an effective way to pick up small details fairly quickly and efficiently.

Just’s research has shown that when a person speed reads, their brain has to work a lot harder to process information. Different areas are activated when a person tries to take in information more quickly than usual, and that can exhaust their brains.

So, is there any hope for consuming more data while not losing vital information? Not yet, Schotter says. Apps that use rapid serial visual presentation to help a user read fast, like Spritz or Velocity, are only presenting single words at a time and likely missing a lot of important details.

“Doing that doesn’t take into account the nuance that we need when we encounter these words,” she said. And the device doesn’t have access to the person’s ongoing understanding of the topic of the text. She added, “reading is actually a very difficult cognitive task that we’ve become very skilled at. We are all incredibly fast readers, actually, but there’s no magic bullet to this.”

More like this
Science
17 hours ago
Scientists want to know why swear words share this one universal trait
By Elana Spivack
Science
Dec. 4, 2022
We need to start treating grieving for our pets seriously — therapists can help
By Tara Yarlagadda
Mind and Body
November 30, 2022
Nightmares have plagued humans for millennia — do we finally know how to tame them?
By Elana Spivack
Related Tags
Share: