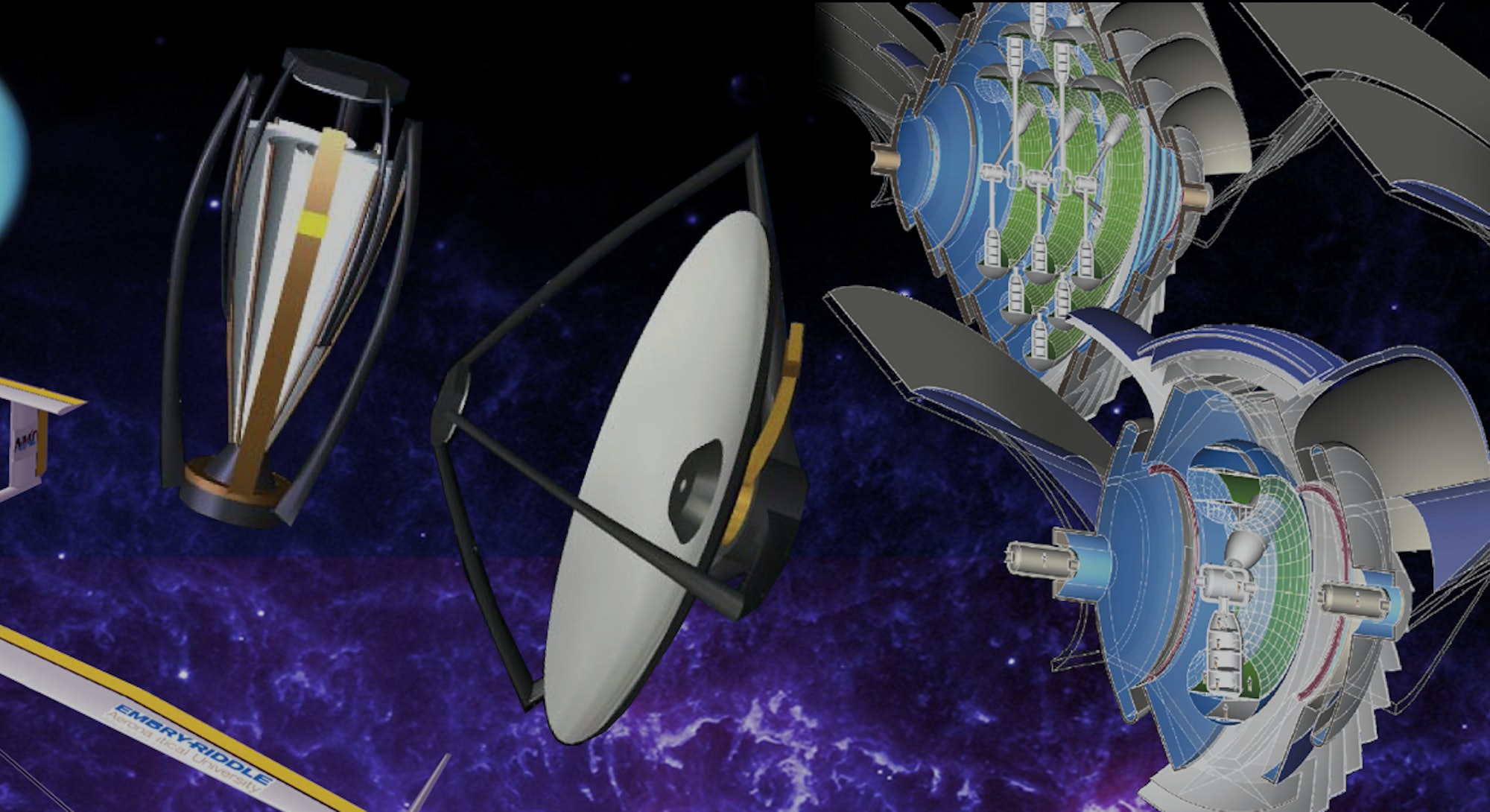 The fine folks who brought you the 2D space junk-destroying Brane Craft have announced a slew of new wild ideas that are so crazy they just might work.

Yes, NASA is back again with a new round of investments through its NASA Innovative Advanced Concepts (NIAC) program. The agency has just given awards potentially worth $500,000 to eight research teams to pour into developing and testing new experimental technologies that could prove critical to future space exploration studying the universe.

A month ago, the agency announced a slew of Phase I funding to 13 different experimental projects, each worth up to about $100,000.

Previous Phase I awardees are now getting the extra bump they need to continue refining their prototypes and demonstrate the feasibility of their designs. The new Phase II awards run up to half a million dollars for two years, and are meant to allow teams to turn their projects from concept to reality.

“The NIAC program is one of the ways NASA engages the U.S. scientific and engineering communities, including agency civil servants, by challenging them to come up with some of the most visionary aerospace concepts,” said Steve Jurczyk, associate administrator of NASAs Space Technology Mission Directorate, in a news release. “This year’s Phase II fellows have clearly met this challenge.”

Although the Phase II studies sprawl a wide array of technologies and purposes, many of them are focused around making crewed and uncrewed deep-space missions work. In the context of NASA’s push to get humans to Mars, and with projects like the Stephen Hawking-led Breakthrough Starshot initiative expressing explicit goals to reach other star systems, it’s not surprise NASA’s focus on future technology would be trending towards interstellar travel.

Below we get into each project a little and offer our take.

Don’t let the jargon here trip you up. This is all just code for saying, SpaceWorks is trying to build a new habitat system that can safely and comfortably take humans to Mars and back. The idea is to put astronauts in an inactive, non-cryonic torpor sleep state for most of the trip. This means developing not just an interior that’s livable, but one that can create a safe, stable stasis environment that keeps people cozy while they hurtle toward the red planet.

DAP is a novel, low-cost atmospheric satellite that would traverse the lower stratosphere and use a combination of wind and solar energy. The glider-like robotic aircraft would sail without propulsion just by harnessing the natural environment for energy. Exactly what DAP could do is unclear, but demonstrating that such an aircraft could run purely on wind and solar would be an astounding breakthrough for future aviation.

Getting to other worlds doesn’t just mean jetting off as fast possible — it also means ensuring we can slow down safely enough so that a spacecraft can actually settle into another planet’s orbit to study it or to land on the surface. And current braking mechanisms aren’t good enough. The proposed Magentoshell, on the other hand, would deploy a dipole magnetic field containing a magnetized plasma that would provide an impediment against atmospheric flow and produce drag that helps slow down the aircraft, without causing dangerous frictional heating. This is by far one of the craziest Phase II proposals, but also one that aerospace engineers sort of love.

The goal behind this study is to investigate using directed energy to achieve relativistic flight for interstellar travel. In layman’s terms, that means traveling to other worlds by going really, really fast by exploring propulsion systems that emit highly-focused energy in the hopes that the force can push a spacecraft out with a very high velocity.

Although we want to send humans to other worlds one day, the best way to understand where we want to go is to send smaller, unmanned spacecraft out that can study those places and let us know what’s out there. Small spacecraft need fast propulsion systems, too. Plasmons are the oscillations of free electronics that can form clusters and interact with one another. If we can harness this interactivity in a way that creates a central force that can push a spacecraft forward, it would mean we have a sustainable propulsion system that could send nanosatellites out to other systems within just a generation’s time or less.

Imagine a robotics system that automatically constructs a rotating space habitat that’s ultra-lightweight (about one gram), allows for life, protects from radiation, and limits the effects of zero gravity. That’s the goal behind GATS. Using tensegrity approaches (which build strong constructs out of lightweight materials by patterning them into tense-strengthened designs), the project aims to build a space habitat that could be an affordable, efficient way to grow crops and house humans in space that are orbiting the Earth or other planets and moons.

Space telescopes like Hubble and Kepler have revealed more about outer space than we ever imagined we’d see. But we can only use them as they are built and launched — they are static tools, after all. So what about a reconfigurable telescope that can change how its mirrors are arranged and structured in order to peer more closely at different objects of different distances? Here’s an answer for you. Meet APERTURE.

Space can actually get really hot when the sun is involved. Direct sunlight can heat a spacecraft up by a significant rate. This is unhelpful to future missions in which we’ll want to ship supplies in cold or cryogenic storage back and forth between different worlds. One of the ways to keep a spaceship cool is to make sure it can reflect the sun’s rays off. The point of this “Solar White” project is to develop a reflective surface that can bounce back more than 99.9 percent of the sun’s energy.